Woman played small but vital role in the war 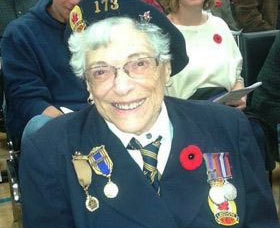 Iris Tweedy was stationed in Vancouver for Pacific Command during most of the war. (Photo contributed)

Ninety-seven-year old Iris Tweedy had a small but vital role in the Second World War.

Tweedy was stationed in Vancouver as a secretary for the Pacific Command for most of the war. It was during this time, in June 1942 that Japan launched an attack on Estevan Point on Vancouver Island. While this attack didn’t lead to any deaths and caused little damage it promoted swift action from the Canadian Forces.

Tweedy also played her part during three days of meetings between the Pacific Command in B.C. and commanders of the prairie provinces which followed the attack.

“I got chosen to take the minutes down which was quite a job. So I felt quite honoured to be asked to do that. That’s really my highlight,” said Tweedy

Tweedy also recalled the series Fu-Go balloon bombs launched by Japan in 1944 in Canada, the USA and Mexico. Like the incident at Estevan Point the bombs did not cause any damage in Canada, which could be a reason that these attacks are not widely known.

“Not a lot of people know that [happened],” said Tweedy.

In 1945 Tweedy took the trip overseas during which she was tasked with receiving the news from the radio room and posting it on the bulletin board.

“I felt I was doing something important. Going over of course there was always the fear of getting hit,” she said.

While overseas she was placed in a similar position to what she had in Vancouver.

“I just had a good job and when I went overseas, they put me in the same job so they wouldn’t have to train me,” she said.

Although the war was over, Tweedy’s trip back in 1946 to Canada was also eventful.

“We were piled in to come back because there were lots of people that went overseas. And we were in a cabin. And everybody got sick except me because I was used to the water,” said Tweedy.

For her part Tweedy says that Canada does a good job of honouring our veterans and carrying on their legacy, but she thinks the general public needs to take the time to understand what happened. “In Kelowna, they’ve got a war museum so it’s really a matter of people studying,” she said. 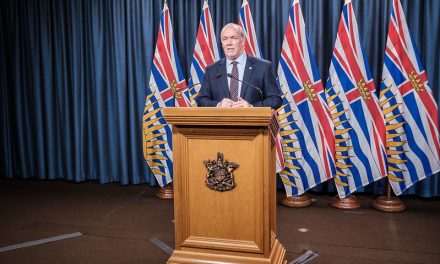