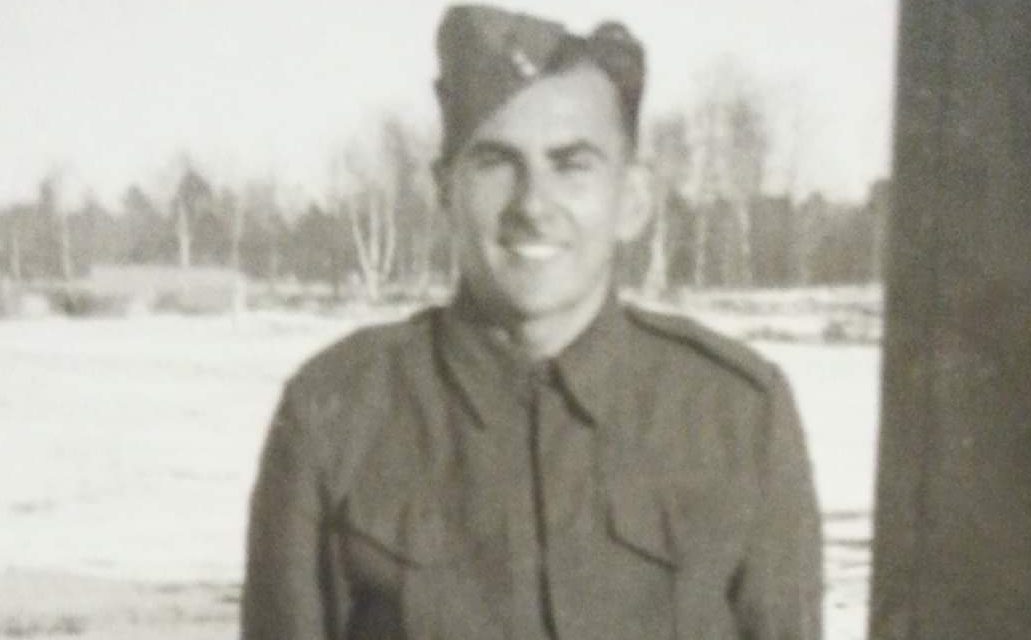 Hurley Conrad was supposed to participate in Operation Jubilee when he suffered an accident that likely saved him from certain death during the raid. (Photo provided by Jackie Compston)

Having his leg crushed by a cart saved veteran Hurley Conrad’s life in the Second World War.

Conrad, who was stationed in England in 1942 as a truck driver, was supposed to participate in Operation Jubilee, which saw the allied forces led by Canada attempt to take the port of Dieppe in northern France. This raid was unsuccessful and saw mass casualties for the allies.

Just days before the raid Conrad was helping load transport trucks when the accident happened. Following the battle his sergeant went into the tent where Conrad was being treated and told him his entire platoon had been killed.

Conrad, who passed away in July at the age of 101, spent the rest of the war in the United Kingdom, protecting the shores of England.

“He saw a German plane fly over and it was so close to him he actually saw the guy’s face,” said Compston. Unfortunately the weapon he had wasn’t able to take down the plane, which Conrad later learned had attacked a residential area.

“He took a lot of anxiety [from it]. And he didn’t like to talk about the war too much,” Compston said.

While in England he twice was invited to Windsor Castle to have tea with (then) Princess Elizabeth, something he was really proud of, Compston said.

The rigors of battle took a toll on Conrad.

“When I was talking to him, I said, ‘Oh, when the war was over, you must have been pretty happy.’ He says ‘No, I was really sad. Because all my friends were dead.” It was really upsetting for him,” Compston said.

The years after the war also saw hardships for Conrad as his dad passed away and his family’s home burned down.

“They lost everything,” said Compston.

Conrad worked odd jobs until 1955 when he decided he wanted something more. He went to the unemployment office, where the only job they had was a mining position in B.C. Although Conrad had no experience in this field he lied in order to receive a train ticket to Bralorne where the mine was located.  Once there he confessed to the person in charge what he had done. Unfazed about Conrad’s lack of experience the boss asked if Conrad could give five years of work in the mine.

“He stayed for 11 years. He was an extremely hard worker,” Compston explained.

As Compston said Conrad could have done many things, despite only having a Grade 3 education.

“His dad was a fisherman and said the boys didn’t need to go to school, because they’re just gonna go and fish,” Compston said.

“My dad had, I would say, a very high IQ. He should have been an engineer. I think he would have really gone way farther ahead, if he had a decent education.”

Conrad and his wife Thelma resided in Osoyoos from 1967 until the early 1990s where he had a garden that he was famous for.

We’d have people driving by from Vancouver stop and ask if they could take pictures,” Compston said.

According to Compston the garden was the result of an enormous effort by her dad.

“When we first moved there it was [just] a house and the back part of it wasn’t developed at all. It was just the pile of weeds. And my dad dug that property up with a shovel. He had the most beautiful garden.”

Hurley and Thelma resided together in Princeton until Thelma died in 2015.

Compston explained the two most important values that she learned from her dad were honesty and hard work.

“We were just brought up that way. Our family values were my dad was a hard worker, we saw how hard he worked.” 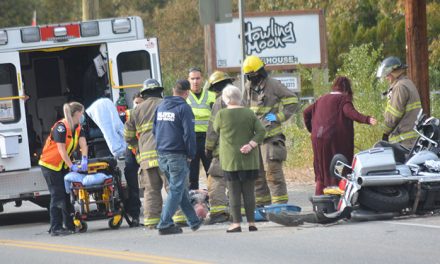 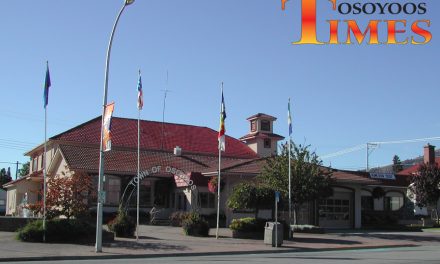 CASI ASKING FOR RECIPES FROM OSOYOOS SENIORS FOR NEW COOKBOOK 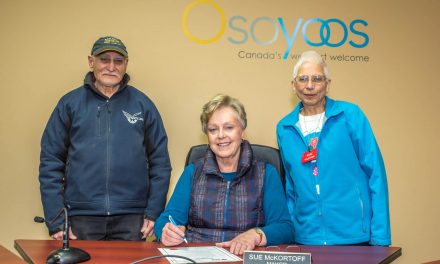