Where Are They Now? Catching up with Kyle Demelo 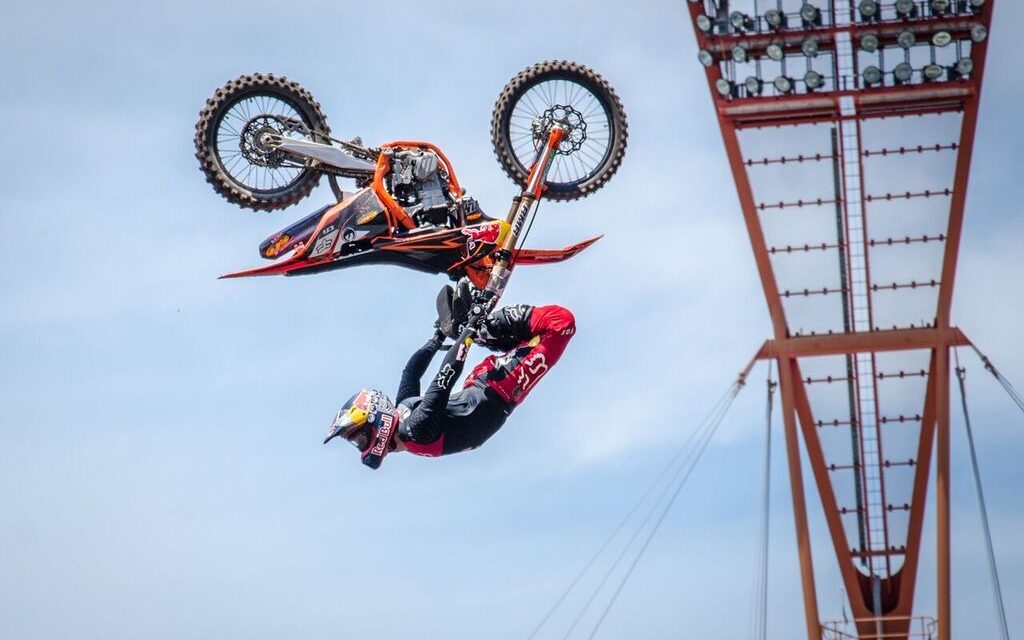 Kyle Demelo, one of the best freestyle motocross athletes in the world, is most content in the air as opposed to on the ground. (Photo by Brandon Demelo)

Most people like to feel solid ground under them at all times, but Kyle Demelo is not like most people.

That’s why he’s one of the world’s best freestyle athletes on a motorbike.

The young man from Oliver is the most solid when he’s in the air pulling off stunts that not only defy gravity but just plain logic.

“I get scared a lot but that’s how I learn. It puts me into a very vulnerable place and I do not like it. But the only way to get past that is to trust yourself and go through with it.”

The daredevil grew up in Osoyoos and began riding around the farm at age four. At age 12 his family moved to a ranch in Oliver where he operates Camp H, a motocross training facility.

“Growing up in Oliver was fun for me. I was never really a consumer so didn’t need the shopping centres.”

At age 15, Demelo started competing in races around B.C. and found himself always wanting to go bigger, jump higher and farther.

His focus then turned to freestyle, punctuated by big jumps and lots of air.

At home, Demelo added to his bag of tricks almost daily, which kept the sport super fun.

“I pushed myself and wanted to be one of the best. I laid myself out a game plan and how I was gonna get there and there was nothing that was gonna stop me.”

Demelo faced a lot of roadblocks that he had to navigate, but he persevered and simply went around them.

His goal was to compete at X Games, which he did five times.

“There were so many members in our community that came together and helped me achieve what I achieved and I’m super grateful for it.”

People ask him what his limit is. The sky? Well . . . when he was younger he would have said he would never do double backflips, front flips or 360s. But now he does that every day and is only one of three people in the world doing some of these tricks.

The double backflip comes with a huge risk factor because when it goes wrong, it really goes wrong.

“As soon as the trick starts to spin it’s such a fast and aggressive flick off the ramp that it wants to toss you off the bike, so I have to squeeze the bike with my knees and heels as hard as I can to stay with it, and you are just holding on for the ride . . . it’s a scary one!” 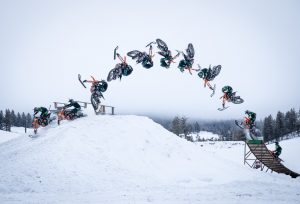 Kyle Demelo is the only person in the world to land this front flip on a snow bike.
(Photo by Brandon Demelo)

However, what he is most proud of is doing a front flip on a snow bike  (which you can watch on Youtube). He is still the only person in the world to land this trick. This was a challenge beyond anything he’s done in the past.

Demelo and local entrepreneur Jeff Muller went to work building a snow bike from a Timbersled kit. Soon enough, Demelo was doing backflips on it. But that wasn’t enough; he wanted a bigger “wow” factor.

“A friend said front flip it. I laughed and said yah, right, as if.”

But the more he thought about this pinnacle trick, the more he had to do it. So he spent days and nights (up as late at 11 p.m.) training in a foam pit in January.

Finally, at X Games, he was pumped for the trick, but the course was significantly different than what he had trained for. He under-rotated and crashed, breaking his bike in six seconds. But his teammate offered to forego his second run and gave Demelo his bike to land the trick.

However, the bike felt very different to what he was used to riding, but he wasn’t turning away now; there was redemption to be had here.

“I left the jump and yeah, it’s coming around a little slow but I know I can muscle it out and ride away. As I came around and touched down on landing I held on hard as I could. My ski landed in a deep hole and it just tossed me over the bars.”

Well, that was it for X Games. He was hurting. His bike was broke. He’d had enough.

A month later someone made the comment that Demelo was under-experienced for the trick. That lit the fire again and he immediately called Muller and said “I’m doing this, fix the bike, we are doing it at home and it’s getting done.”

He reached out to Mat Koenig, manager at Mt. Baldy Ski Resort and asked for help with his plan. He needed a snow cat to push up a pile of snow to make the landing. No problem; Koenig delivered.

They had a small window with clear skies and it was game time.

“I jumped on the bike and went for it. It was a slow rotation but it touched down and I rode away. I dropped my bike moments later and was so full inside. All the hard work, late nights, crashing and negative talk around it got put to rest.”

Freestyle comes with all manner of risk and injuries. In Mexico City in 2016 he crashed and broke his right shoulder blade in five places, plus all of his ribs on his right side. If that wasn’t enough, he split his right lung in half.

“Ha ha, I mean, I have jumped cars in the past but nothing distance wise like Evel did. We have jumped big distances around the 200 mark but honestly it doesn’t mean much to me.”

For Demelo, being in the air, even for two seconds, is the zone that he feels most content in. Everything slows down and it feels like he’s in the air for a long time.

“The weightless feeling you get from it is super cool.” 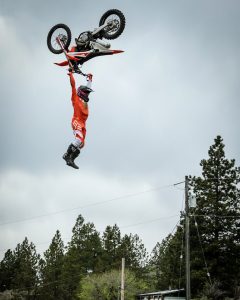 Are you kidding me? How is this even possible?
(Photo by Brandon Demelo) 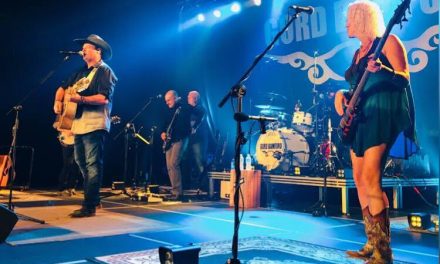 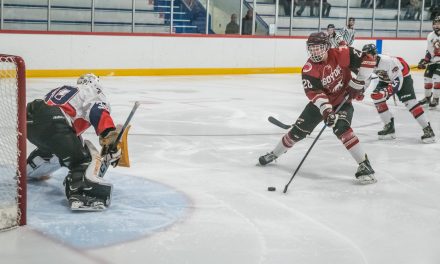 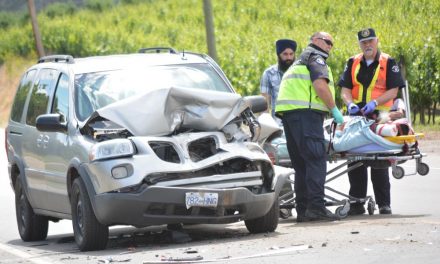 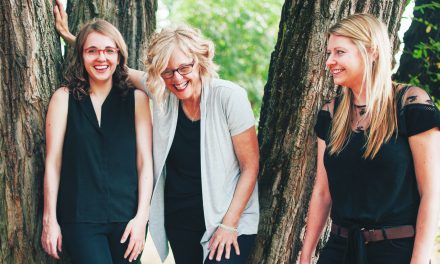