Respected pharmacist in Osoyoos terminated without cause 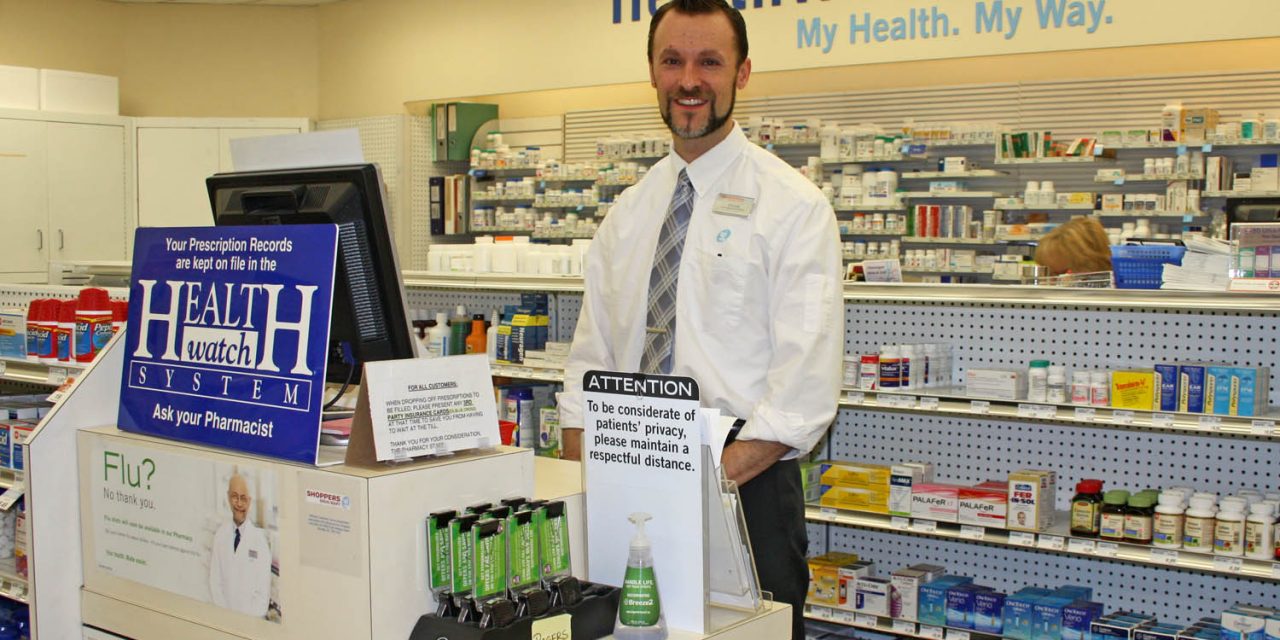 Steven Hopp, longtime pharmacist at Shoppers Drug Mart, has had his contract terminated without cause. File photo

Osoyoos residents were shocked to learn that a popular pharmacist will no longer be helping them with their medication needs.

Steven Hopp, who has been the associate owner and pharmacist at Shoppers Drug Mart since 2007, was informed by the company on Oct. 6 that his contract would be terminated without cause.

“[It was] a complete surprise. I’ve always done a lot to try to help the pharmacy profession and to help Shoppers Drug Mart. Everything I’ve always done in relation to the company was always with the goal of trying to help make things better for the company and other owners and in my opinion, supporting the brand,” Hopp said.

On top of his work in Osoyoos Hopp also represented all of the store owners in the Okanagan, acting as a voice for them when it came to dealing with corporate matters.

“I mean, is someone always going to agree with everything from the corporate office perspective when you work for a big franchise company? No, of course not. And we had open discussions in these meetings where there’s sometimes disagreement, but that’s the nature of things like that. It’s like that with any company,” Hopp said.

After the news became public many residents expressed their disappointment on Facebook, thanking Hopp for his years of service.

“You can add me to the list because he was excellent. Helping customers and having a friendly helpful staff, the whole bit,” said Valorie Watson who has been a Shoppers Drug Mart customer for 30 years.

Hopp was surprised at the outpouring of support. “Maybe I didn’t realize as much (how popular he was) until this happened, to be honest because that’s not my goal and never has been,” he said.

“I became a pharmacist because I care about helping people. And I became an owner because…I think in a position of owning a business…you have a real opportunity to help the community.”

Hopp also sent that message to those working under him at the Main Street store.

“Every single person in the store, from a pharmacist to my management team to cashiers, I always talked to them about how they have a real opportunity to make a difference in the community with each interaction that they have with people.”

According to Watson that effort was felt by the customers and was one of the things that set Hopp apart.

“The staff are friendly, and it was just a whole ambience to it. And I attribute it to Steven,” she said.

Hopp and his family also tried to be active in the community beyond what he did with Shoppers Drug Mart.

“I’ve tried to be involved with the community and support as many local service organizations as possible. We’ve always been donating wherever possible to events that the town puts on. Of course, supporting the trick or treat Main Street and many other events around town [as well as] professional service groups,” he said.

“I grew up in a small town in Williams Lake and am passionate about patient care and small town living and the advantages of being in small towns, for people and families. So I just always wanted to do as much as I can for the community and help out people.”

Hopp also expressed concern for the patients he cared for. “It’s not about me in these situations. It’s about people in the community, the patients and our customers who I really value,” he said.

The timing of the termination is also strange given that the COVID-19 virus is still going strong.

“People need people [in health care] they can trust. And I think that my track record probably speaks for itself that there are a lot of people in the community that trusted me,” said Hopp.

Hopp is still trying to process the situation before he determines what is next for him and his family.

“There were a lot of emotions that I went through. As I’m sure anyone can imagine, there’s lots of people that have gone through losing a job that can probably relate. I have a family and a mortgage and expenses like anyone else. So, there’s, of course, concerns and anxieties there,” he said.

“So I’m just trying to figure out the next steps. And to be 100 per cent honest at this stage, I still don’t know. I can work as a pharmacist somewhere for someone else. And that may happen, I really don’t know. At this stage I’m just talking to friends and family and trying to figure it out. The first few days were rough. I’m dealing with things a lot better now,” said Hopp.

While the contract he had with the company did state they were allowed to terminate it without cause, Hopp was only given a letter and had a short conversation with Shoppers Drug Mart,  neither of which gave a satisfactory explanation.

The company did not respond to the Times-Chronicle’s request for comment.

“No cause has ever been discussed in person or in the letter. That’s the confusing thing. When you’ve given so much to a company, you’d expect a little bit more in return and maybe a discussion regarding reasons, but there’s never been anything,” explained Hopp.

Hopp said that he imagined retiring in Osoyoos. “I feel like I’ve formed a lot of ties to the community. My wife and I really loved the area. We have a seven year old and ideally would like to stay in the area. But at this stage, I can’t really say,” he said.

Watson thinks “the powers that be” will eventually realize that this decision was not the right one. “I think it was a big mistake. It’s a real loss to people in Osoyoos,” she said. 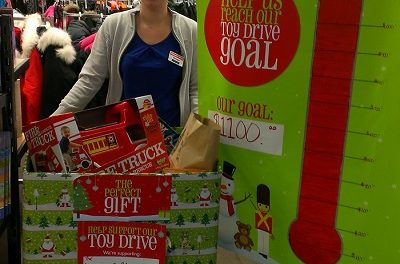 The Bargain Shop in Oliver hosting Santa, and collecting toys for Knights of Columbus