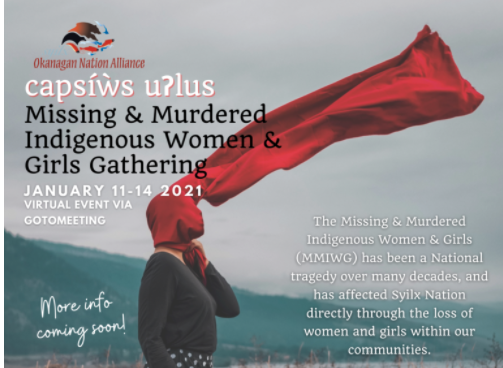 The Okanagan Nation Alliance is continuing its work to address Missing and Murdered Indigenous Women and Girls (MMIWG) with the second annual gathering to address systemic issues and empower approaches to address them.

For Indigenous communities in the Okanagan the issue of missing and murdered Indigenous women and girls is prevalent, and the scale is “enormous,” according to Jennifer Lewis, Wellness Manager for the Okanagan Nation Alliance.

“The issue of violence against Indigenous women and girls is no stranger to our people here in the Okanagan. We have many of our young women who are being groomed before being violated, issues of sexual violence and violence against women has been at epidemic rates, it’s just not very much talked about,” Lewis said.

“The silence of violence is pervasive in our communities. And so we absolutely have many incidents of violence against women in terms of physical, sexual, emotional, spiritual violence. We’ve also had a number of our women go missing and have been found murdered.”

Part of the first day of the four-day gathering is remembering the missing and murdered women in the community including Diane Stewart, who was reported missing New Year’s day 1997. Her remains were found in that same year on  Penticton Indian Band land and there are still no answers as to her disappearance. Monica Jack, 12, was last seen riding her bike on the Highway of Tears near Nicola Ranch. Her remains were found in June 1995, 17 years after she was killed. Garry Taylor Handlen was found guilty of first degree murder in 2019, over 40 years later. Another woman remembered at the gathering is Roxanne Louie who was killed by the great grandmother of Louie’s son, Grace Robotti, in Naramata in 2015.

“She left behind a son and the people that did that to her went to court and were found guilty. It’s just that idea that Indigenous women are our less-than, that they’re able to be abused and violated and and we want to bring awareness to those issues about upholding the respect and dignity of our women and stopping the violence and the systemic violence, interpersonal violence, or community based violence,” Lewis said.

The Okanagan Nation Alliance’s Wellness Committee identified needs to address family violence in the Okanagan Nation in 2015 and the ONA Chiefs Executive Council passed a Tribal Council Resolution (TCR) in 2019 to support the calls for justice out of Reclaiming Power and Place: the Final report on the National Inquiry into Missing and Murdered Indigenous Women and Girls.

The Youth Empowered and Strong, or YES program, started out to address family violence and violence against women and girls, and has since expanded to sexual violence, sex trafficking rings in the Central Okanagan and missing and murdered women and girls. The ONA recently received $500,000 from the Ending Violence Association of BC towards sexual assault response service programs over the next three years which is being put towards emergency sexual assault response.

“There’s so many of our women who have experienced sexual assault, and we don’t have culturally appropriate support because we’re such small communities and our families know each other,” Lewis said.

The ONA is actively exploring other funding options as well hoping to introduce in-school education for youth.

The MMIWG gathering will explore a broad range of topics, hearing from local survivors and national advocates.

“So there’s quite a trajectory of issues, going from very young and very personal to very broad, like human sex trafficking rings, and that kind of thing. So that’s why we have a number of different presenters that are coming,” Lewis said.

The work being done by Indigenous people, especially women and girls, is crucial, Lewis said. The national inquiry has released its report on MMIWG and the while it was important, now is the time to implement the calls for justice recommended by the report, she said.

“The Reclaiming Power and Place report came out two years ago, and there’s still not been a lot of movement in terms of federal and provincial implementation of the calls to justice. And so I think that’s a message that we’d like to get out there,” Lewis said. “This inquiry happened and it made a difference. It made a difference to those families who shared, it made a difference to those communities and nations that are impacted. And we really need to call on the federal and provincial government to really put a lot more resources and effort into implementing those what those calls suggested.”

The virtual gathering is taking place via GoToMeeting and registration is now open. 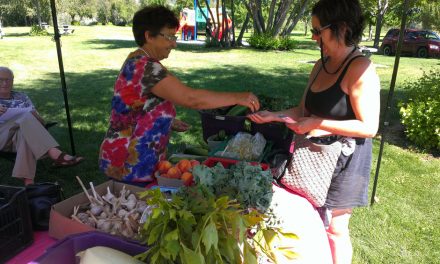 Everything fresh at Farmer’s Market 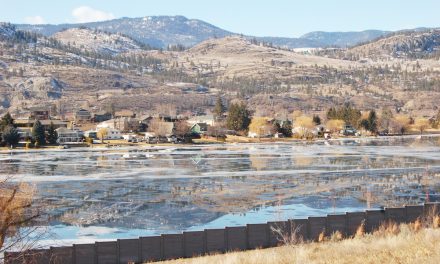 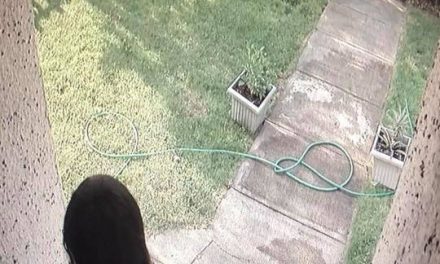