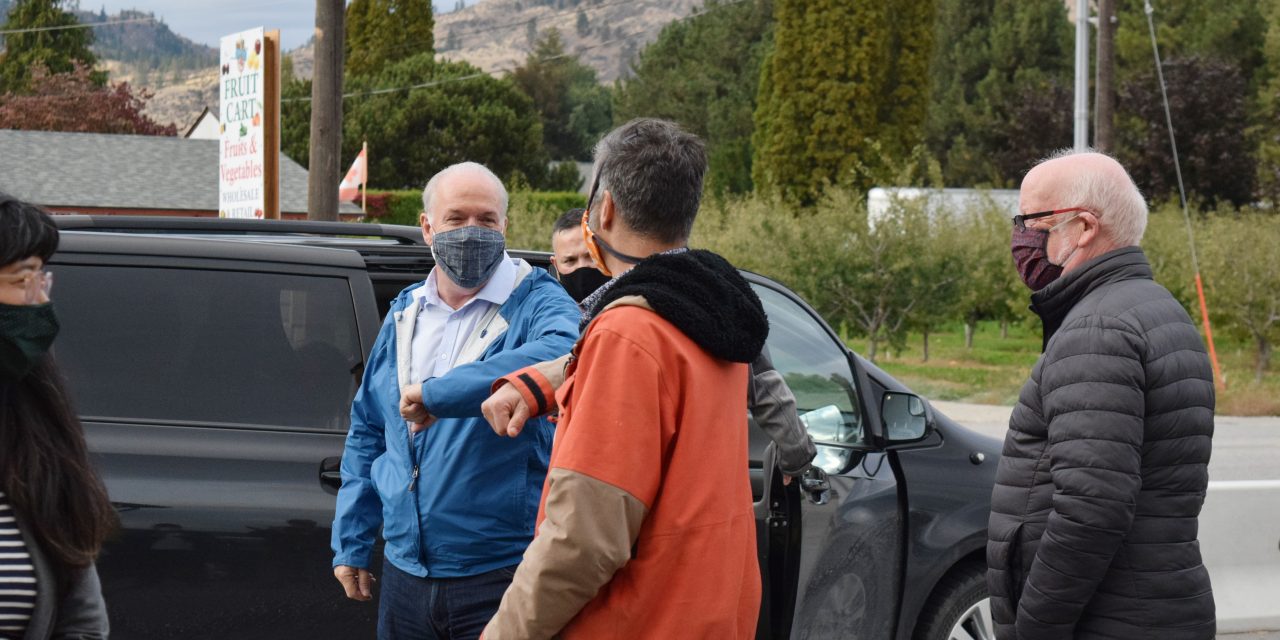 NDP leader John Horgan’s campaign made a whistle stop in Oliver to support the Boundary Similkameen NDP candidate Roly Russell — the only party leader to visit the riding thus far.

“Roly and I met at a collaborative meeting with the forest industry, so to have someone like Roly on our team to bring Interior issues and values to the table is so critically important,” Horgan told a crowd of roughly 30 supporters at Nature’s Basket.

Horgan expressed surprise at the amount of people who showed up to chat and rub elbows (literally) with the NDP leader, who noted tackling a crisis often seems to bring he and Russell together.

“I also want to bring up that Roly and I met during crisis as well with the floods in Grand Forks. I said to Roly ‘if we’re letting your community down here’s my number, you phone me,’” Horgan said.

“We can’t put the river back where it used to be but we can do our level best to make sure those that are affected by it get the supports they need, get to restart their lives, and have the quality of life the people in the Boundary want, the people of South Okanagan want and the people of British Columbia want.”

Horgan spoke with Mayor of Princeton Spencer Coyne who was in attendance as well discussing primary care networks.

“Those pieces are critical for rural B.C. Stuff like the primary care networks which the NDP has been really pushing hard, which I think is super important,” Russell said. “It’s exciting to be working for a team that is actually willing and able and open to creative models that are going to help rural B.C. because we know that is very different than what we’ve seen in urban centres.”

With smaller population centres, rural voices need to be amplified and Russell is that voice for the riding, Horgan said,.

“He understands community. He knows what needs to happen, as a regional director he understands that governance happens when you have people working together. He and I worked very closely together on flood relief in Grand Forks when he was a regional director” Horgan said. “I believe bringing his talents, his ability to communicate with people to Victoria will mean we have a better, stronger voice.”

Following a leaders debate which saw little discussion of Indigenous people in B.C., and the NDP leader later apologizing for saying he does not see colour, Horgan told the Times-Chronicle “I am confident Indigenous issues will never be far from my mind.”

“Because it’s so important that we redress the wrongs of the past and create a brighter future for everybody,” Horgan said, adding he spoke with Grand Chief Stewart Phillip on the phone Saturday.

“We worked very closely on the U.N. Declaration on the Rights of Indigenous Peoples and he said at the time ‘reconciliation is not for wimps, this is the first step in a very long journey.’ Repurposing our responsibilities to each other won’t happen overnight,” Horgan said. 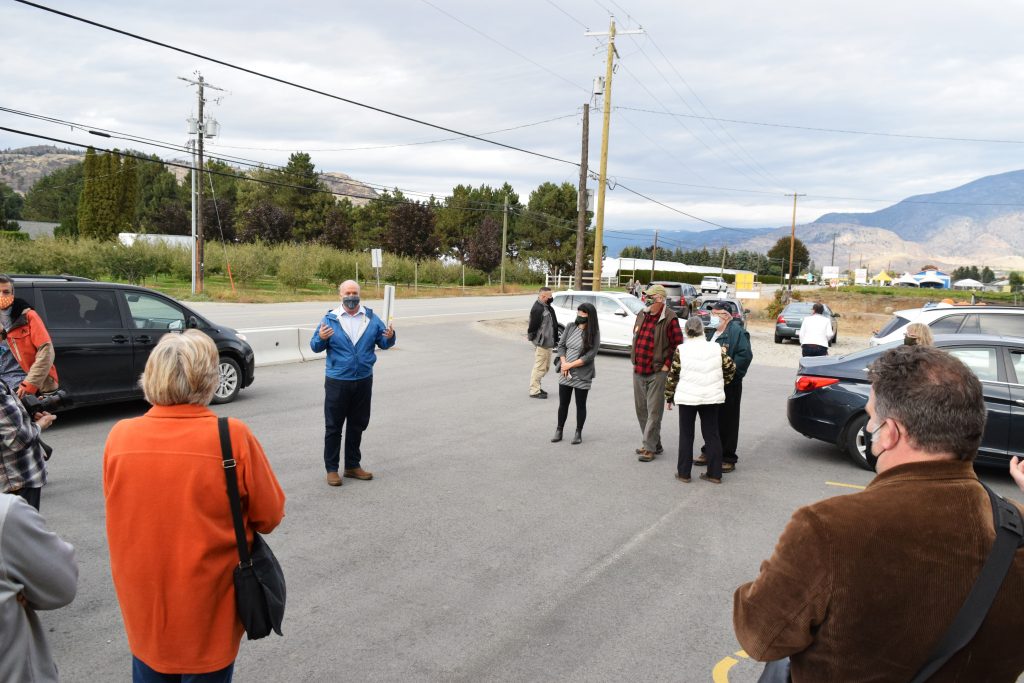 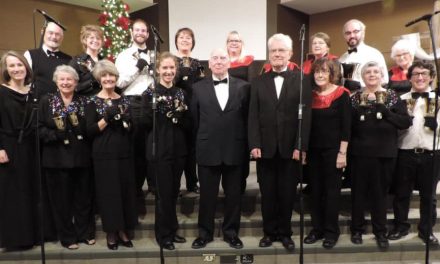 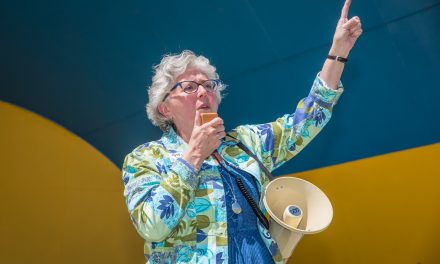 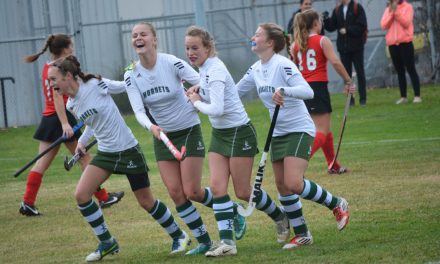 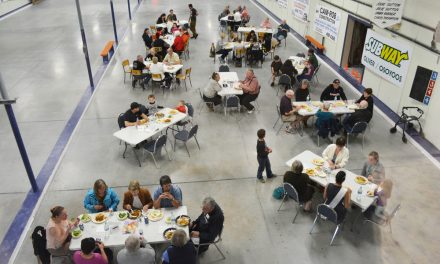 Oliver pasta feast for a great cause