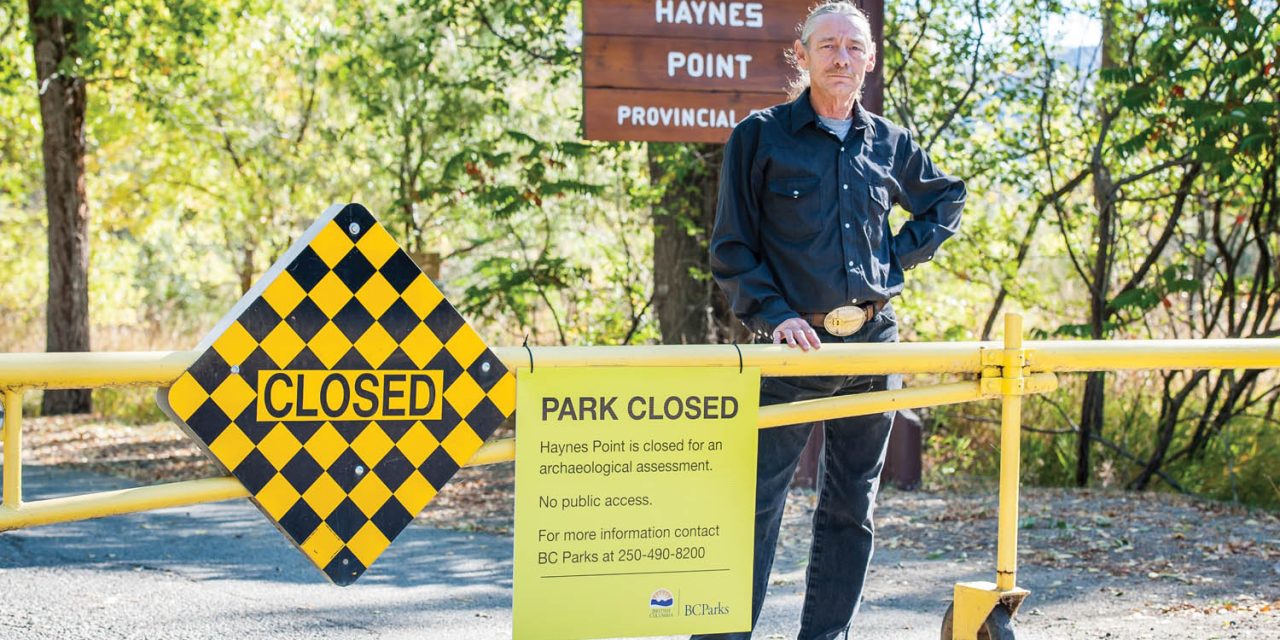 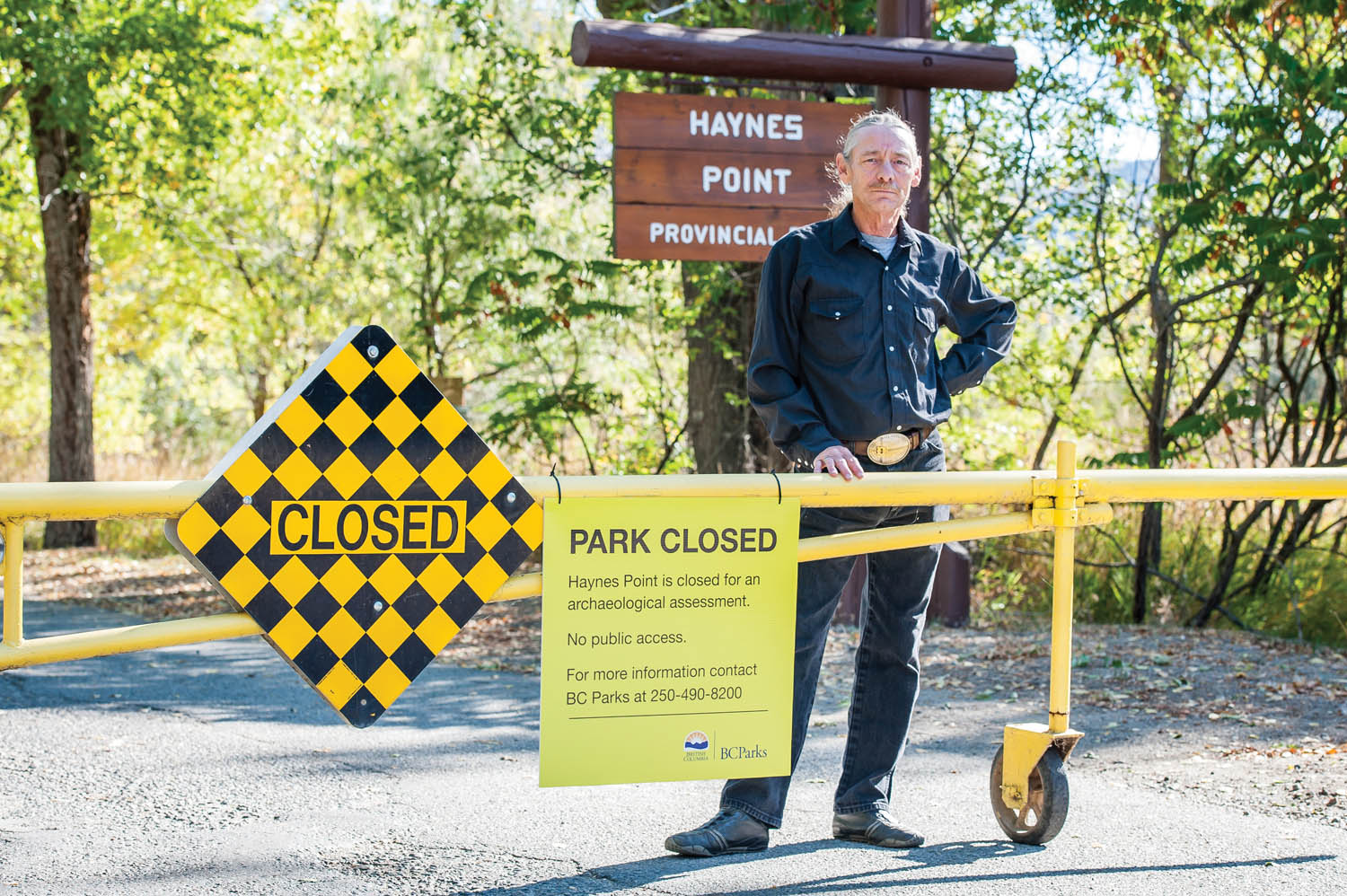 The old Haynes residence was built in 1882, but in March was slated for demolition. The building had deteriorated and is beyond repair. (Richard McGuire photo)

A second – and final – public meeting over the pending closure of Osoyoos Secondary School (OSS) drew another huge and vocal crowd to the Sonora Community Centre in March, urging School District 53 trustees to keep the high school open.

Well-known Osoyoos dentist Jason Bartsch received one of the loudest ovations of the night in front of the roughly 650 in attendance when he said Osoyoos might open its own independent school if the trustees close OSS.

“Don’t think for a second there isn’t an appetite for an independent secondary school in this district,” said Bartsch, who was the last of 20 speakers during the emotion-packed community forum. “Founding a first-class independent school in Osoyoos is a very real solution.

“We have the people and the resources to assemble a viable alternative to public education, open to everyone, with a first class state of academy offerings such as golf, hockey, culinary arts and agriculture. Everything that makes this area unique and by closing our schools … you force this community to consider all options.”

Bartsch strongly recommended the board accept his proposal to appoint a district-wide stakeholder group with a “clear mandate of keeping our rural schools intact and to find a local solution.”

Bartsch also commented, as did many other speakers, that the current board of trustees would leave a lasting negative legacy if they chose to close either Osoyoos Secondary School or Osoyoos Elementary School.

Bartsch said there are many viable options available that would reduce costs and allow trustees to meet budget targets without closing any school.

“Our community is your main chance at increasing enrolment over the next few years and by closing our schools, you are committing your district to failure and initiating a very destructive cascade of events.

“The illusion that closing one of these school will solve future problems is grossly misrepresented. Quite the contrary as it will force families out of the district, further reducing district-wide revenue, ultimately resulting in the district’s failure.”

Brenda Dorosz, chair of the Save Our Schools committee in Osoyoos, said a petition being circulated had almost 4,000 signatures asking both schools in Osoyoos remain open.

“We, in Osoyoos, are currently the only community of 5,000 facing potential school closure,” said an emotional Dorosz. “This is very wrong.”

The trustees must look at all options, including a four-day week and more blended courses, before closing any school, she said.

“Do everything in your power to keep Osoyoos schools open,” said Dorosz to the trustees.

“If you fail to do this, then this community will do everything in our power to keep our kids educated right here at home. Is School District 53 ready to deal with those consequences? We ask the trustees to unite with us and save our schools.”

Meanwhile, the Town of Osoyoos made a last-ditch attempt to get School District 53 to delay the closure of any Osoyoos schools until a regional stakeholder committee can look for solutions.

McKortoff sent a letter to school board Chair Marieze Tarr telling her that town council doesn’t accept the closure of OSS as the solution to SD 53’s budgetary problems. That letter was posted on the town’s website.

As well, she said, other local governments support the town in this matter and need to be part of a shared solution.

The mayor also suggested cost savings by sharing services with municipalities and the Regional District of Okanagan-Similkameen should be explored.

McKortoff also pointed out that Tarr’s explanation for the decision to close OSS has shifted from a budgetary issue to one of quality of education available to secondary students.

Osoyoos parents haven’t expressed any dissatisfaction with the quality of education their children are receiving at OSS and education results indicate the school is meeting or exceeding provincial averages, McKortoff said.

“There is no guarantee that quality of education and overall personal development of OSS students will be improved by a move to SOSS (Southern Okanagan Secondary School),” McKortoff wrote.

As school closure issues dominated the headlines, NDP Education Critic Rob Fleming accused Larson of doing “almost nothing” to advocate for Osoyoos and its students in the face of a potential school closure.

Fleming criticized Larson’s refusal to attend either of two public meetings in Osoyoos about the pending closure of OSS.

She also rejected Fleming’s claim that she is representing Victoria to Osoyoos instead of being the voice for Osoyoos in Victoria.

“He’s incorrect,” she said. “I have been doing what it is my job to do, which is supporting the Town of Osoyoos, the school board and Save Our Schools, in helping them to come to solutions.”

In other news, it was announced that the property commonly called “Haynes House” was being torn down.

“Looking back, this place was a big part of my life and it certainly played a big role in the history of Osoyoos,” said local historian and lifelong resident George Fraser. “I was the third generation in my family to have lived there for an extended period of time and most families can’t say that.

“You lose a bit of your identity as a community when historic buildings like this are torn down, but I realize the building was old and run down and there’s not much the new owners could do with it.”

Fraser was age 10 when his parents Douglas and Dorothy moved into Haynes House. His grandfather George Sr. had leased the home and property in 1917 and bought it outright three years later. Judge John Carmichael Haynes started building the two-storey, 10-room home back in 1878. It took four years to build the 1,900-square-foot home.

Haynes died in 1888 and the property was taken over by a gentleman named Tom Ellis in 1895, said Fraser, a career teacher who arguably possesses the most knowledge about the history of Osoyoos than any living person.

In 1906, Leslie Hill bought 1,100 acres, including the Haynes House, and planted 30 acres of peaches, cherries, pears, plums, apricots and apples and this became the first commercial orchard in the Osoyoos area.

In 1917, his grandfather, G.J. Fraser, leased the Leslie Hill Estate after the death of Hill in 1916, said Fraser.

In 1919, his grandfather purchased the property after his initial three-year lease expired and subdivided the land to officially form Osoyoos Orchards Limited.

In 1945, his grandfather retired and moved out and his parents moved in.

The new owners of the property that was home to this community’s most historic landmark said they were going to do everything possible to keep the Haynes family name as part of their new family winery.

The family that purchased the 1,900 square foot house and 14 acres of adjacent property is the Dhaliwal family from Oliver.

Harbens and Harkesh Dhaliwal have owned and operated a 12-acre former orchard near Oliver – which they have since converted to a vineyard – since the 1980s. They also own another vineyard in Creston and travel back and forth between Creston and Oliver on a regular basis.

Their oldest son Ricky Dhaliwal, 25, was the family spokesperson and man in charge of building the new winery.

“It has been a dream in our family to own our own winery … and we’re finally making that dream come true,” said Dhaliwal

Negotiations to purchase the Haynes residence and adjacent property took several months and the deal was finalized in early December, said Dhaliwal.

“We would love to be able to do something like naming our tasting room with the Haynes name involved,” he said. “We want to meet with members of the Haynes family and see what they would be agreeable to.”

His family is also considering naming one of its higher end varieties of wine using the Haynes name, he said.

Construction on the new winery continues into 2017. 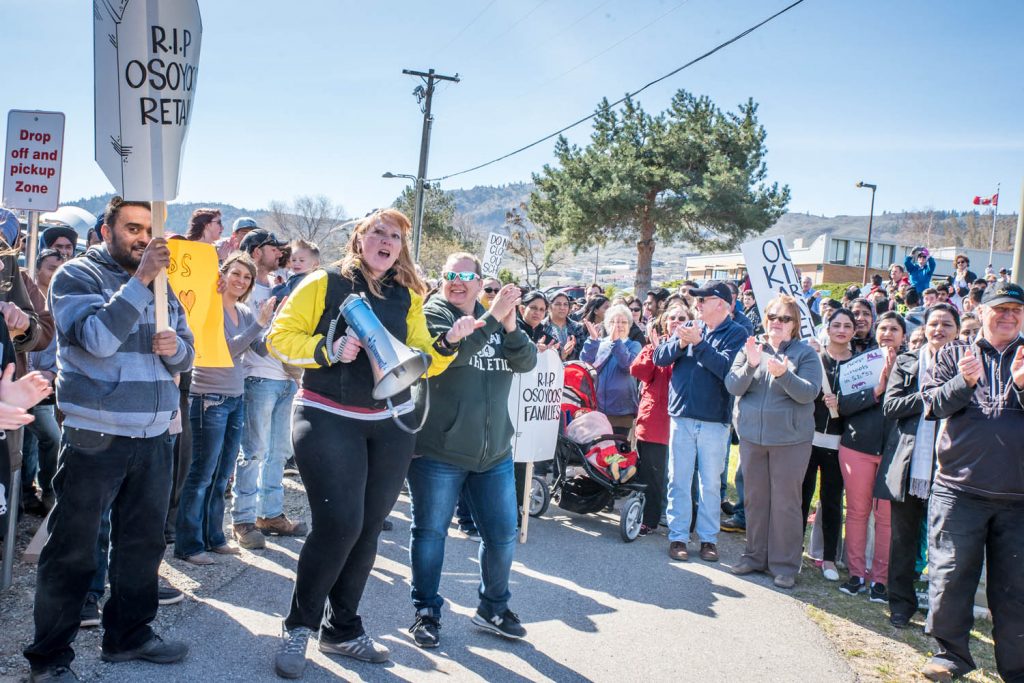 Hundreds of local residents turned out at a rally in March to show their support for keeping Osoyoos schools open. The rally at Osoyoos Secondary School was organized by Brenda Dorosz (with megaphone) and other members of her Save Our Schools (SOS) committee. (Richard McGuire photo) 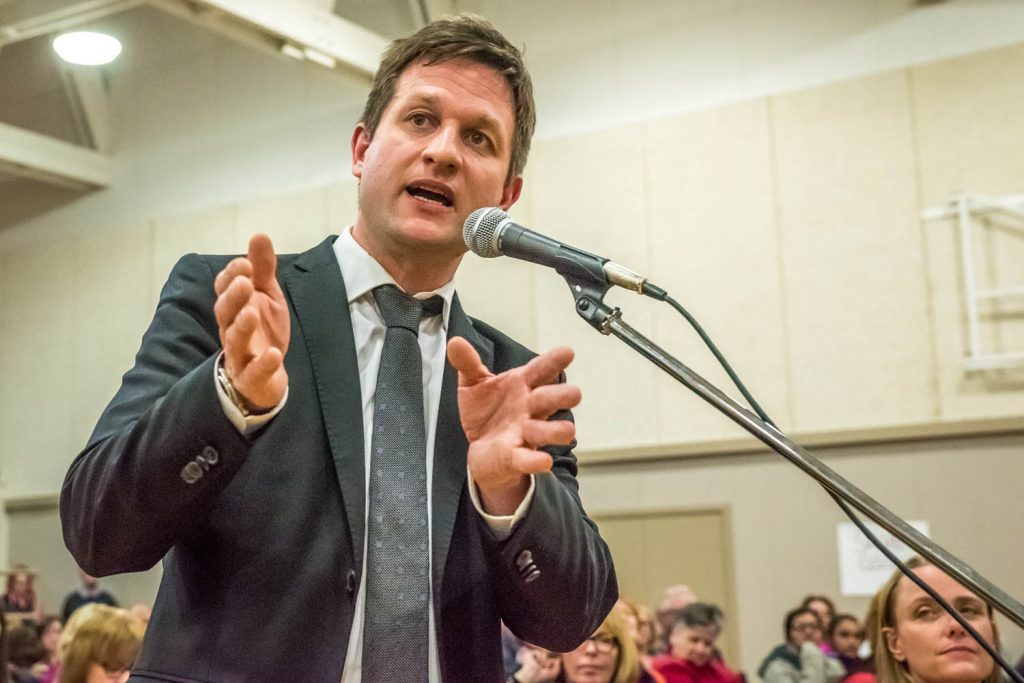 Rob Fleming, provincial NDP education critic, who came to Osoyoos last March for a “public consultation” meeting, ridiculed the suggestion by Education Minister Mike Bernier that the decision to close schools lies solely with local school board. The problem, he said, is cuts in the provincial government’s education funding, which is forcing school boards to close schools to deal with budget shortfalls. (Richard McGuire photo) 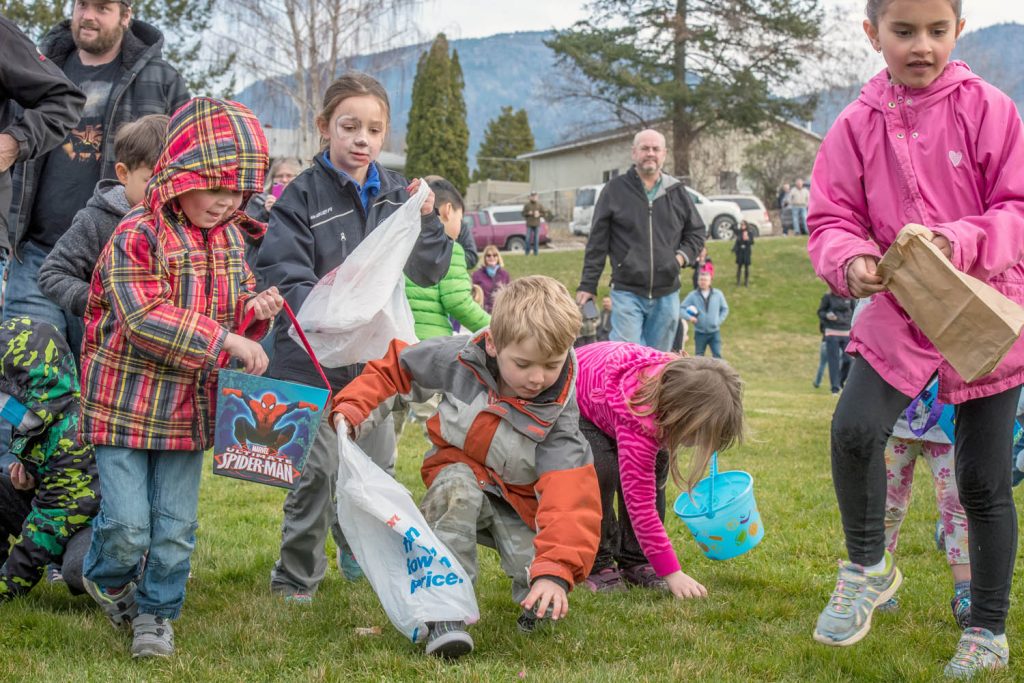 Not even a full minute elapsed when the last of thousands of candy Easter eggs were picked from the lower playground at Osoyoos Elementary School during Easter Eggstravaganza last March. (Richard McGuire photo) 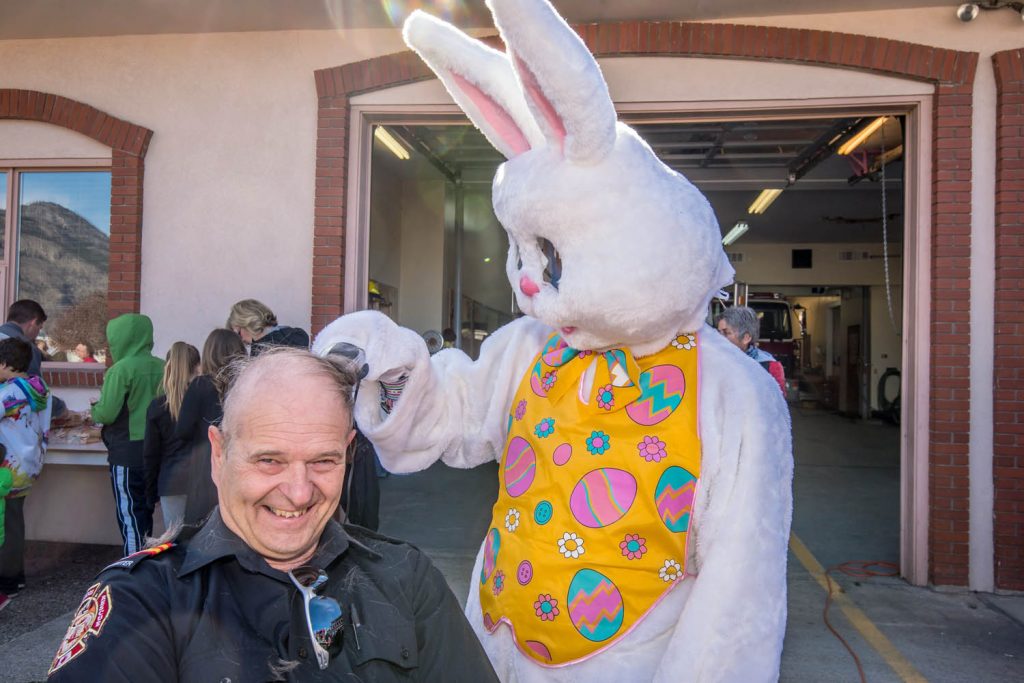 The Easter Bunny, aka Ken Baker of the Osoyoos Times, gives firefighter Colin Lancaster a “hare cut.” The Osoyoos firefighters were getting their heads shaved and selling hot dogs to raise money for the Canadian Cancer Society during Easter Eggstravaganza last March. (Richard McGuire photo) 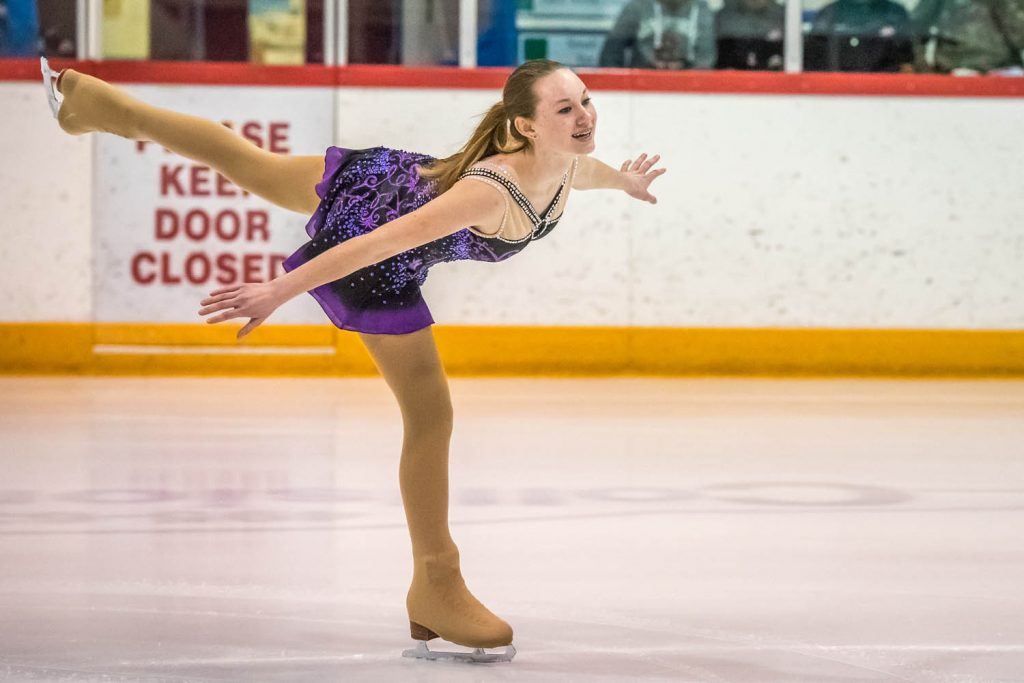 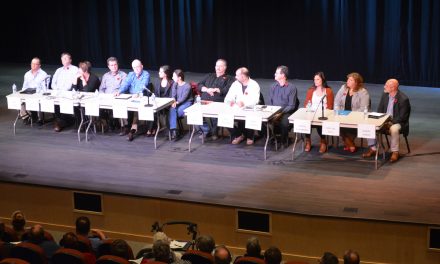 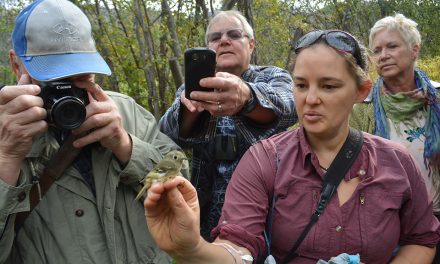 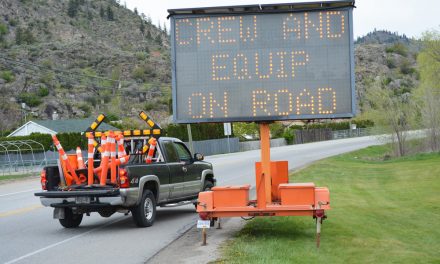