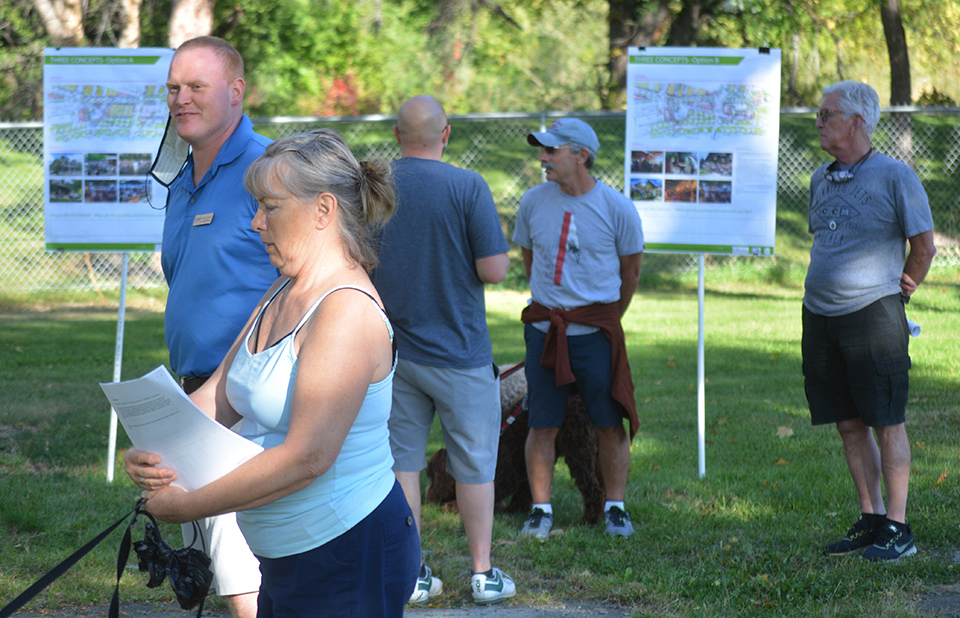 The Town of Oliver is in the midst of transforming the old Centennial RV campground into a new community plaza.

That was the subject of an open house Tuesday to get public feedback on three options.

Option A is the most urban plan, featuring a mixed-use development including shops, residential units and a small café/food kiosk.

Option B (the preferred option) would feature a pavilion, community hub with small retail and event spaces.

Option C would feature a small café/kiosk, maximizing park space with playground and picnic tables. It would be more of a park-like experience, becoming an extension of Lion’s Park.

Approximately 75 people attended the open house to view the plans and offer their feedback.

Randy Houle, the town’s director of development services, said many people expressed positive feedback and excitement towards this revitalization plan for Station Street.

“I think a lot of people know there is potential here. The way it (this property) is now, it’s kind of an abandoned area right now.”

Houle said some people have been camping on the site which bylaw enforcement has been dealing with. 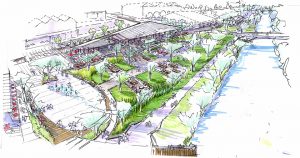 Looking at the options, the director said it’s hard to say how many trees may have to be removed. He noted that Option A would see most of the trees gone, while Option B is a hybrid between the two. Option C would keep most of the trees.

“But that’s the goal in my mind is saving as many trees as possible.”

Houle said no environmental studies are required on the property since it is not considered a riparian area or environmentally sensitive.

As for timeline, the director said it is hoped council will adopt a plan in the next month or two, and then discuss budget implications next year.

He pointed out this project would be eligible for special “COVID funding” from the government.

“It’s upwards of a million dollars in funding for infrastructure that helps reinforce the COVID principles.  So, a plaza would be perfect, right? Being outside, being separated from people (social distancing).”

Houle said this funding would nearly cover the cost of the plaza itself.

According to the Downtown Advisory Committee, the consensus is that Options B is the more favourable plan, which would also see upgrades to Station Street.

“The beauty about Station Street is it’s a street that the town has control of. We can close it when there’s a market . . . we don’t have that flexibility with Main Street,” Houle said.

Patrick Hampson, a former mayor of Oliver, expressed his support for the plaza concept.

“We need to do something to enhance this area,” he said, noting the previous year-round trailer park was a “mess.”

“People were living here year-round, which it wasn’t designed for.”

Hampson said Oliver has enough trailer parks and doesn’t need another one downtown.

Hampson said he prefers Option B, which is a “good mix of everything” to draw people in to shop in the area.

Christine Lesmeister said residential and commercial utilization of the site would be a “good fit” for the town.

She recalled the past when there was much more happening on Station Street than there is today.

“It would be nice if this was revitalized that way.”

Lesmeister said removing some of the trees doesn’t bother her, noting you can always plant trees.

“I mean, look what they’ve done with the hotel, they planted trees.”

When asked what she thought of the old RV park, she said it was fine until it became year-round and started deteriorating.

“It was becoming quite run down.”

Resident Rick Martin said he likes the idea of utilizing the space with a plaza.

“This space is prime for helping the city. I believe this would be a big plus (for revitalization).”

Martin said he likes the concept of having a community gathering space close to the river, which is a big feature.

“The concern you have to have is what happens to the businesses on Main Street? But I think ultimately it benefits them because it’s just going to draw more traffic from a tourism perspective.”

Martin, too, isn’t concerned about losing some of the trees, considering “we live in a pretty forested area of the world.”

“Option A was a little like . . . who wants to see a bunch of commercial restaurants and condos?”

Wilson said what he would really like to see is a small smoking area for people who still smoke.

“Technically I can’t even smoke a cigarette on this bench, or Lion’s Park or anywhere else.” 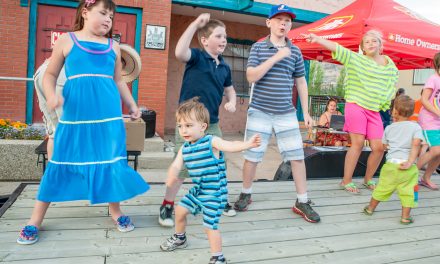 Street Dance has them doing the limbo

Dix confirms that NDP will build the hospital 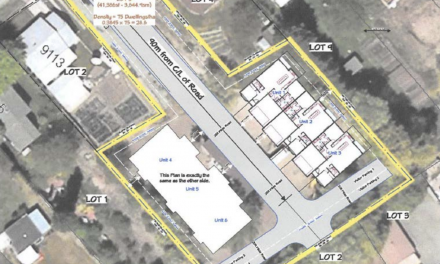 UPDATED: Public will have chance to comment on inflatable Wibit waterpark planned for north end of Gyro Park