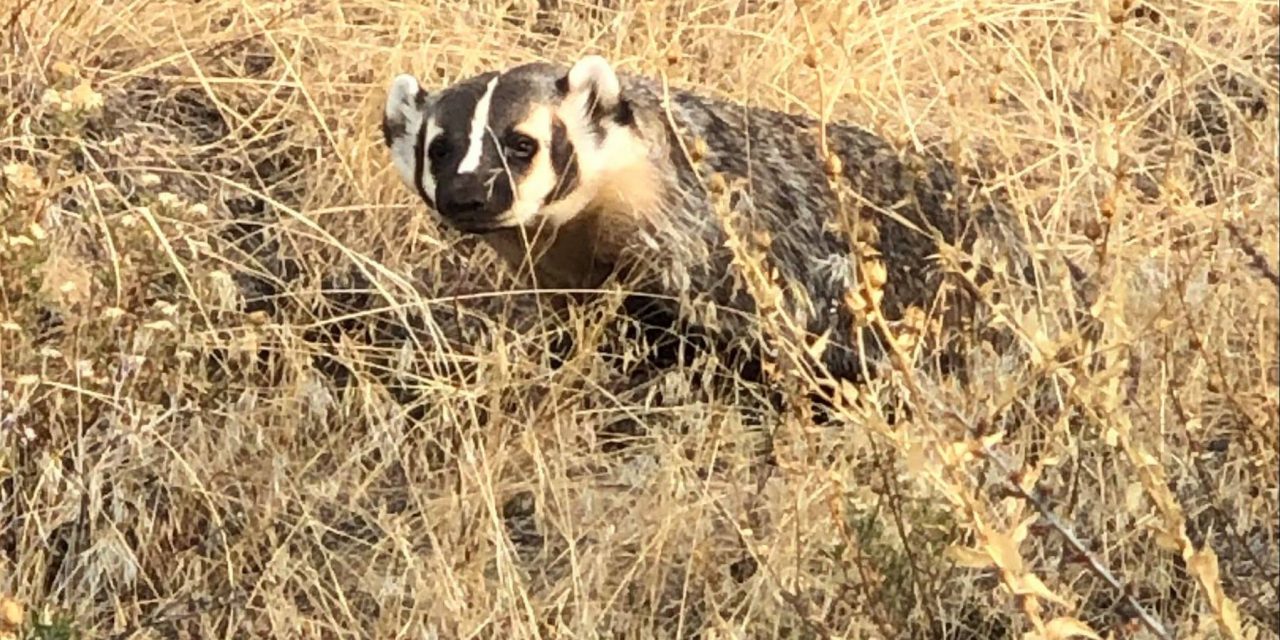 Visitors to the Desert Centre in Osoyoos are catching a very rare sight as an endangered badger has taken up residence — the first spotted near the centre in 15 years.

On Sept. 11 guests mentioned they had spotted a badger to Leor Oren, manager of the Desert Centre in Osoyoos.

“I assumed they were just making it up or saw something else. So I really drilled them hard and questioned them to see if it was actually a badger and the description they gave was bang on,” Oren said.

The search was on. Two days later, Oren noticed a burrow near the spot of the first sighting. He set up motion detecting wildlife cameras near the burrow which captured a lot of visiting critters, but no badger.

“I didn’t get a photo of the badger. I did get photos of so many other species that use the burrow,” Oren said.

A bobcat, skunks and cottontail rabbits popped by to use the burrow, but still no badger until Oct. 1 when visitors on the walking loop at the Desert Centre captured a photo of it.

“Now we are at 100 per cent confirmed badger sighting and it has been around for three weeks which is amazing, amazing news,” Oren said.

Badgers are endangered, red-listed in B.C., with approximately 300 individuals across the province and only an estimated 30 in the Okanagan area.

“So it’s quite the sighting because there are not a lot of them and because they are nocturnal and during the day they will be hiding in their burrows. So seeing one is quite the rare event,” Oren said.

Oren himself has yet to see the Desert Centre’s newest resident with his own eyes.

“Every time someone else sees it I go and check and it’s gone. So, it shows you that even if it is around it’s still very hard to see,” Oren said.

Badgers play an important role in the ecosystem, building burrows which play host to many other species, as Oren’s wildlife cameras captured.

With low numbers of badgers in the province, Oren noted their biggest threat is road mortality. Being nocturnal, short and on the move a lot, the species crosses roads often in the middle of the night.

“In areas where there are high populations of badgers you will see signs of them. So it is very important to drive slower and really pay attention,” Oren said. “The best thing we can do to help badgers is protect grasslands. Grasslands is their favourite habitat. So if British Columbia can provide habitat for badgers, protected habitat, protected grasslands, then we will hopefully see badgers thriving and increasing in numbers again.” 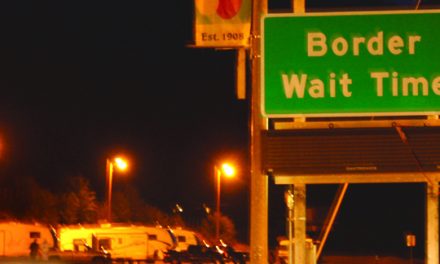 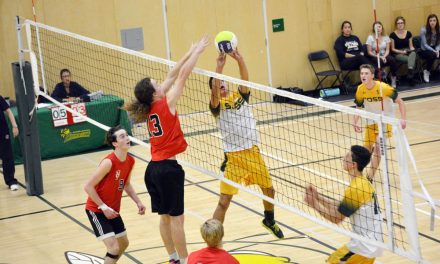 Hornets put the sting to Mustangs