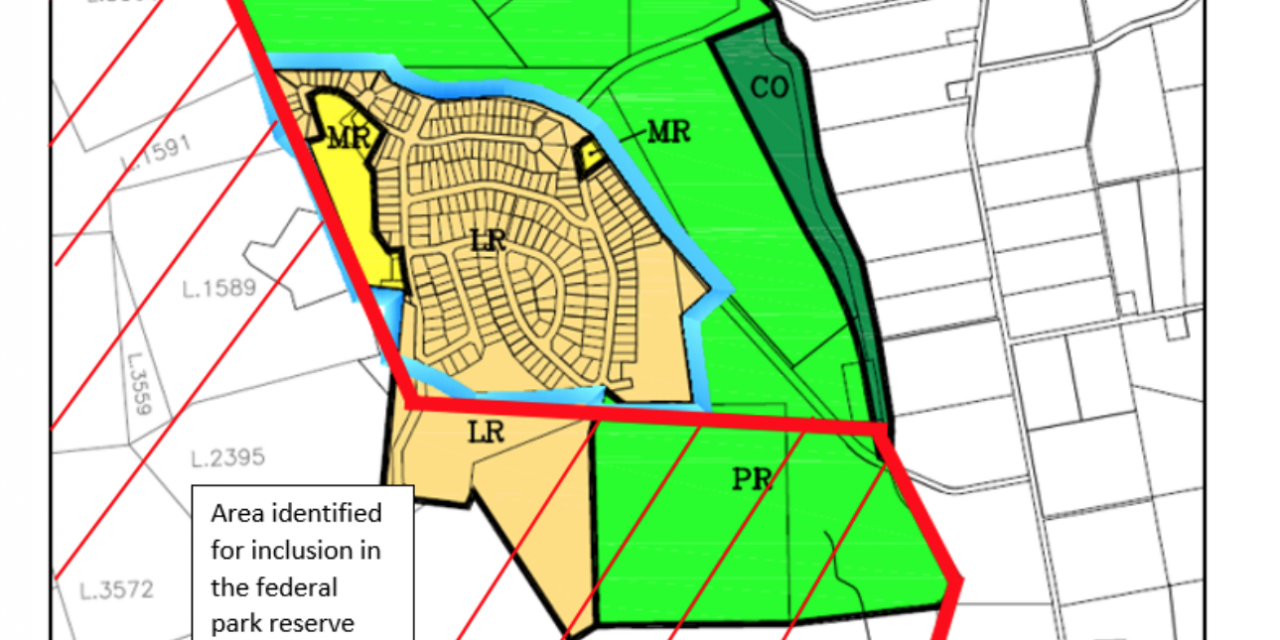 The proposed working boundary for the national park reserve outlined in red, with the town boundary in blue. Council voted to request the boundary be moved back.

The Town of Osoyoos is looking to keep Crown land within town boundaries out of the proposed national park reserve.

Gina MacKay, the town’s director of planning and development, presented a report to council at the Sept. 8 regular meeting on the proposed working boundary for the national park.

Privately owned lands would not be affected.

“Private landowners would not be subject to the Canada National Parks Act, associated regulations or policy,” the report to council states.

MacKay also explained that private lands would only be acquired for inclusion in the park reserve if there is a willing seller and a willing buyer.

After MacKay presented her report, council voted unanimously to request the boundary change.

Mayor Sue McKortoff told the Times-Chronicle that keeping those lands in the town boundary is important given there are not many places where the town can grow.

“That is one small place that we could sometime in the future expand, So I just think there’s lots of other places that they have to sort of tweak here and there,” the mayor said.

McKortoff also explained that because the park discussion has been going on for so long and has seen many changes over the years she doesn’t expect the request to be an issue.

“It’s almost 20 years since they even brought the subject up here. So lots of things have happened since that time; there have been numerous adjustments made to the property,” she said.

McKortoff noted the latest area included in the park is much smaller than it was before.

The mayor said she received a couple of emails from people who thought council wanted to change all of the park boundaries, but council is only wanting to move the park down a bit.

While McKortoff remains in favour of the park, she recognizes that people still have concerns.

“Yes, we’ve had people that are concerned that they can’t ride their quads up there.”

She said other people who live in the area are worried that there’s going to be a large hotel built beside their home.

McKortoff said that Parks Canada has made changes to the proposed park through public feedback, which is why she is confident the request from council will be an easy to accommodate.

In the end, it’s all about a little bit of compromise, the mayor said. 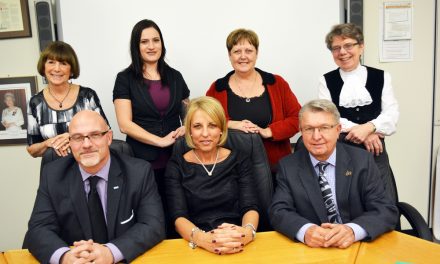 ‘Drop in the bucket’ not enough to save OSS 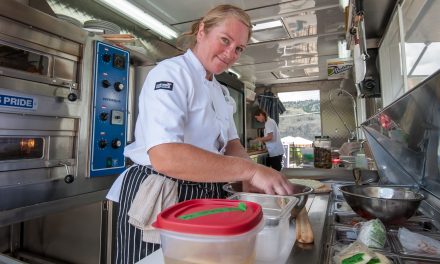