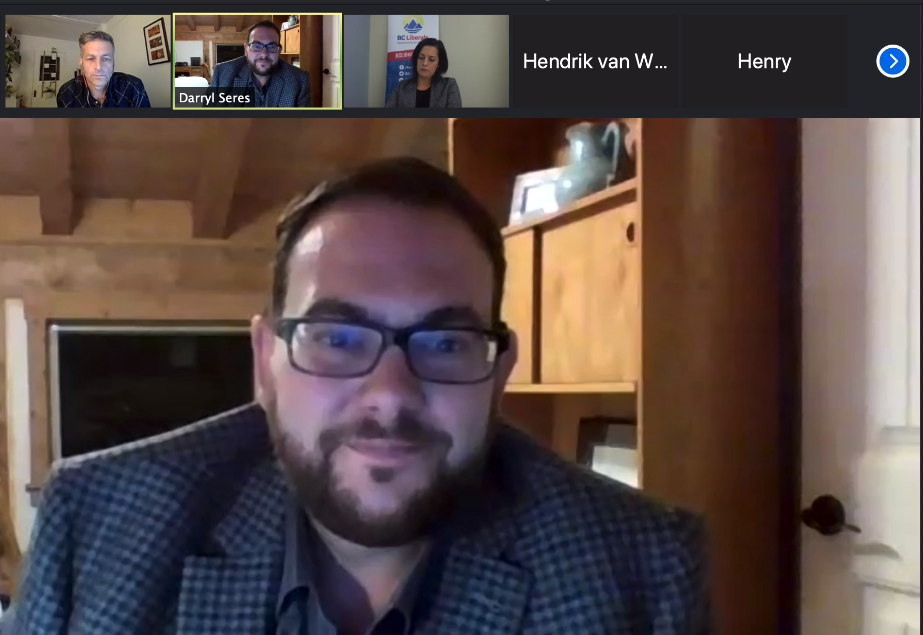 One of the first debates of the short election season had candidates speaking and answering questions virtually from their homes with only two more weeks of campaigning left before B.C. heads to the ballot box.

Hosted by the Boundary Country Regional Chamber of Commerce and moderated by Henrik Van Wyk of Greenwood, the forum hosted three of the four candidates on the ballot for the riding.

BC Liberal candidate Petra Veintimilla was first out of the gate, calling the election a “blatant power grab” by the BC NDP, and putting forward her platform as “business-minded and family-first.”

“The NDP has called this risky election during a pandemic as a blatant power grab. They thought they would catch people distracted and overwhelmed and that no one would notice,” Veintimilla said.  “The NDP thought they could just saunter into this election and win a majority, but the thing about elections is that we’re all given a choice.”

BC NDP candidate Roly Russell said the key to navigating difficult times is working together, emphasizing his work in rural B.C. as a ecologist and regional district director.

“I’m here as a dedicated champion for rural B.C. I’ve been passionate about environmental stewardship, I’ve spent years learning and teaching ecological science, I’ve been dedicated to advancing the needs of rural B.C. agriculture to understand what producers need and what they want,” Russell said. “I’ve championed sustainable economic development for the real people of our rural communities  rather than the making of the wealthy wealthier.”

Darryl Seres, running for the Conservative Party of BC, called for a yes/no referendum of the proposed South Okanagan national park reserve in his opening statement.

“First we need to expand access to essential healthcare services, it’s very difficult to find a family doctor, and access to specialized mental health services, especially addiction services, is extremely lacking,” Seres said. “We also need to provide extra support to our seniors in long-term living and palliative care. Second we need to greatly expand inter-provincial trade to assist and grow wine and other agricultural producers.”

Alryn Grieg, the first ever candidate in the riding for the separatist Wexit BC party, did not appear at the virtual forum.

Candidates were tough to pin down on the single biggest issue they will focus on in Victoria.

“If I had to choose one, it would be relationship building,” said Veintimilla. “Because I believe that by building the right relationships with the right people we can then achieve all of the issues we have in front of us, anything that is pressing to any community. So, relationship building whether it be with community members, community leaders, fellow MLAs, and different industries that’s going to be the key focus for me.”

Russell agreed with Veintimilla that picking one single issue to campaign on is a luxury not afforded to rural B.C candidates.

“Maybe that works in the Lower Mainland, but simply not here. So, I think things like climate action, environmental stewardship, affordable housing, and healthcare and small business are all going to be key projects. That being said, I will agree that the COVID response and recovery is going to be an issue we can’t get away from,” Russell said. “Given my experience in leading this community here through a massive flood recovery I know the magnitude of that kind of project on a small scale. That’s certainly going to be a key target for us going forward is making sure we can navigate those small business supports, those individual supports those mental health supports to get us through this COVID recovery.”

Seres said his main issue during the election, if he had to pick one, is building community.

“We already live in a detached world, an online world, a virtual world. I think we’ve lost that sense of personal community and we need to bring that back especially after COVID. When this is all said and done we have to bring people back together. If I was to accomplish that one thing to say that the communities i represent are stronger together, are more together and are working together to accomplish the things we all want to see happen. That would be enough. As Roly said there are a lot more important issues but if it had to be one it would be building a strong sense of community.”

Candidates were asked if ICBC is an asset or a liability, a campaign issue rising from the BC Liberal promise to bring in private insurers.

“The fact is it’s an asset and a liability,” Seres said. “It has been completely. mismanaged by the NDP government and before that the Liberal government. Our party, the Conservative Party has been calling for the end of the ICBC monopoly for the last two years. Obviously the BC Liberals now agree with us on that point but we absolutely need to open up insurance to the private sector.”

Russell noted the track record of ICBC, saying the Liberals “stole $1.2 billion from the ICBC books to balance their own mismanagement of that operation.”

“I don’t think that’s fair, I don’t think that’s good governance. At the same time during that tenure they have increased those fees at ICBC by 36 pr cent that’s too much for us,” Russell said, adding that during his management of the 2018 flood in Grand Forks helping residents get payouts from private insurance was challenging.

“They were not getting the payments that they needed, their claims were being deferred needlessly. It sounds great to say competition is going to do us all good, but we certainly have seen a different outcome in our community.”

Veintimilla agreed ICBC is both an asset and liability, claiming “the NDP has increased rates by 40 per cent over the last three years.”

While 40 per cent of drivers saw an increase in rates in 2019, ICBC has not increased rates across the board in 2020.

“We know that things are broken. There is no problem admitting things are broken and maybe they were broken in the past but now we see that we need to move and we need to move quickly to solve the issues and we have a plan to fix our insurance issue in the province. We do plan to open up the market for competition in tandem with ICBC, offer drivers a choice,” Veintimilla said.

The entirety of the forum can be viewed online here. 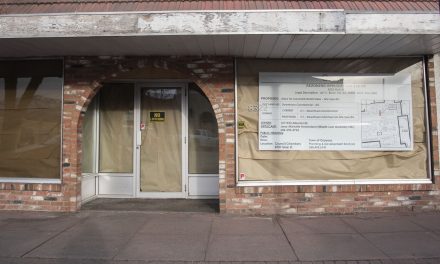 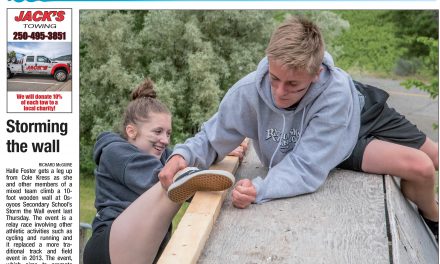 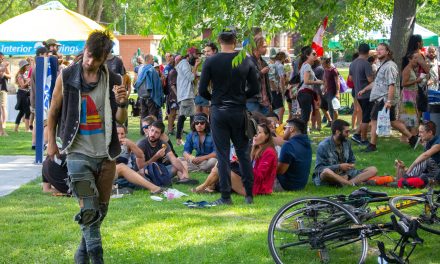