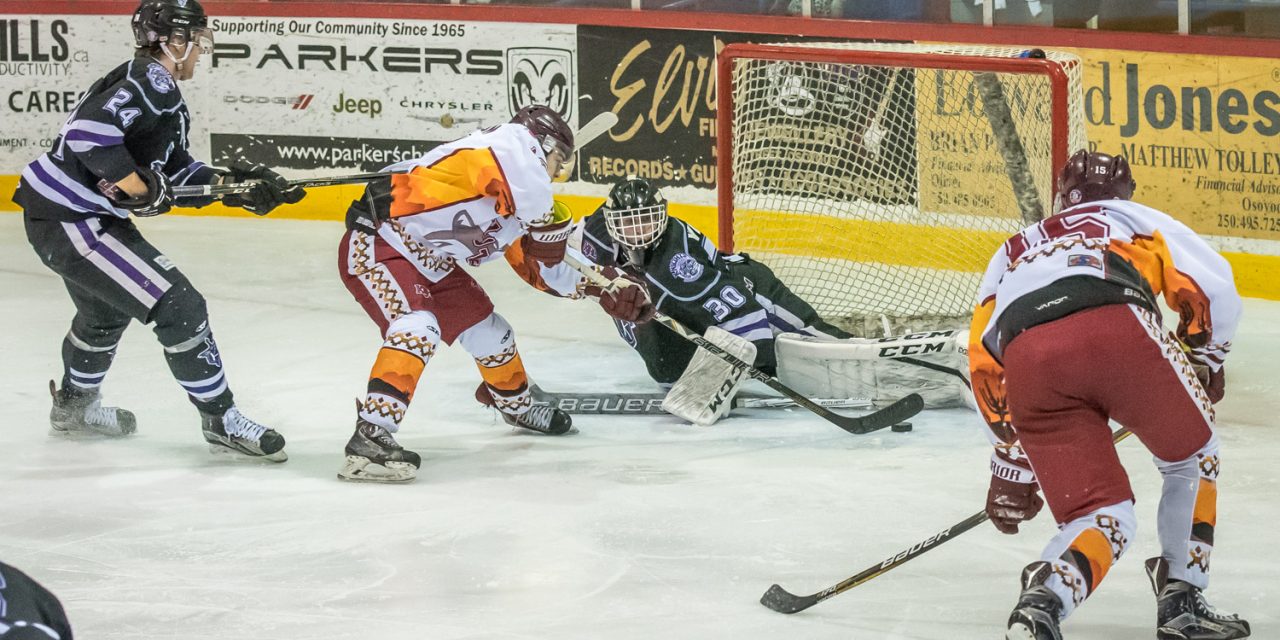 A win and an overtime loss on the weekend mean the Osoyoos Coyotes have now clinched a first-place finish in the Okanagan Division of the Kootenay International Junior Hockey League.

Then Saturday night, they beat the North Okanagan Knights 3-1 at the Sun Bowl Arena.

The three points gained by the Coyotes put them at 65 total points, while Summerland, in second place, is behind nine points at 56. With only three games remaining for both teams, it is now mathematically impossible for Summerland to catch up.

Friday’s game saw Lucas Jirousek of the Steam score two quick goals early in the first period to give Summerland a 2-0 lead heading into the second period.

Then, later in the second period, Colin Bell tied the game with Judd Repole and Sunil Sahota assisting.

In the first minute of the third period, the Coyotes took a 3-2 lead when Repole scored, set up by Cody Allen and Carter Robinson.

The remaining three goals – all scored on power plays – left the game tied 4-4 at the end of the third period.

The Coyote goal, with 3:44 remaining, was scored by Austin Cleaver, assisted by Bell and Carter Shannon.

With a minute and a half left in the third period, Summerland tied the score, forcing the game into overtime.

As the first five-minute overtime period was down to its final 17 seconds, Bailey Tamminga scored the winning goal for Summerland, leaving the final score at 5-4.

Saturday’s game was surprisingly tight given that the Coyotes are in first place and North Okanagan is in the division cellar.

Sam Reinbolt scored the only goal of the first period, on a power play assisted by Allen and Nick Nordstrom.

There was no scoring at all in the second period, so the two teams began the third period with the game at 1-0 for Osoyoos.

North Okanagan scored their only goal five minutes into the third period, tying the game.

Then, with less than two minutes remaining in the third period, Reinbolt scored his second goal of the game to put the Coyotes ahead 2-1. Allen and Repole assisted.

North Okanagan pulled goalie Zach Willms for an extra attacker, but the gamble failed when Connor Onstein scored an unassisted goal into the empty net, ending the game 3-1.

The Coyotes travel to Armstrong this Wednesday, Feb. 14 to face the Knights again.

They play a game in Revelstoke on Friday night and then return for their final game of the regular season on Saturday, Feb. 17, once more against North Okanagan.

The Knights trail the Princeton Posse by five points with three games remaining. That means that barring a miracle, Osoyoos should face Princeton in the opening round of the playoffs. Carter Shannon had a scoring opportunity in the second period while the Coyotes were shorthanded, but the puck hit North Okanagan goalie Zach Willms’ pads. (Richard McGuire photo) Colin Bell (right) moves in after the puck while Brock Marple stands by the goal crease, but the Coyotes didn’t manage to score in the second period Saturday night. (Richard McGuire photo) 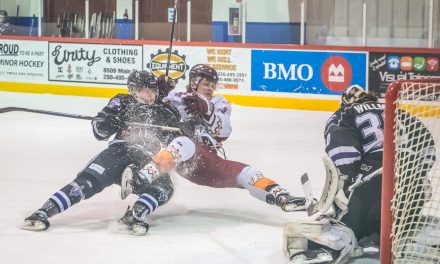 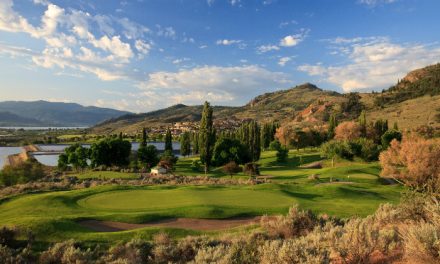 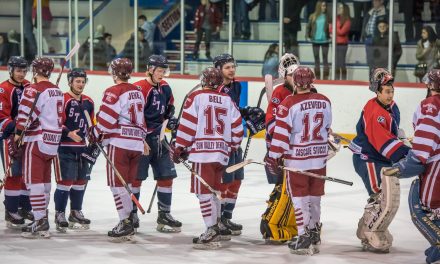 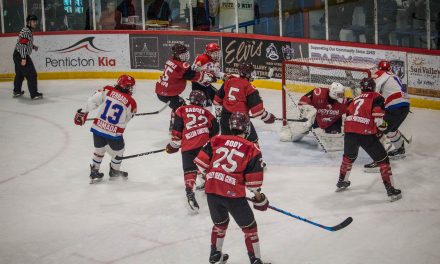