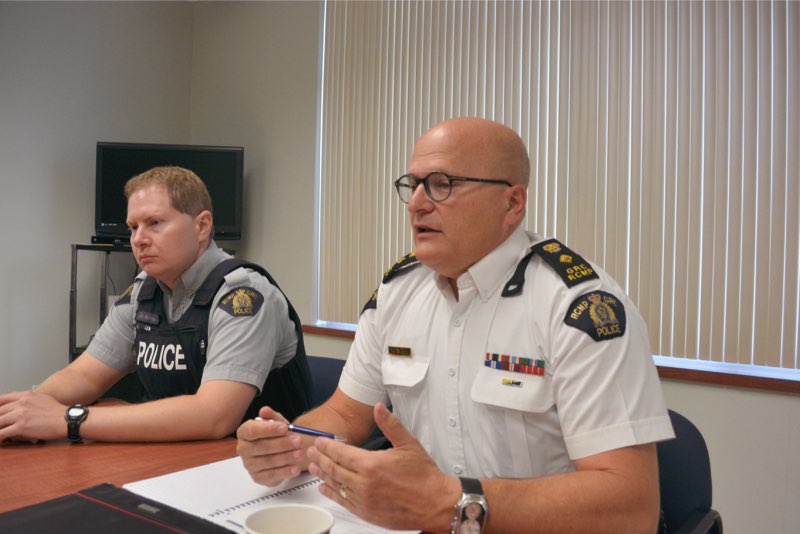 Oliver RCMP are putting out up-tempo arrest numbers this year after two homicides drew a lot of resources last year for the detachment, according to the South Okanagan’s top cop.

Outgoing Officer in Charge Supt. Ted De Jager said the detachment is working at a brisk pace, but the priority is still bringing more officers in to the South Okanagan town.

“One of the things that has been very effective there for policing — they had a bad late year last year with two homicides and that sort of thing, for a detachment like that — but this year, being up to full strength,” De Jager said. “Probably one of the best, the highest tempo of all the detachments in the area because they have the time and resources to do it and they’re doing a good job at it.”

While there are charges that come from inside the Okanagan Correctional Centre (OCC) which require investigational resources from Oliver RCMP, crime stats have not jumped as some have predicted from inmates leaving the jail, De Jager said.

“In terms of the actual numbers there is not a great deal of that kind of displacement happening,” De Jager said, calling the narrative a controversial issue put forward by the public “that our crime is going up in our community because of that, but there’s no evidence to support that.”

He noted that inmates from other areas will return to what they know.

Inmates not bound by a probation order upon release from the correctional centre have the right to live or go where they please like any other Canadian citizen.

“There’s not much that I, as a police officer, can do about that except to know that he’s here and target him if he is committing crime,” De Jager said.

BC Corrections has an obligation to return reformed inmates where they committed the crime, but that isn’t mandatory, with family or friends often picking up the inmates.

The detachment in Oliver, along with the mayor and council, have been asking for two extra officers for about three years, but the resources have to come from the provincial level. Either reallocating officers from elsewhere in the province or adding funding is the only way to increase staffing numbers the community is looking for, De Jager said.

“From the RCMP’s perspective, if we reallocate, where do we reallocate from? That’s something that we have an ongoing study looking at that. And things change,” De Jager said.

It can be tough to pull officers out of one community and into another, he said.

De Jager, in his upcoming role working with the Operations Strategy Branch, is coincidentally going to be in charge of the allocation of some of those resources.

He believes his as-of-yet unnamed replacement will take on the reality that he did. De Jager used the analogy of business, saying most of the “market share” that police deal with is mental health, homelessness and addictions — which he added are not crimes.

“I have teams that go after the people committing crime. The courthouse is filled every day with people we put there. As the CEO, if you will, as the police chief, I’m not really doing my job if I’m looking at 30 per cent of the work. I need to look at the big picture,” De Jager said.

The big picture includes social issues and things the RCMP “don’t send people to jail for.”

“Homelessness, poverty, addictions are not crimes, they are health issues. I’m not the health expert, but I do need to work closely with Interior Health and with the experts in those fields,” De Jager said.
And he did, helping introduce CAST (Community Active Support Table), which is tackling these problems with inter-agency cooperation. Initially police-run, the program is now operated by the community.

“Which is exactly what it should be,” De Jager said.

He assumes whomever takes over as top cop in Penticton and the South Okanagan would have a similar focus moving forward.

“So that doesn’t mean they are not going to be tough on crime,” De Jager said. “Of course they are, they’re police officers; they put bad guys in jail.” 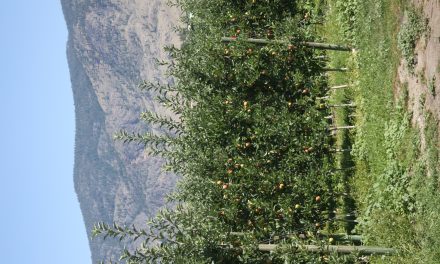 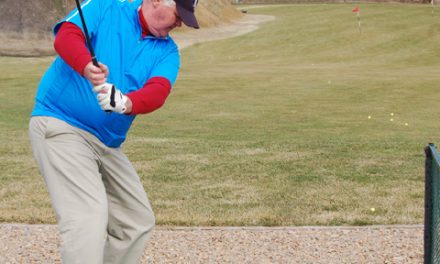 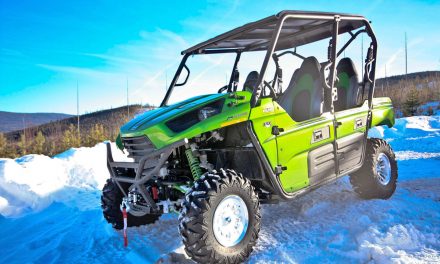 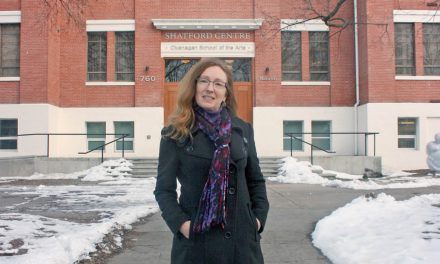 Aspiring authors, writers and poets are invited to upcoming festival in Penticton