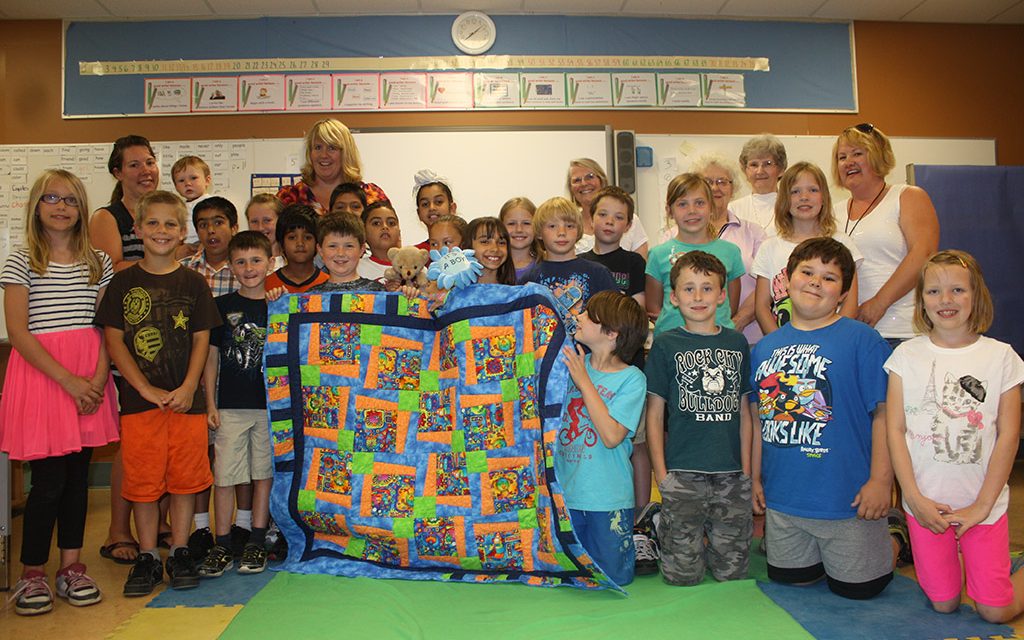 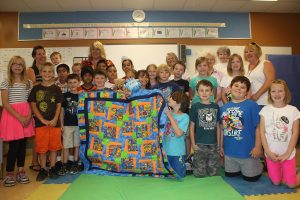 Photo by Keith Lacey
Heather Langley’s (back row third from left) Grade 3 class at Osoyoos Elementary School wrapped up its Roots of Empathy program last week with members of the Osoyoos Quilters Guild handing out cake and presenting a quilt to the class. Young mother Randee Ebe (back row left) and her 10-month-old son Jaxon made nine visits during the school year to Langley’s classroom.

Heather Langley has used many tools to teach young children during her 23 years in the education field, but says few are more successful than a bouncing baby boy.

Langley’s Grade 3 class at Osoyoos Elementary School was buzzing with activity late last week as her classroom officially said goodbye to little 10-month-old Jaxon Ebe and his mother Randee, who participated in the Roots of Empathy program over the past school year.

Over the course of the 2012-13 school year, Randee brought her son to visit Langley’s class once per month (nine times). Another 18 sessions are dedicated to Langley talking to the students about Jaxon and how their interaction with him can help teach valuable life lessons.

“We discuss certain themes after each visit … on such topics as communication, temperament, safety, emotions,” said Langley. “The whole idea, as signified by the name of the program, is to teach these young students about empathy or having feelings about the feelings of others.

“The program is a great learning tool for the kids. They want to talk about why Jaxon is feeling the way he is feeling. They want to know why he is crying and what makes him cry. It’s a wonderful teaching tool.”

School District 53 is fortunate to have this program in place as the participating students learn a great deal and the parents and toddlers who get involved also reap many benefits, said Langley.

Veteran SD 53 educator Lisa McCall deserves much of the credit for the success of the program as she conducted research and convinced the district’s board of trustees and administration that bringing Roots of Empathy to local classrooms would be a great idea, said Langley.

“Lisa is a former vice-principal at this school and she was the driving force behind bringing the program to our school district,” she said. “Our current board chair Marieze Tarr also got heavily involved and things have taken off from there.”

Parents with toddlers are encouraged to join the program and McCall and Tarr match parents up with different teachers and classrooms throughout the district.

The program has grown in the past couple of years to the point that more than one classroom at various elementary schools in the district may be involved in the Roots of Empathy program, said Langley.

“We had two classes at our school this past year … my Grade 3 class and Lisa Crowsmith’s Grade 1 class had another baby involved,” she said.

Her Grade 3 students enjoyed every second they spent with Jaxon over the past nine months, she said.

“These are young children and they have a lot of questions whenever they see a baby,” said Langley. “After a few sessions, they become very protective and caring about the baby. It’s very inspiring to see and be a part of.”

To wrap up this year’s project in her classroom, all of her students drew pictures and signed comments about Jaxon and what he meant to them.

Members of the Osoyoos Quilters Guild also showed up to donate a new quilt for the program and to feed the children with cake.

Randee Ebe said she and her son enjoyed being part of such an innovative program.

“I had a good friend who was involved last year and had nothing but good things to say, so I thought I would get involved and I’m really glad I did,” she said. “My little guy is only 10 months old, but he certainly enjoyed himself when he was here and I think he really liked all the attention the other kids were giving him.”

Watching other young children interact and be so kind to her son was heartwarming, she said.

“They are very gentle and protective,” she said. “As a first-time parent, it’s fun to see other people get as excited about what he’s doing as you are. It’s a really great program and I’m glad we became involved.”

Ebe said she would encourage other young mothers in Osoyoos to get involved in the program. 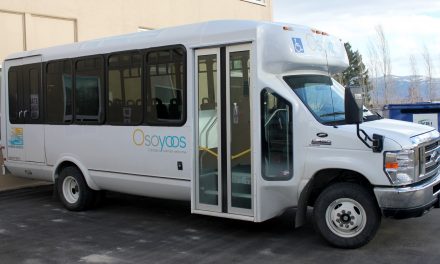 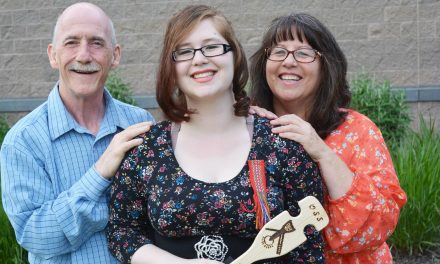 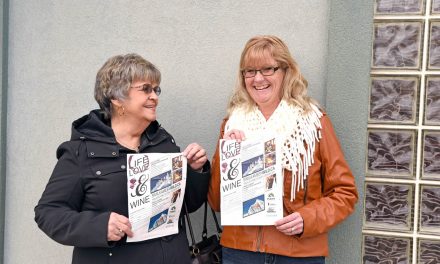 And the lucky winners are? 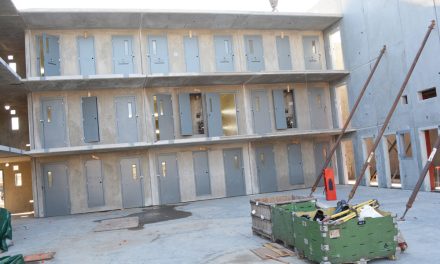