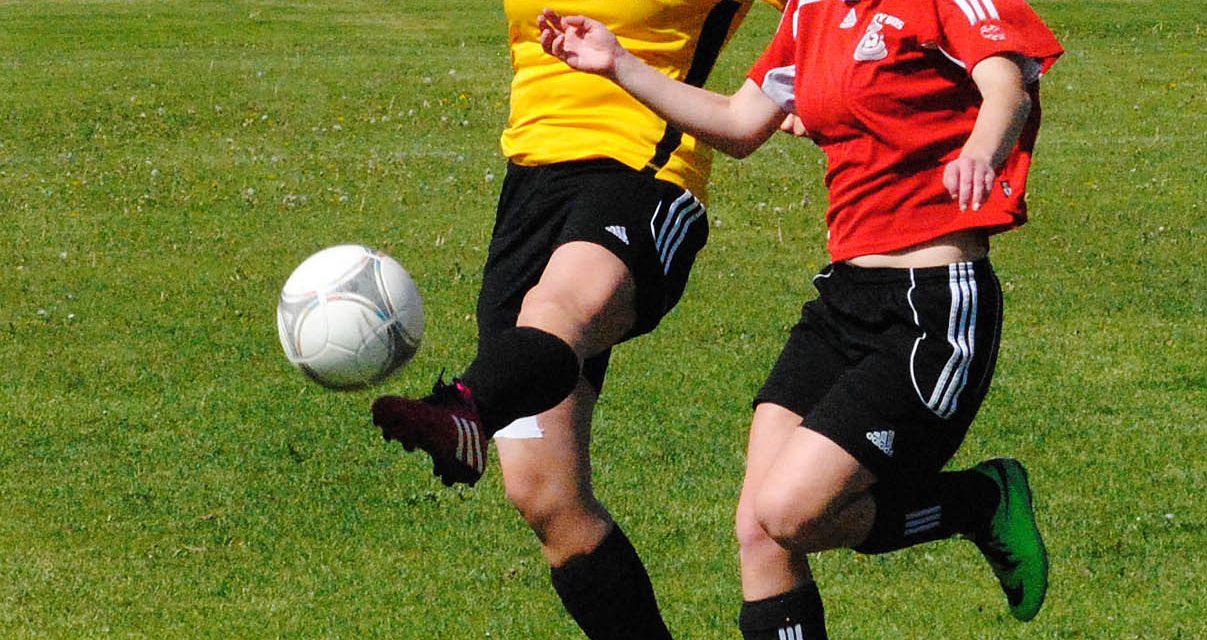 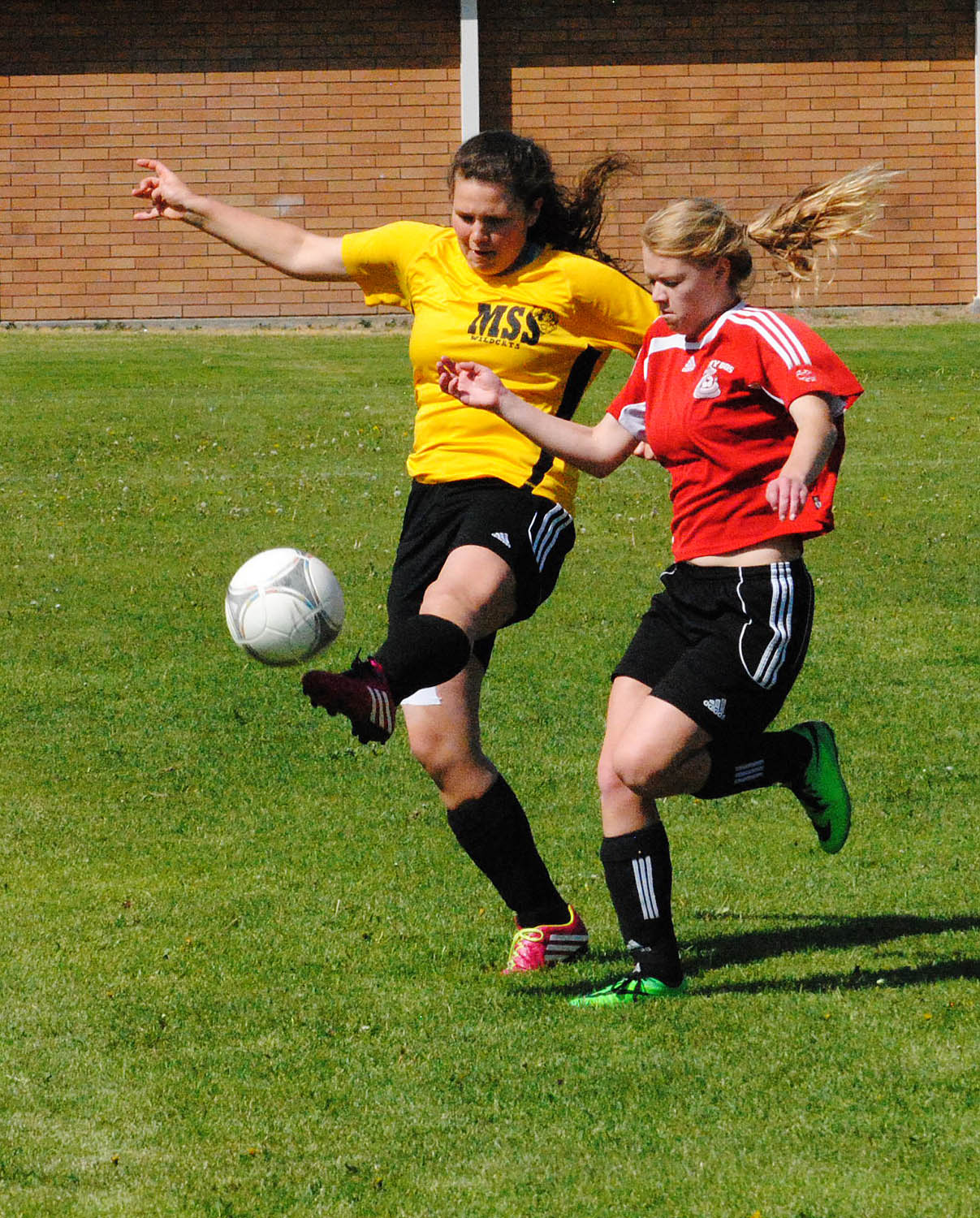 It all comes down to this.

Two days of soccer in Vernon, with a select few teams qualifying for a spot at provincials.

The Osoyoos Secondary School Rattlers are one of the teams vying for a spot in the BC championships, and will take to the pitch against St. Anne’s Academy today in their opening game of the Okanagan Valley High School Girls Soccer Championships, being staged in Vernon.

Four will qualify for provincials.

Head coach George Mocci has been around the game long enough to know it’s not prudent to boast ahead of time that his team will qualify. However, he is gushing with enthusiasm over the way his team looks heading into Valleys.

“I am especially proud of the way our girls have been able to execute a game plan. They have been able to maintain a high level of pressure-style soccer that doesn’t let up,” said Mocci Monday from his classroom at OSS. “I also like that the girls are able to play up to a higher level when called upon and they don’t shy away from bigger girls. They are not easily intimidated and they are an easy team to coach.”

Mocci’s confidence is based in part with what he saw this past weekend, when his Rattlers won three of four games played during the 2015 Rural Schools Invitational High School Soccer Tournament, held on the OSS soccer pitches.

The Rattlers won both round robin games, and beat Ashcroft 2-1 in the crossover game,

The OSS girls found themselves in tough against Pemberton in the final, and were blanked 5-0, being relegated to second place in the tournament, which annually allows single A schools from far and wide to compete against one another in a weekend tournament.

While reminiscing about the weekend, Mocci believes he saw his players come together as a team, and believes they are peaking at just the right time.

“I can honestly say that everyone is executing our game plan,” replied Mocci when asked to identify a few players which players are performing well these days. “Our style of soccer does not rely on two or three pivotal players. Everyone is doing very well and it’s impossible to say who has contributed more to this point.”

That said, Mocci knows he needs leadership. He needs to have some of his veteran and older players, of which there are few, take control of the team on the field.

“Leadership will definitely be placed on everyone. Some notable players may be Julianna Riznek, Sami Luinenberg, Natalia Ibanez, Simone Malcolm, Chelsey Bridgeman – but there are probably a handful of four other girls that cannot be forgotten.”

Mocci obviously struggled with the question.

That’s because he realized the game of soccer is rarely won by one or two players. It takes all 11.

And it will take a quick start. Sit back, lose a game, and your chances of qualifying for provincials are cut exponentially.

Osoyoos will open the Valley Championships today (Wednesday) at noon against St. Ann’s Academy from Kamloops.

“It will be a tough game considering they are equal to Ashcroft, which, although we beat 2-1 this weekend, we lost to them two weeks ago at the Merritt tournament 4-2,” said Mocci, who will be urging his players to be fully prepared once they hear the opening whistle. “We need to start the tournament playing hard right from the beginning. The girls tend to be a bit slow out of the gate. Unfortunately, our first game will be a pivotal game against St. Ann’s. They need to set an early tone for themselves.”

And if they do, the Osoyoos Secondary School Rattlers girls soccer team may find themselves following in the footsteps of the OSS Rattlers basketball team, and heading to the provincials championships.

There will be four teams in each pool, and the playoff round will see teams play each other based on how they finish in their pool.

The top four teams go to
Provincials in Surrey. 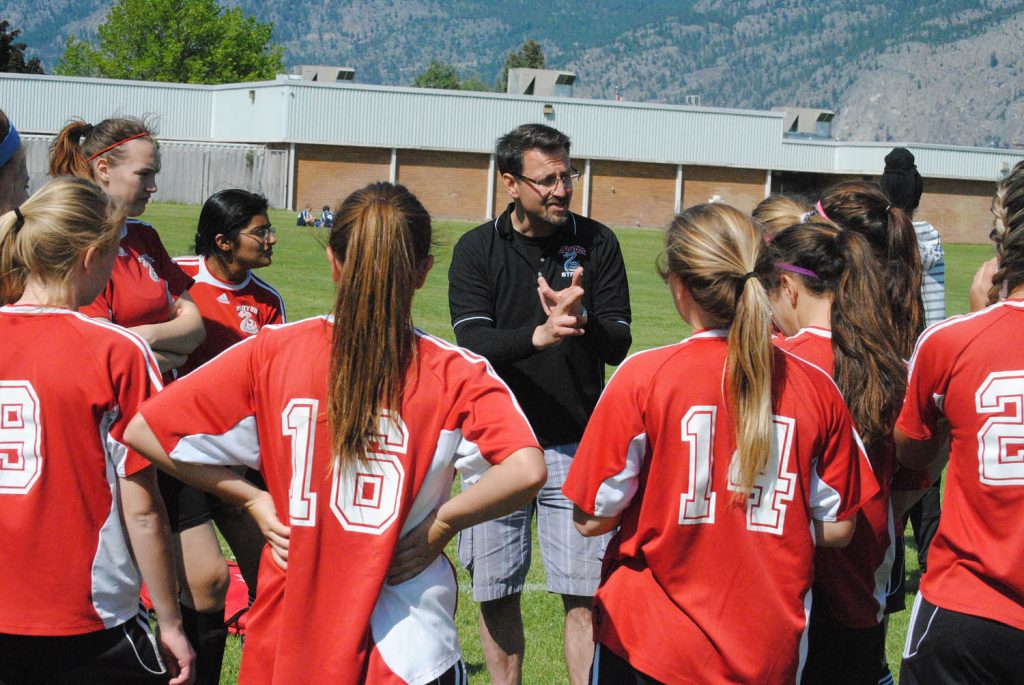 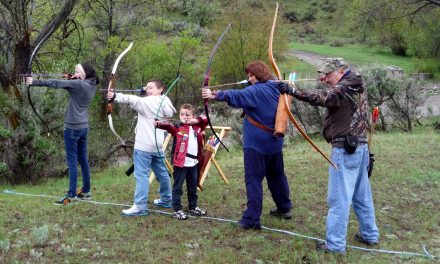 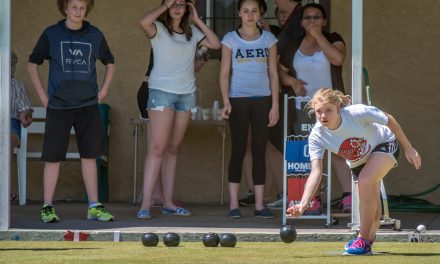 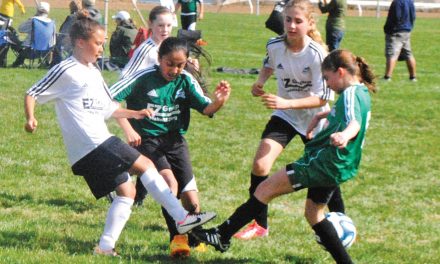 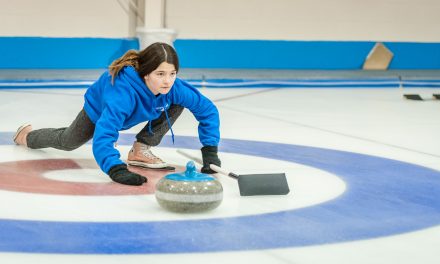