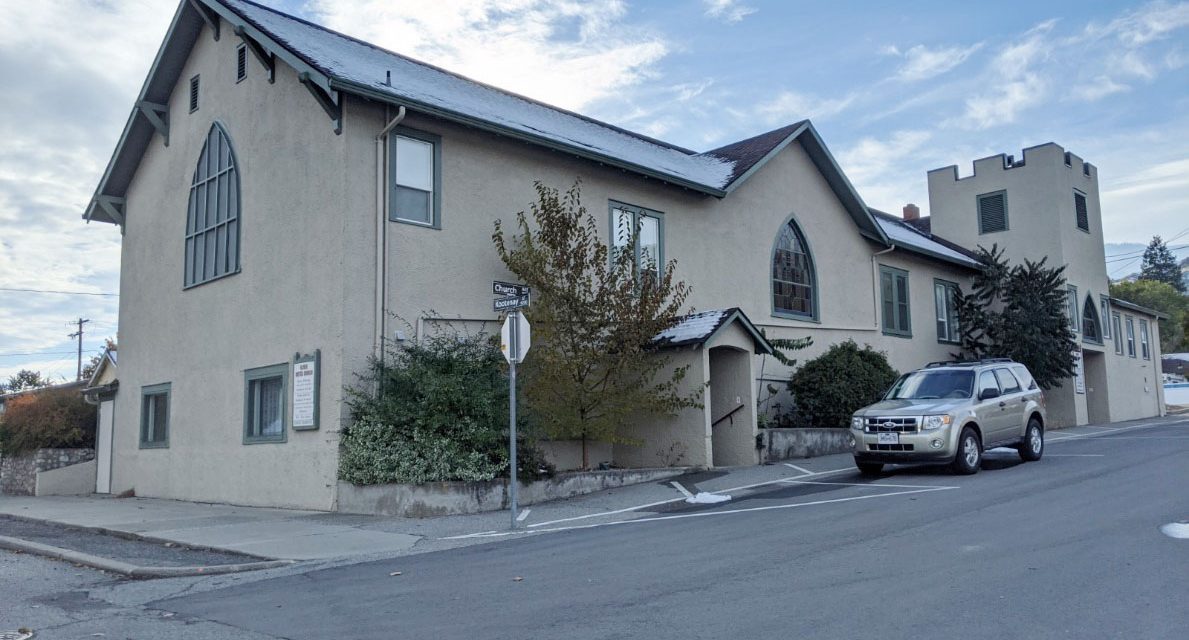 A temporary use permit is being applied for to house an emergency shelter in the basement of Oliver United Church. A public meeting is being planned in hopes to answer questions and concerns about the proposal. (Photo contributed)

Potential concerns over an emergency shelter in downtown Oliver will be aired soon during a public meeting.

Town council has passed a motion to work with the applicant to host an information meeting regarding a cold weather shelter that is proposed to operate out of the United Church basement at 511 Church Ave.

“Temporary emergency shelter, it’s a pretty big word for something that has been in existence for a long time,” she said.

The shelter in question is the subject of a temporary use permit application for a period of three years.

Tarr said the facility will accommodate a maximum of 10 beds and provide clients with three meals a day, plus laundry services from Nov. 1 to March 31.

“It might surprise many of you, by our count last winter about 50-plus people in Oliver were struggling with homelessness,” she pointed out. In fact, the number is higher than that, according to someone who works with vulnerable people in town, Tarr noted.

“Another thing that might surprise you is these people are not like homeless people using drugs on street corners. We have seniors, youth, woman and men needing shelter during cold winter months.”

Tarr said many of these people are housed in pickers cabins and RVs where they cannot keep warm during extreme cold weather.

“Last winter we had youth camping in people’s backyard in a tent when it was minus-15.”

She noted the youths ended up in affordable housing.

“These people are not all drug users, and those are not the people that we are looking at providing shelter to,” Tarr said.

“Sometimes we tend to look at the homeless as people other than ourselves, but we have to keep in mind these people are somebody’s mom and dad or somebody’s child.”

The question is do we ignore their suffering or extend a helping hand? Tarr asked.

Desert Sun works with homeless clients to end their cycle of homelessness. This involves helping them transition to independent housing, she added.

“Most vulnerable people have a hard time navigating the system, she said.

The shelter will only operate during the winter months, and only if funding is available through BC Housing.

While this plan won’t happen overnight, the hope is to open the doors before the end of March 2021, she said.

Tarr explained that every client will be screened, and only those who are not using drugs or alcohol on the day of entry will be allowed to stay.

A storage container will be located on the property to store clients’ bicycles and other belongings.

The shelter will be locked in the evening to prevent people from coming and going during the night, Tarr said.

Contrary to what some people have said on social media, the shelter will not be a safe injection site, Tarr stated.

Clients will be provided three meals a day with free laundry services.

The facility will be staffed 24 hours a day, seven days a week, during which time clients will be assisted with finding employment and accessing other services. 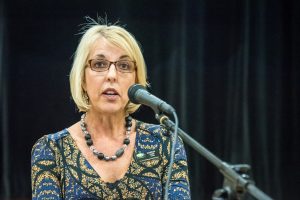 According to Tarr, the shelter will not allow visitors.

She noted that staff will be trained in medical emergencies such as handling drug overdoses. While drugs will not be permitted on site, Tarr said staff need to be trained to deal with that as a point of good practice.

“I’m sure many of you are aware that overdoses don’t just happen with vulnerable people, but with anyone. We’re living in the era of an opioid crisis in B.C. More people at the moment are actually dying from that than COVID.”

Tarr said once a permit is obtained, an advisory committee will work with Desert Sun to ensure the shelter is a “good neighbour” in the community.

During question period, Tarr said clients’ stay will generally be one to two months, during which time staff will try to find them more permanent accommodation. In many cases, clients will only stay a couple of weeks, she clarified.

Due to the space available, they can only house 10 beds in the church basement, Tarr said.

Chief Administrative Officer Cathy Cowan said the cold weather shelter idea was a priority identified by council and she took the reins on the project. She approached community groups to determine who could help.

The Alliance Church wanted to assist but it only has land to offer. Cowan also looked at the former Portuguese clubhouse, but that is being used by Parks and Recreation.

She subsequently approached the United Church and the congregation said that a shelter could be housed in their basement.

Randy Houle, the town’s director of development services, spoke to the permit application.

He said the storage container is slated for the southwest corner of the property and will be virtually hidden from the street.

As part of the permit, he recommended installing a fence on the eastern half of the property, and an emergency (pedestrian) access through the existing rock wall.

Houle noted that public notification for this proposal has been sent out.

Councillor Aimee Grice said she was in favour of holding a public meeting.

“I want to make sure no one feels that this is being dropped into their neighbourhood.”

Grice said she talked to the neighbours who have legitimate concerns about safety.

“They’re worried, it’s right next door and I can understand that.”

She mentioned the possibility of holding a virtual meeting due to the difficulty of accommodating 50 people (as per provincial health guidelines).

Veintimilla said she fully supported a public meeting, noting it’s worth having a look around to ensure they select the most suitable location.

One neighbour near the church told the Times-Chronicle that he has significant concerns with the proposal, one being the lack of research presented, the other being security.

The homeowner, who wanted to remain anonymous, said there are many unanswered questions, and he quoted the saying that “the road to hell is paved with good intentions.”

He said an emergency shelter will have a big impact on this community, therefore, much more research is required.

He noted that Desert Sun is an incredible resource in the community but doesn’t have the experience running an emergency shelter. Also, he “can’t believe” that the church would transform itself from a place of enlightenment to a homeless shelter, collecting a monthly cheque in the process.

The homeowner said it appears the proposal is some kind of “feel good project” that the applicant wants to tick off as part of a list.

He stated there has been no mention of security cameras or guards, only two staff members on site. He also questioned what the drug screening process will entail, an important element that hasn’t been revealed.

Only eight to 10 people will be accommodated in the shelter, but what about the remaining 42 people that are reportedly homeless in Oliver? the neighbour asked.

As for location, the man agreed that a residential neigbhourhood is not ideal, particularly close to a school and the Boys and Girls Club. 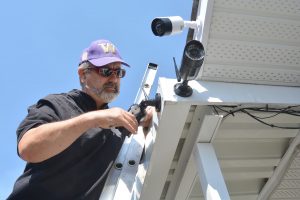 Oliver resident Michael Guthrie questions if the town is going to assume responsibility if theft, vandalism and crime occurs as a result of the shelter. Here, he is seen adjusting his surveillance cameras at his home.
(File photo)

On the Times-Chronicle website, Oliver resident Michael Guthrie questioned if the town is going to assume responsibility if theft, vandalism and crime occurs as a result of the shelter.

He suggested locating the shelter in the former library building on Station Street.

On Facebook, resident Mike Dunbrook commented that a shelter is a great idea and agreed that the old library building would be a good venue.

“The church is a building for a place of worship, not for housing.”

Vickie Solien Hitch said she has seen what happens at the shelters in Penticton where police and ambulance attend.

“I feel it just should not have been put in a residential area.”

But Hillary Frank said she can’t see a reputable organization like Desert Sun letting people in the shelter run rampant.

“Have some faith in our town and local groups who are willing and wanting to do something positive for some of our citizens who need it the most.”

Nadine Remington asked who will be providing 24-hour security to the neighbourhood, and who will be picking up the sharps (needles) left behind? 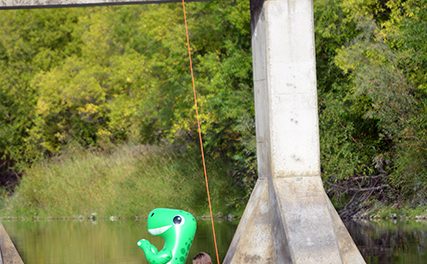 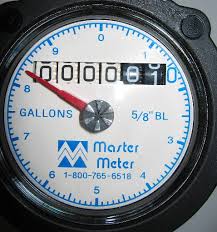 CONGRATULATIONS TO ALL 48 OSS GRADUATES ON A JOB WELL DONE 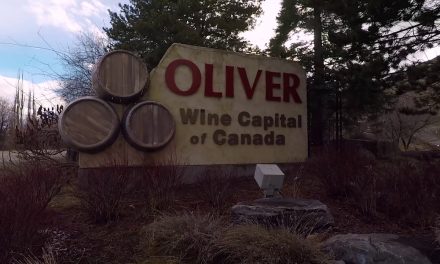