The Okanagan Basin Water Board harvests milfoil off Haynes Point. In the summer, the milfoil is cut and pulled out of the water, but not uprooted. In the winter, it’s pulled up by the roots. (Richard McGuire file photo)

The summer milfoil harvesting program no sooner started up last week when one of the paddle wheels fell off the boat, bringing the operation to an abrupt halt.

James Littley, the operations and grants manager with the Okanagan Basin Water Board (OBWB), who oversees the program, said the operator only managed to cut a small area of the invasive weed in Solana Bay before the machine broke.

He anticipated it could be back in operation early this week. The boat was spotted back on the water on Monday.

The machine recently underwent maintenance and Littley doesn’t know what caused the problem.

Residents of the Solana Bay area have been complaining about the weeds, which isn’t surprising because the floods in May prevented the rototilling of the weeds in that area.

“I haven’t seen it personally,” said Littley. “But I’ve had several phone calls from the local residents, more than usual, indicating that it’s pretty severe.”

The problem is the OBWB is restricted from rototilling the weeds in Solana Bay until after April 1 due to hibernating turtles in the winter. In April, the machine was tied up doing other locations, and before Solana Bay could be treated, the floods hit, requiring the rototiller to be removed from the water.

“Solana Bay is typically not a high-priority area because there isn’t a lot of public shoreline, beaches and parks and things like that,” said Littley. “So we prioritized it this year simply because it was so bad. What we’d like to do is make sure that there’s boat access to a good perimeter swath cut around the whole outside of the bay.”

That job, he said, could take up to a week or so and then the priority shifts to public beaches and other parts of Osoyoos Lake.

During the late fall, winter and spring, the rototilling program pulls up the milfoil by the roots while the plant is dormant. The weeds float to the surface and die in the cold water. The program only targets the invasive milfoil and not other native aquatic plants.

In the summer harvesting program, OBWB uses a different machine to cut the tops of the milfoil about five to six feet below the surface. The weed tops, which could become viable if left in the water, are pulled up on a conveyor and taken to shore.

This clears the water of weed tangles for boaters and swimmers, but unlike the rototilling, it doesn’t kill the plant.

Littley said the biggest challenge at this time of year is the lack of onshore transfer sites. Currently, the only viable location to take the cut weeds in the southern basin is Legion Beach.

Each trip from Solana Bay to Legion Beach can take roughly 30 minutes when the slow-moving machine is loaded and about 20 minutes to return. And, depending on the thickness of the weeds, it may take close to an hour to have a full load – meaning many trips back and forth.

“We can’t overload the machine because of stability and safety,” Littley said.

OBWB is trying to discourage people from flagging down the operator, Dave Hoogendoorn, because this disrupts his work and makes the process take longer.

“When we are on the water, people want us to come and get close to their personal dock and that kind of thing,” said Littley. “But we’re trying to keep the lake clear for all of its users and not necessarily provide a private service to lakefront owners. Although they do get a service out of that clearly.”

He also asks boaters to slow down around the machine because the flat-bottomed hull of the boat is very susceptible to wakes and waves.

Milfoil grows at up to five centimetres a day, so a plant that is trimmed by six feet on June 20, could reach surface again by July 26, Littley said.

Because OBWB only has two harvesting machines, the one on Osoyoos Lake moves to Skaha and Okanagan lakes when it is finished here.

“We’re usually there (Osoyoos Lake) throughout July,” said Littley. “After that, we typically have to move the machine to the other lakes.” 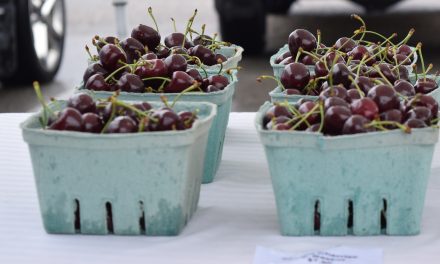 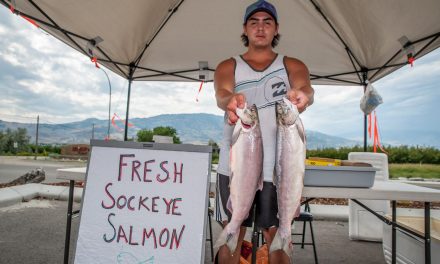 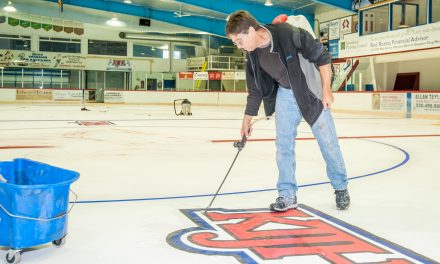 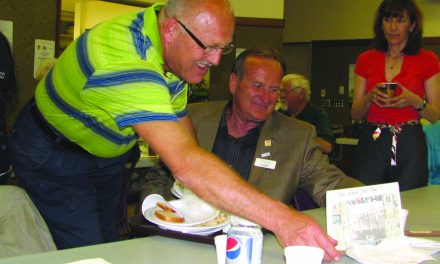