If you are age 50 and over, live in British Columbia and believe you have some writing talent, the Cedric Literary Awards would like to hear from you.

Building on the success of last year’s inaugural awards contest, executive director Veronica Osborn is calling all B.C. writers age 50 and over to submit their unpublished works of fiction, creative non-fiction and poetry to this year’s competition.

There is just over one month to make submissions before the May 1 deadline.

“Unpublished B.C. writers aged 50 and better can submit their work between Feb. 1 and May 1, when the call for submissions will close,” said Osborn, who lives in Victoria. “If last year’s competition is anything to go by, we know this year’s competition will attract a high level of interest in this first-in-Canada writing program.”

In its inaugural year in 2015, the Cedric Literary awards received 168 submissions from writers from Pink Mountain to Langley and from Fort St. James to Victoria, each vying for one of the $3,000 prizes being awarded in four categories, said Osborn.

Two of those entries came from Osoyoos-based writers, she said.

“And we had a very strong contingent of submissions from across the Okanagan Valley,” she said.

In addition to English-speaking writers, the awards program recognizes there are many writers who prefer to write in French and French-language submissions are more than welcome in this year’s competition, she said.

“Similarly, the Cedrics received a number of manuscripts from First Nations writers last year and more would be welcome in 2016,” she said.

Peter Dale is the founder of the Cedric Literary Awards.

He came up with the name “simply because it sounded nice and sounded literary … it sort of just came off the cuff,” said Osborn.

Dale believes the Cedric Literary Awards are setting the standard to get literary work recognized by unpublished Canadian talent age 50 and over.

“We are changing the landscape of literary awards programs in Canada by providing a unique platform to recognize and reward unpublished English and French-speaking authors of fiction, creative non-fiction and poetry, and First Nations writers, age 50 and over,” said Dale.

In the creative non-fiction category, submissions can’t be longer than 3,000 words.

In the poetry category, those entering must submit a “chap book” of 15 to 25 poems.

“Anyone serious about poetry knows what a chap book is and our criteria for this awards contest is a chap book of 15 to 25 pages in length,” she said.

Organizers were thrilled with the response to last year’s awards program and they are expecting much stronger response in over the next couple of months, she said.

A short list of contenders will be announced in September after all submissions have been judged by a group of literary peers and the awards ceremony is set to take place in November in Victoria, she said.

“Because we’re relatively new, we decided not to go with a gala, but more of a smaller-scale reception and all of our winners were very pleased with that,” said Osborn.

Organizers of the Cedric Literary Awards have very big plans in the next couple of years, said Osborn.

“The plan from day one was to make this a national competition,” she said. “We wanted to get it started in B.C. and make sure we had everything done right and we’re confident that won’t be a problem a couple of years down the road. Being able to sponsor a national writing competition designed specifically for writers age 50 and over who haven’t been published before on a national scale is something we’re obviously very excited about.”

Winning submissions from last year’s contest are now available on the contest website at www.thecedrics.ca.

Osborn said it’s thrilling to be part of such a unique contest that promotes literary excellence.

Authors interested in taking part in the 2016 Cedric Literary Awards can visit the awards website at www.thecedrics.ca. 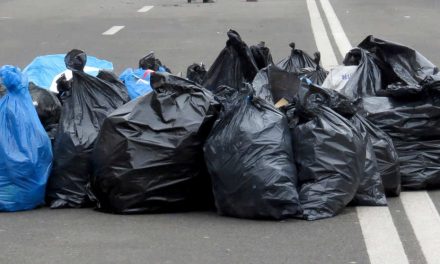 Tipping fees up at Osoyoos landfill 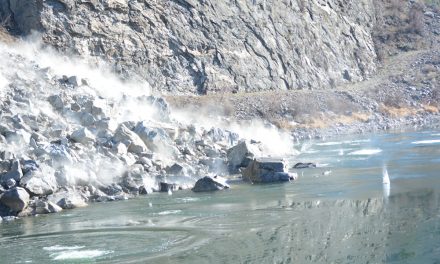