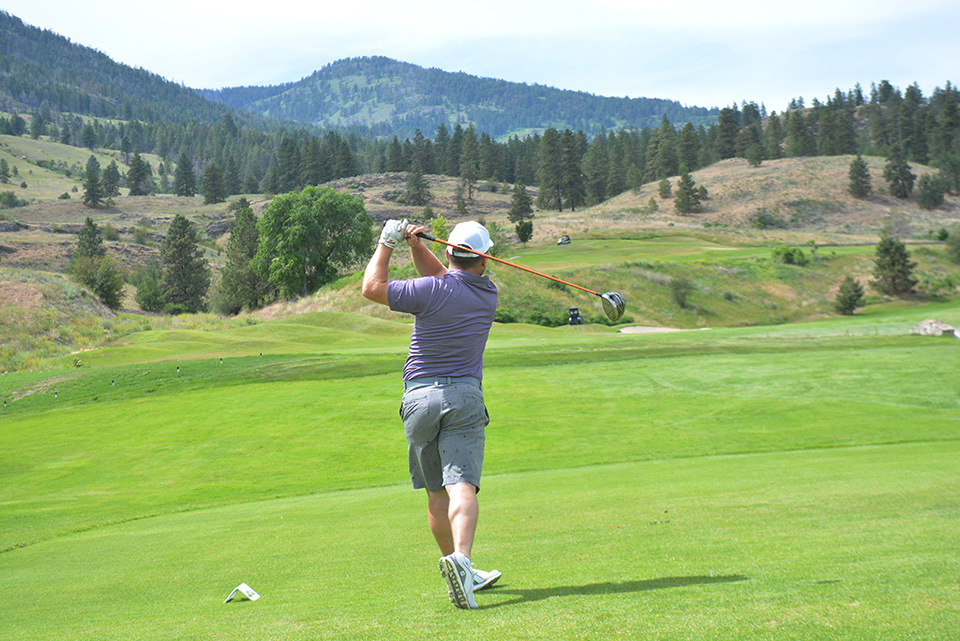 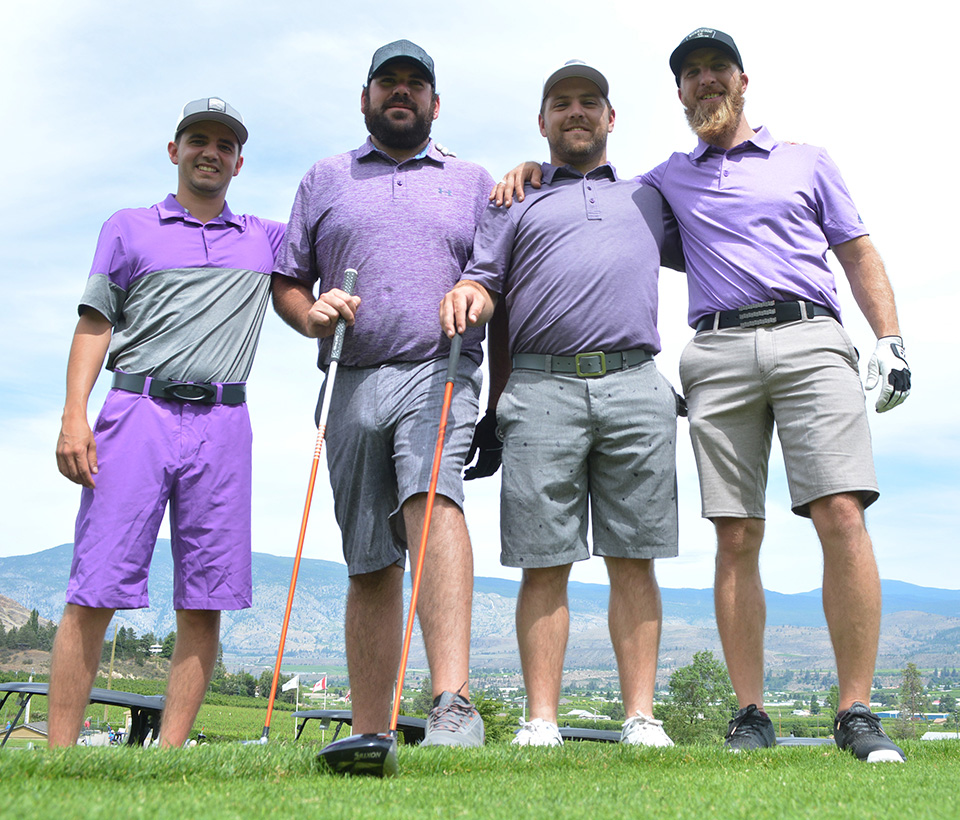 From left, Mike Fredericks, Rob Tadey, Thierry Martine and Justin Brandt take a second out of their golfathon to pose for a picture. They couldn’t stop too long because they were very busy raising money for people suffering from ALS. (Photo by Lyonel Doherty)

Four local golfers are going full bore to see how many rounds of golf they can play for a really good cause.

ALS is a fatal neurodegenerative disorder that affects the person’s motor neurons that carry messages to the muscles resulting in weakness and wasting in arms, legs, mouth, throat and elsewhere. Typically the person is immobilized within two to five years of the initial diagnosis. There is no known cause or cure yet, but there is hope through the ALS Society of BC.

During the month of June, golf professionals will golf from sunrise to sunset to support those living with ALS. Fairview Mountain is one of over 30 golf courses in BC participating in the 14th Annual PGA of BC Golfathon for ALS.

Fredericks, Martine, Tadey and Brandt are managing to play a round of golf every hour. Now that’s fast! 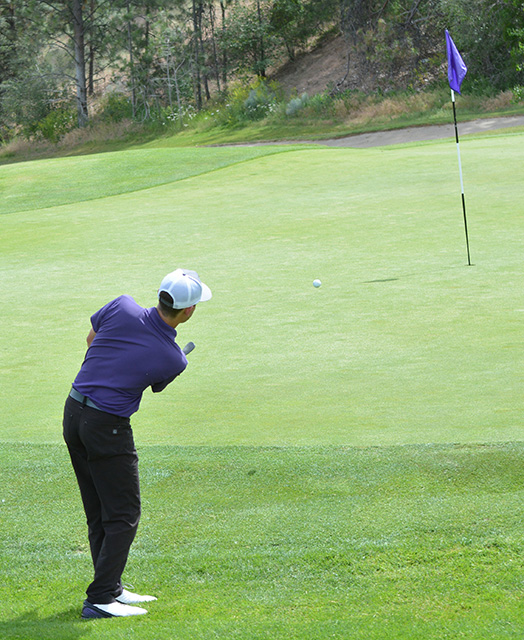 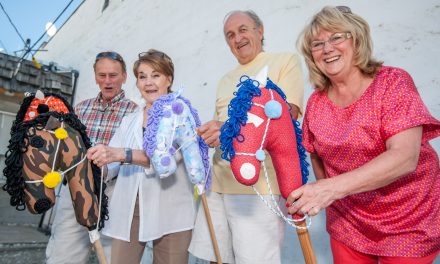 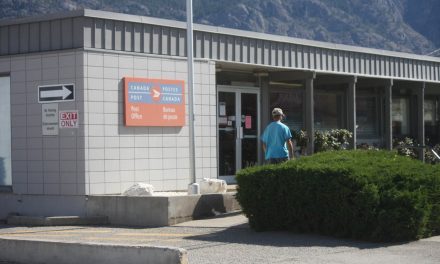 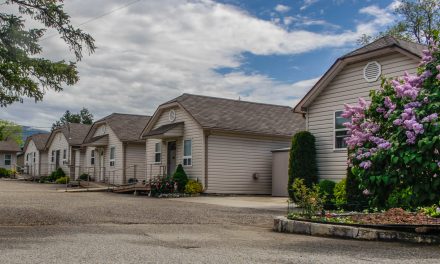