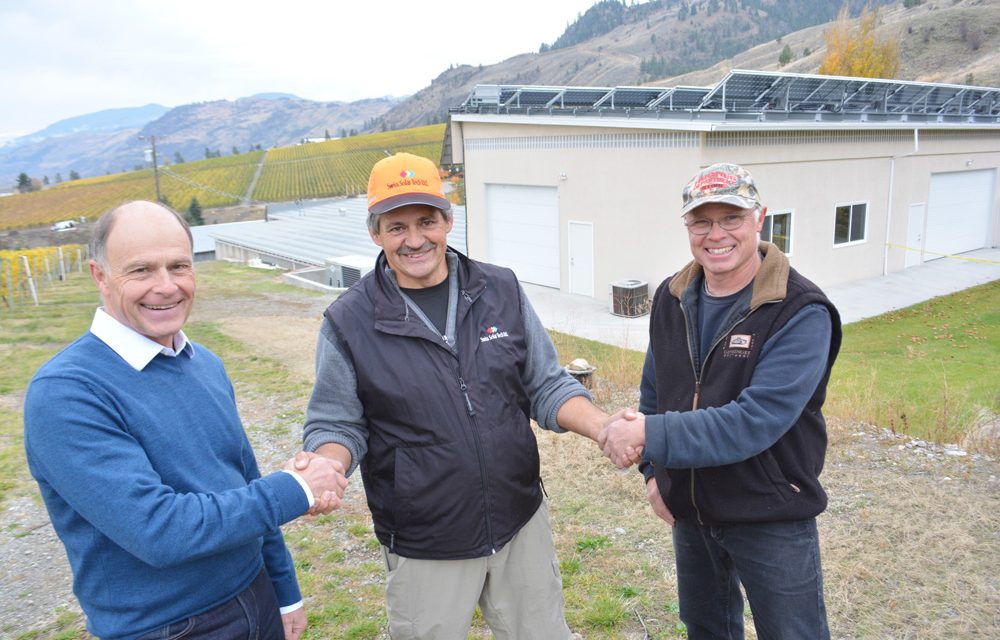 All eyes were on Gehringer Brothers estate last Saturday; not for their award winning wines, but for their “green” way of doing business.

The winery, celebrating its 30th anniversary, showed off its new solar power roof that uses the latest technology.

The public was invited to see its 144 solar panels, including bi-facial modules that boost energy production up to 25 per cent through the use of cutting edge duo cells. This innovative development converts sunlight into power not only from the front of the module but from the back as well.

The project, carried out by Swiss Solar Tech Ltd. from Summerland, made people forget all about wine on October 29.

“This is the way (this country should be doing it),” said John Allsop, who came all the way from Princeton to see the project.

Allsop is trying to get the school district in Princeton to bring solar power technology to the high school.

He noted that people have to start changing the way they think in terms of generating power, adding that solar is a good way to start.

Winemaker Walter Gehringer said the project was precipitated by last year’s wildfires in Oliver. At the time, their roof construction consisted of cedar shakes, which was a high fire hazard.

“It was time for re-roofing. When the fires hit, it was more than time to re-roof,” he said.

Gehringer sees solar power as the beginning of a new wave and envisions it becoming a general part of house construction in the future.

“We’re a green province . . . if everyone worked with solar, then we might eliminate our power requirement (by reducing the need).”

Gehringer said they paid approximately $150,000 for the solar roof, but believes that will be paid for in 12 to 15 years in energy savings. He went as far to say the investment might cut their power bill in half.

Gehringer believes the project will contribute to not having to build more infrastructure to generate power in BC.

The winemaker hopes that solar power will be a more common consideration in building development.

“If you have the capital asset, it’s the honourable thing to do (for the environment),” he said.

He noted they are generating their own power and reducing their carbon dioxide footprint.

Huber said Gehringer’s investment will easily be paid off three or four times. He likens it to buying a new car versus buying solar – you won’t get any payback from the car, but you will with solar.

Huber said not only are you saving energy costs and the environment, you’re creating new jobs for the solar industry.

Boundary-Similkameen MLA Linda Larson was also on hand to see the project, which she said was “fabulous.”

Larson said there is no reason for the wine industry not to get on the solar bandwagon if proprietors can afford it.

The MLA said she would like to see incentives for builders to add the solar option into their construction projects.

Installer Jason Goy takes people up on a scissor lift for a better look at the solar roof. 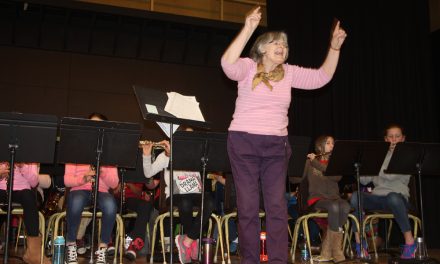 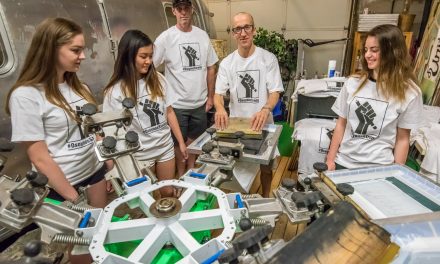 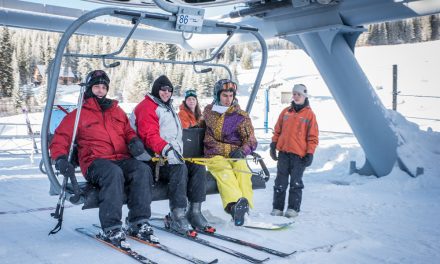