Gallery show may drive you to abstraction 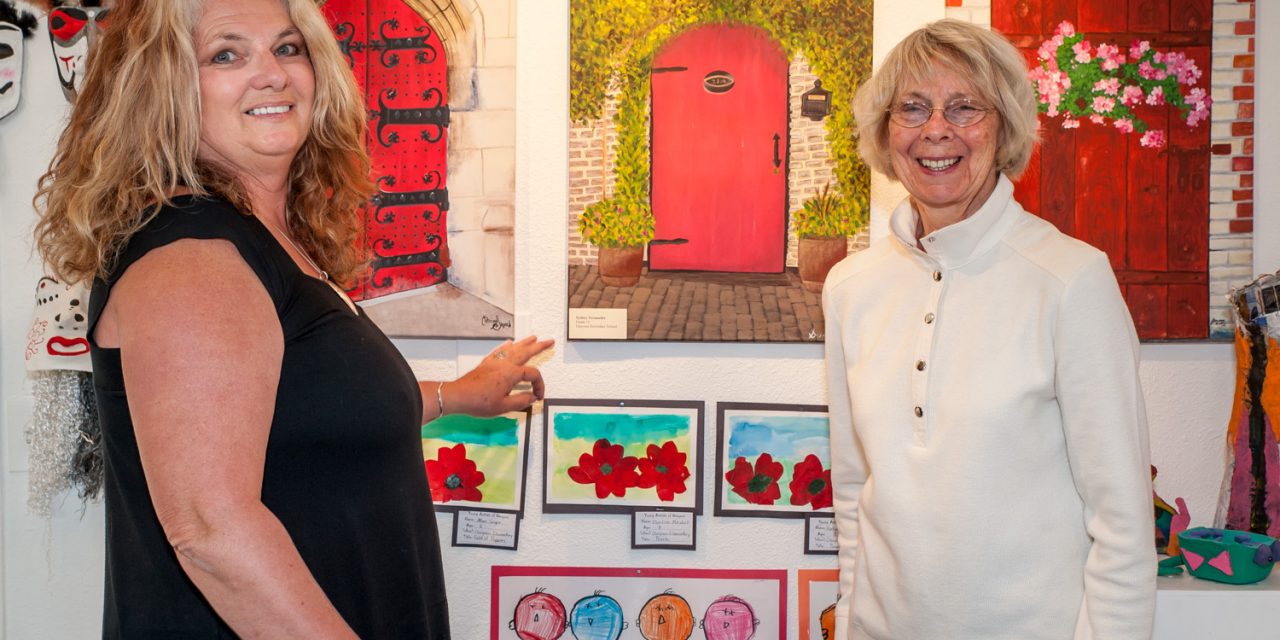 Abstract artist Ivana Zita, president of Artists on Main, shows one of her pieces that is on display at the Osoyoos Art Gallery. About 25 members of Artists on Main are participating in the exhibition. The group is open to both beginning and experienced artists and often the more experienced artists mentor others. The group uses a studio on the upstairs of the building that houses the gallery. The exhibition is open Tuesday to Saturday from noon to 4 p.m. at 8713 Main Street in Osoyoos. (Richard McGuire photo) 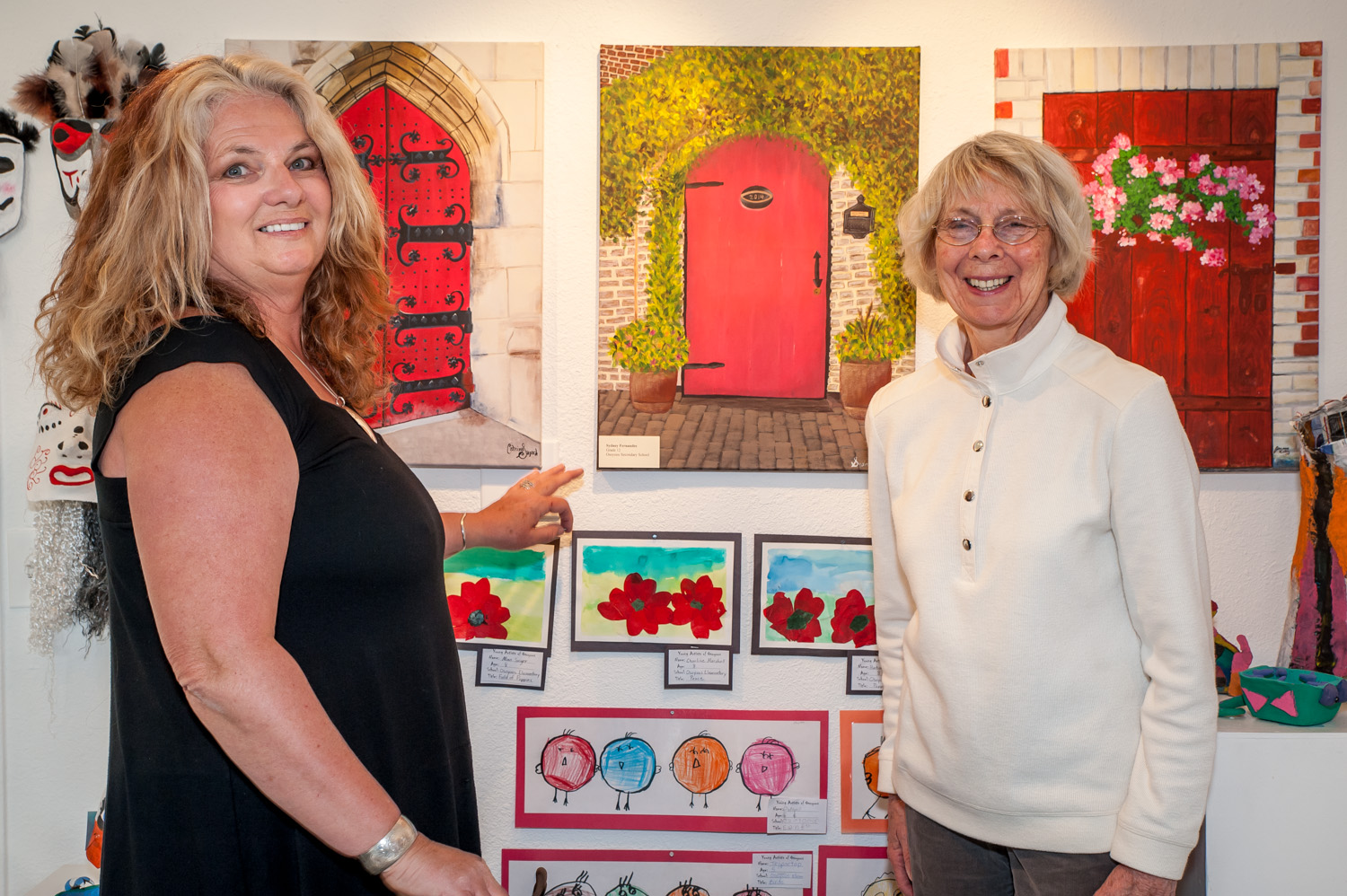 Ivana Zita is one of the local painters known for her abstract work. She is expected to be represented in “Driven to Abstraction,” which opens Saturday at the Osoyoos Art Gallery. (Richard McGuire file photo)

Not everybody “gets” abstract art, but Osoyoos Art Gallery Curator Sue Whittaker suggests people come to the gallery’s new show and enjoy the colours.

“Driven to Abstraction” opens Saturday at the gallery and runs to Jan. 28. It’s a community show with more than 40 local artists of different experience levels represented.

The idea for the show, which is a play on the words “driven to distraction,” came to Whittaker in the summer and when she put the word out in the fall, she received an enthusiastic response.

There have been shows open to works from the general public at the gallery in the more distant past, but not recently.

This show replaces the children’s show that has normally been held in January, but has seen dwindling participation in recent years.

Whittaker said she was pleased with the response to the abstract show and will have no trouble filling the gallery when experienced and budding artists bring their works in on Thursday.

Most of the works will be paintings, she said, including acrylics, oils and watercolours, but other artistic media are also represented.

These include quilting, wood, glass and photography.

“I had hoped that we would get more art that was done with metal or glass or something like that,” she said. “Maybe next time.”

Artists who have registered not only come from Osoyoos, but also from other locations in the Okanagan. Many of the artists are those who show regularly at the gallery, but many are not.

In addition to artists such as Ivana Zita and Jennifer Farnell, who regularly work with abstracts, there will be other artists more accustomed to representational work and who are stepping out of their comfort zones.

Whittaker herself falls in that category. She regularly paints in watercolours and she took to the Pinterest website for ideas on how colour is used in abstracts.

In the end, she came up with an idea inspired by Lord of the Rings, which she read about 35 years ago. She can’t remember much of the book, except “it scared the dickens out of me.”

“That’s the really neat part about this,” she said. “It has got people enthusiastic about trying that type of art. It’s really lit a fire under a few people.”

Whittaker expects to see different levels of abstraction in the various works.

“Some of it may be a little bit more figurative, towards the Impressionist side, and then stretching out to the other end of it where you shake your head and think, ‘What is going on there?’” she said. “I think people have just to come in and be open to colour to begin with. If you start from that point walking in, you’ll enjoy it.”

Whittaker said she hopes the idea becomes an annual event.

An opening reception for Driven to Abstraction takes place Saturday from noon to 2 p.m.

Osoyoos Art Gallery is located at 8713 Main Street, just west of town hall. It is open Tuesday to Saturday from noon to 4 p.m. 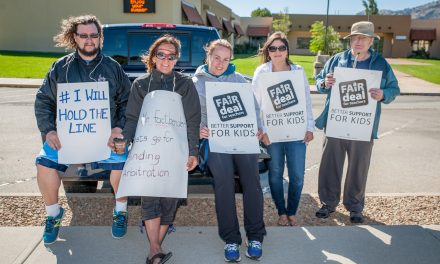 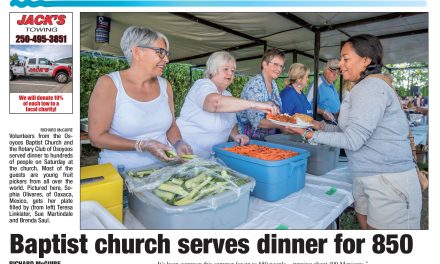 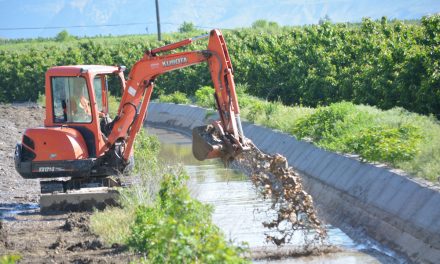 Dates set for irrigation/canal shut down 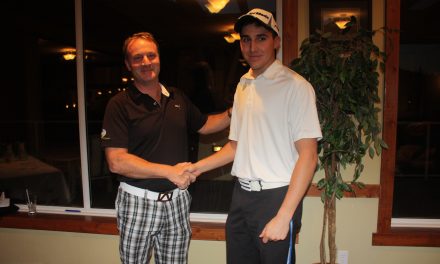