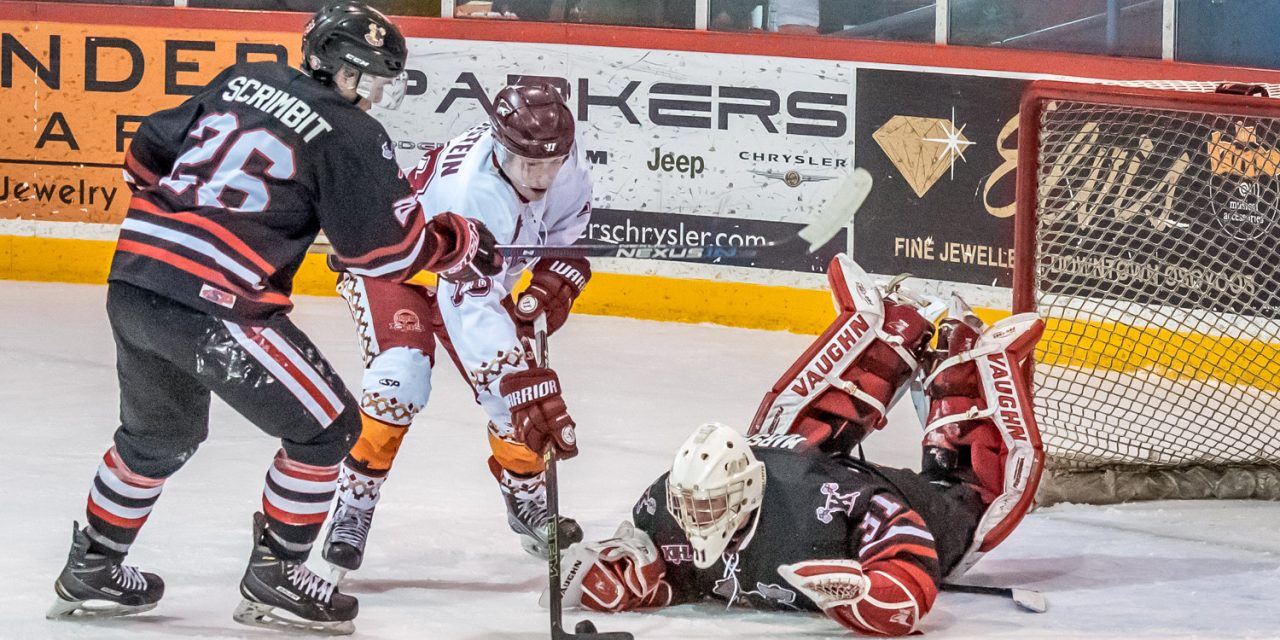 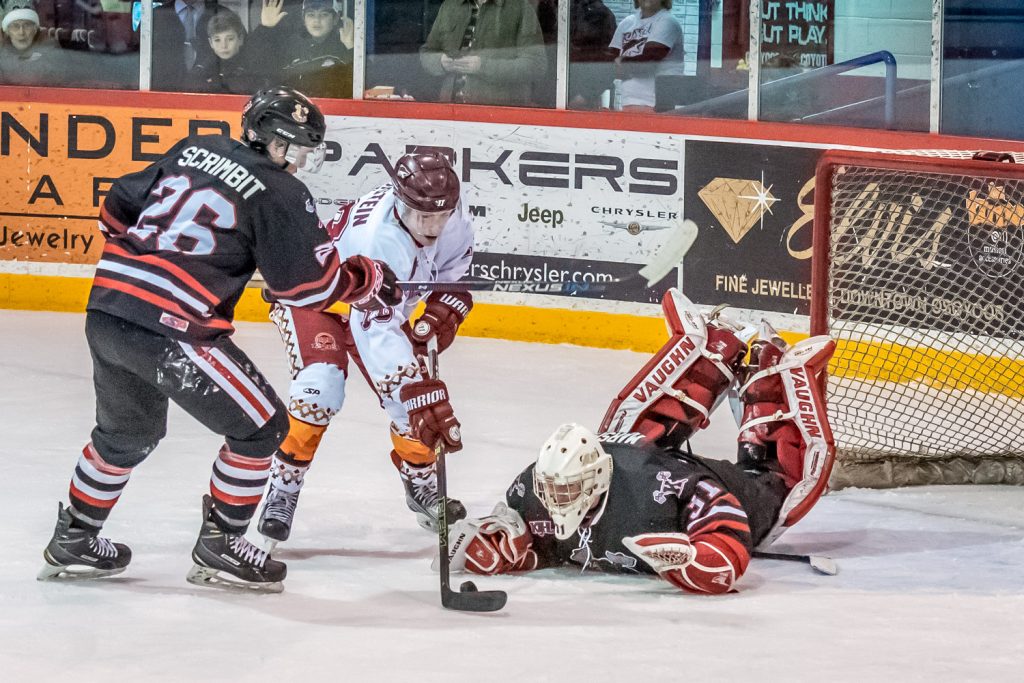 The Osoyoos Coyotes scored a 6-4 victory over the Kelowna Chiefs Wednesday night, but they almost blew an earlier two-goal lead.

At the end of the second period, the Coyotes had a comfortable 3-1 lead, but early in the third period the Chiefs scored two quick goals to tie the game.

Thanks to two late goals, one by Colton Rhodes and an empty net goal by Austin Steger with just two seconds remaining, the Coyotes recovered their lead to win the game.

The win keeps the Coyotes in first place in the Okanagan Division, five points ahead of Summerland.

Overall in the Kootenay International Junior Hockey League the Coyotes are now in third place, but the Beaver Valley Nitehawks and Kimberley Dynamiters, who are ahead of them have both played more games.

Kelowna opened the scoring halfway through the first period.

It didn’t take long for Ryan Roseboom to pick up a rebound left for him by Judd Repole and put the puck in the net from close range. Colton Rhodes got the other assist.

Late in the period Judd Repole fired the puck head on past two pairs of legs and into the net. Steger and Daniel Stone got assists.

The second period only saw one goal when Steger scored his first of two on a power play. Stone and Colin Bell got assists. This gave the Coyotes a 3-1 lead.

A minute and a half into the third period, Brett Witala of the Chiefs narrowed the Coyote lead and just over two minutes later Joel Scrimbit tied the score on a power play.

The Coyotes soon took the lead again when Hunter Johnson scored. Rhodes and Bryson Cecconi got the assists.

But a minute later, Kelowna again scored to tie the game.

Although the Coyotes dominated play in the first two periods, actually outshooting the Chiefs 16-7 in the second, they let up in the third and Kelowna outshot the Coyotes 14-12.

Finally, a goal by Rhodes put the Coyotes ahead with just 4:36 remaining in the third period. Johnson and Sam Reinbolt got assists.

In the final minute and a half, Kelowna pulled goalie Tanner Marshall for an extra attacker, but failed to score.

Steger’s empty net goal in the last two seconds was assisted by Stone and Repole.

As well as scoring the game-winning goal, Rhodes also picked up two assists and was named first star of the game.

Steger, who scored two goals and got one assist, also picked up three points. Both players are recent additions to the Coyotes and have bolstered the team.

Repole, who is not a new addition, also got three points with a goal and two assists.

Wednesday’s game followed a two-week hiatus for the Coyotes over Christmas, but they’ll be busy again Friday night when the host Princeton at the Sun Bowl.

The Coyotes then have another home game next Wednesday against the North Okanagan Knights. 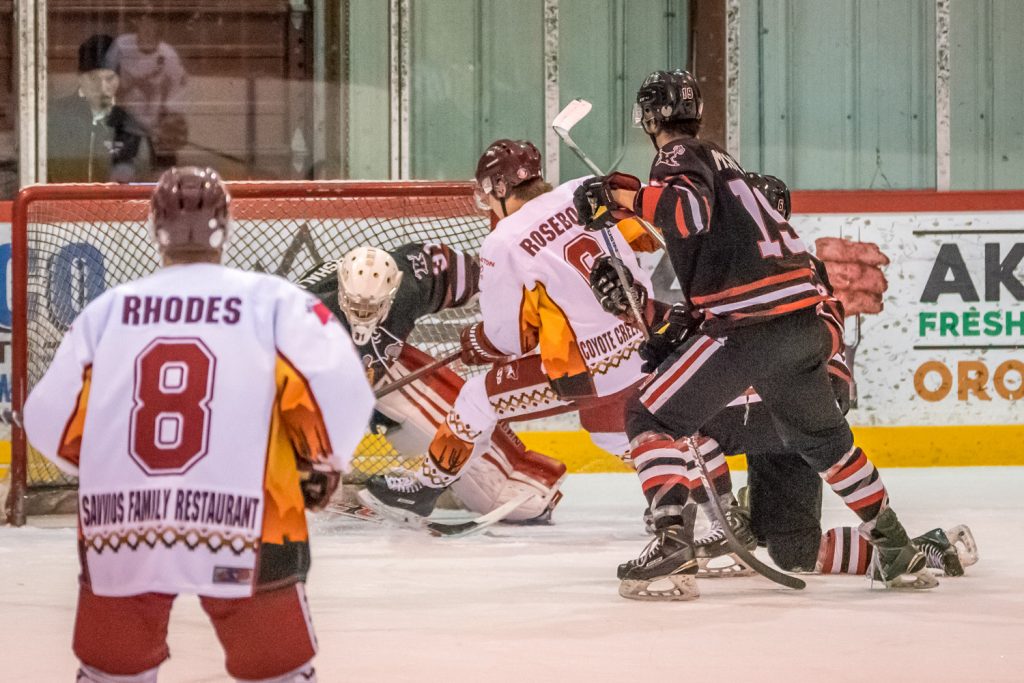 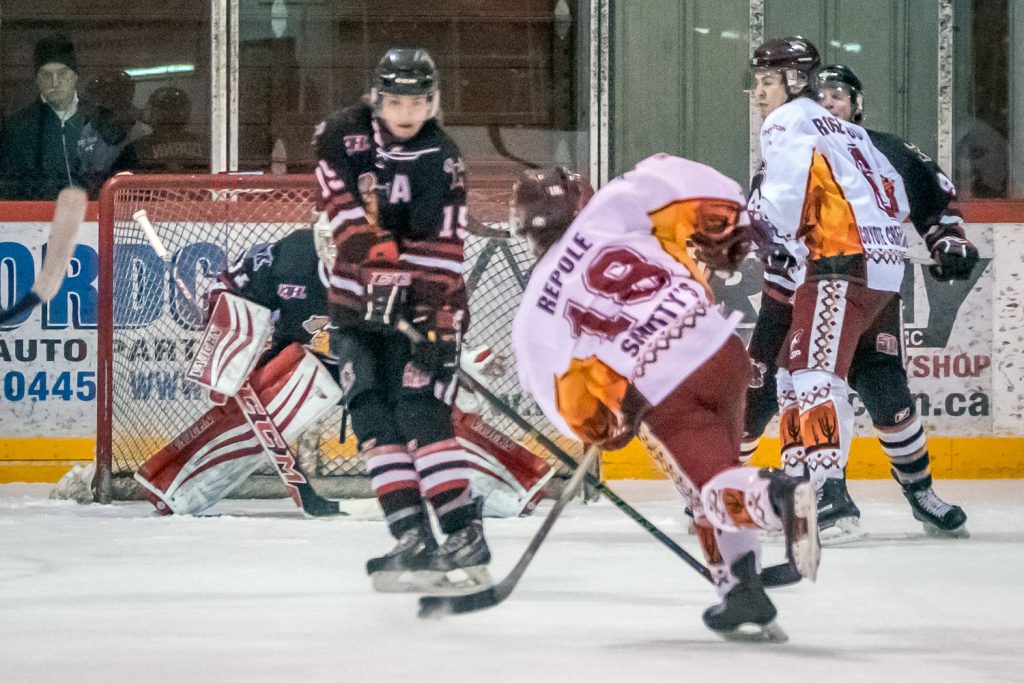 Judd Repole fired the puck through some legs in front of the net to score the Coyotes’ second goal, putting Osoyoos in front 2-1. (Richard McGuire photo) 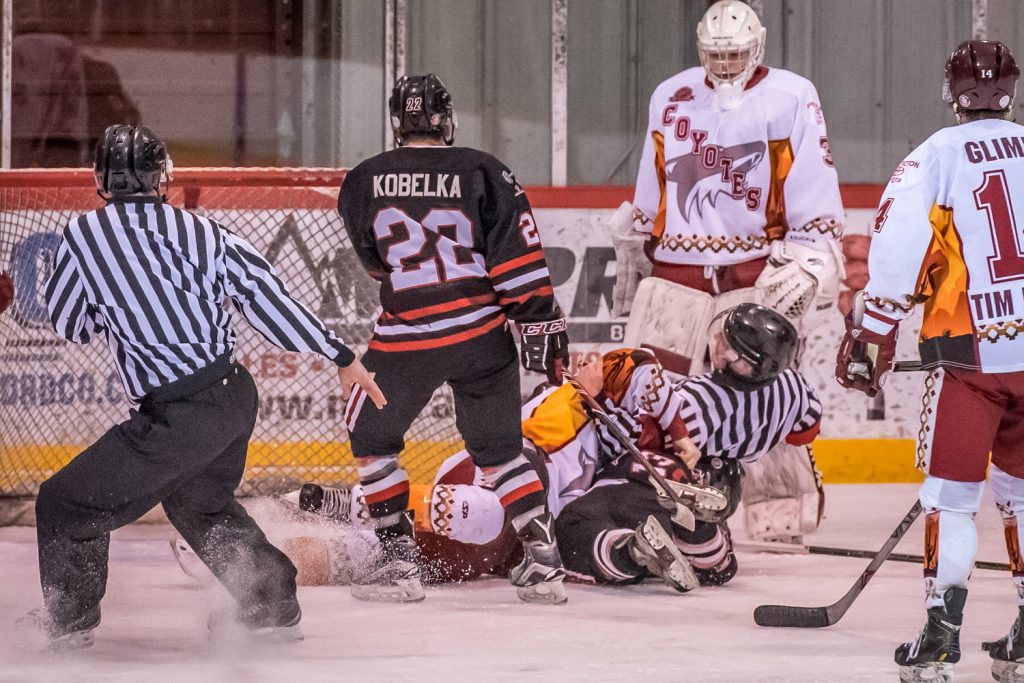 Cody Allen got a fighting penalty and a game misconduct for this incident midway through the second period. Pictured here, referee Kevin Crowell is knocked down as he tries to separate Allen and Dakota Kittle of the Chiefs. (Richard McGuire photo) 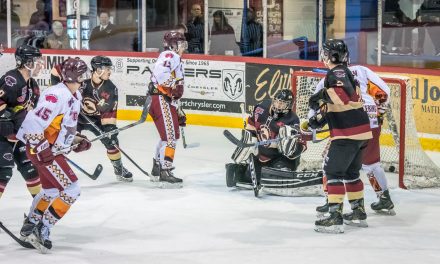 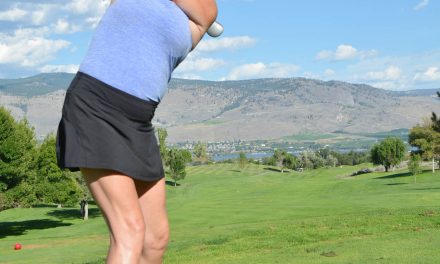 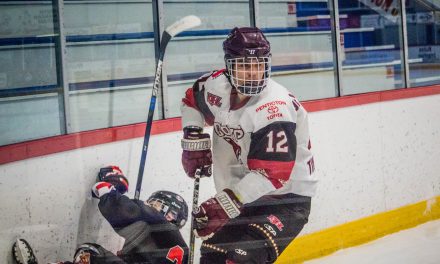 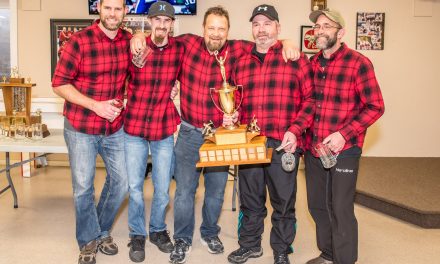 Osoyoos men’s bonspiel attracts 24 teams from across B.C. this weekend