If at first you don’t succeed, pull your hair out and try again.
That’s how the Town of Oliver feels as it has reached wits end trying to convince some businesses and homeowners to change their civic addresses (as part of the street renaming/house renumbering project).
“I was astonished at the number of businesses that have not changed their civic numbers,” said Councillor Jack Bennest.
He noted a large number of homeowners on the west side have not changed their numbers, which is concerning from a fire safety point of view. Therefore, it behooves council to do everything in its power to notify these property owners, he pointed out. That will be done via a notice when they receive their next water bill.
But council discussed going as far as ticketing people who continue to ignore their responsibilities.
“Do we want to give warnings first or send the bylaw officer out and write tickets? asked Municipal Manager Tom Szalay. He noted it’s an offence to not have the proper civic address posted on your property.
He said the Town sent out original letters about this in October of 2011. Then last year BC Ambulance Service members volunteered their time to go door-to-door notifying residents to change their numbers.
Szalay said these numbers have to be mounted on the house (or a sign). Numbers must be no less than four inches in height and clearly visible from the street. He noted some people have their temporary civic numbers on paper (that the Town provided), but that doesn’t meet the requirements – they have to be properly mounted.
Mayor Ron Hovanes said people need to get on board with this, noting homes could be threatened if the fire department can’t find the correct numbers during an emergency.
Szalay mentioned a situation on Fairview Road where someone suffered a medical crisis on the sidewalk. But some old business address numbers in the area created some confusion for emergency responders.
Bennest said he still sees old civic address numbers on some Main Street businesses. “We are not going back (to the old system),” he stated, wondering why people don’t have their new numbers up unless they are extremely lazy.
“Don’t we want a community that is safe and compliant?”
Hovanes said even some members of the fire department have not changed their house numbers. The comment was made that this was by choice as part of their protest against the street renaming project. 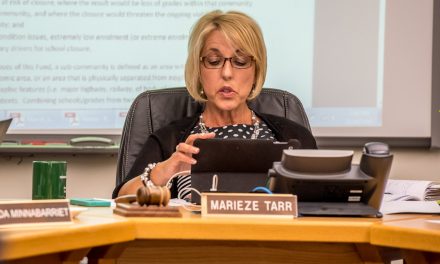 DINERS GET LESSON ON WEALTH DISTRIBUTION AT LOTTERY DINNER 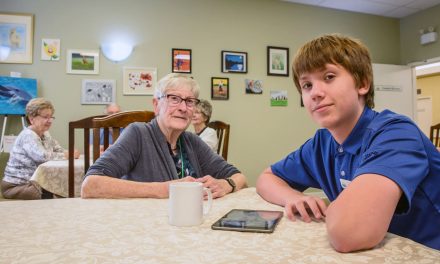