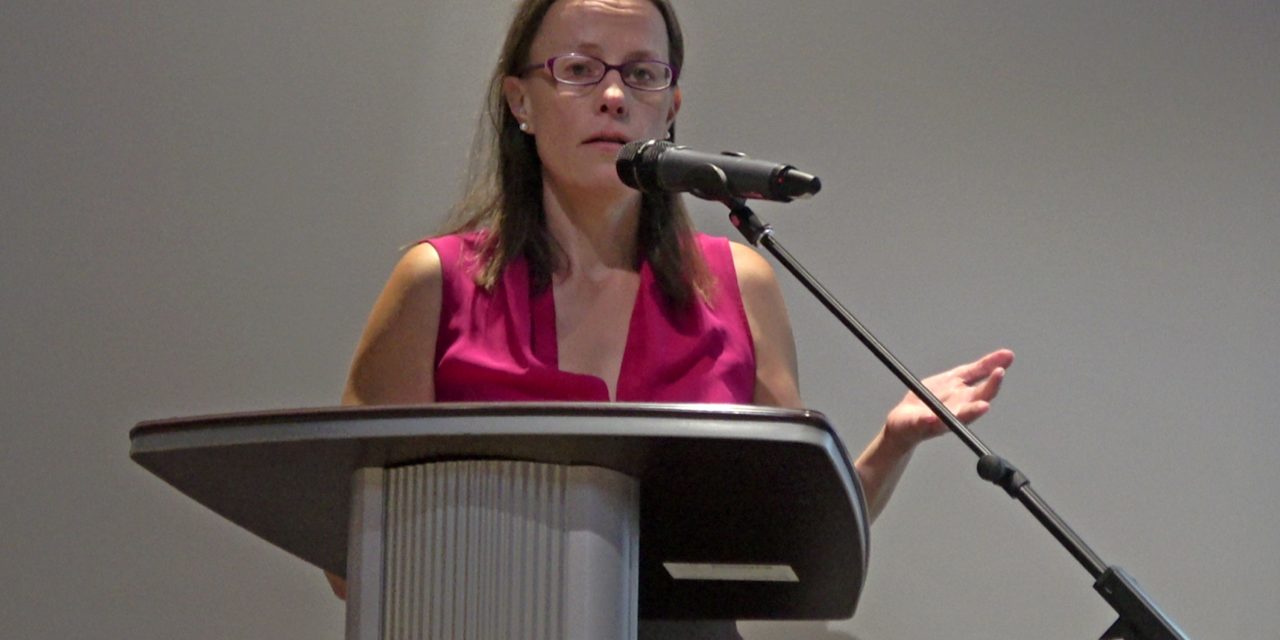 Tamsin Lyle, a leading B.C. flood engineer, called for a paradigm shift in managing floods, which are becoming more frequent. She made the comments in a keynote address to the annual general meeting of the Okanagan Basin Water Board on Friday. (Richard McGuire photo) Tamsin Lyle, a leading B.C. flood engineer, called for a paradigm shift in managing floods, which are becoming more frequent. She made the comments in a keynote address to the annual general meeting of the Okanagan Basin Water Board on Friday. (Richard McGuire photo)

As the frequency of floods increases due to climate change, and the Okanagan has experienced two consecutive years of floods, now is the time to rethink how we manage flooding.

That’s the message that keynote speaker Tamsin Lyle delivered Friday in Kelowna to the annual general meeting of the Okanagan Basin Water Board (OBWB).

Lyle, a leading B.C. flood engineer, called for a paradigm shift, emphasizing adaptation rather than trying to fight nature.

“We haven’t historically been very good at managing floods,” she told an audience of municipal leaders, planners and others who deal with water management.

Lyle, an engineer, was critical of her own profession’s handling of flood management. She described herself as also being a planner and policy analyst “wannabe,” drawing from other disciplines, and more than just an engineer.

She used illustrations of animals to reflect approaches to flood management – the stubborn bull fighting nature, the ostrich with its head in the sand, and the meerkat, which surveys the situation from above and works collaboratively.

The traditional bull approach has involved building dikes to hold back floodwaters and then building in floodplains.

Using maps of the Lower Mainland starting with the great flood of 1894, the largest on record, Lyle showed how the impact of lesser floods in subsequent years was greater as more and more people built in the floodplains.

The maps showed increased population density in such low-lying areas as Richmond, Steveston, New Westminster, Langley and, with the coming of car commuting, Coquitlam.

When the flood of 1948 came, it was less severe than 1894, but its impact was much greater because there were 50,000 people living on floodplains, she said.

As of 2016, there were 315,000 people living on floodplains in the Lower Mainland, she noted. In B.C., 675,000 people now live on designated floodplains, and that number doesn’t include other vulnerable low areas that haven’t been officially designated.

After the flood of 1948, three “gentleman engineers” – a label Lyle took exception to – were tasked with a mandate “to restore public faith” in the diking system.

They built 160 kilometres of dikes within 18 months, to a height based on the 1894 flood levels, with an additional couple of feet of “freeboard” or buffer.

And they did it, they admitted in their report, without “tedious surveys and calculations,” but rather based on “judgment and experience.”

Those design principles, said Lyle, are the ones we continue to use today.

“I’m definitely not a fan of dikes,” Lyle told the Osoyoos Times in an interview following her speech. “That’s because of what I call a serial engineering cycle. If you build a dike, they will come,” she added, referring to building on the floodplain.

A dike squishes the water upwards, increasing the chance of the dike failing, she said. Water whips down channels quickly. When a dike breaks, the people who have located near it, thinking they’ll be safe, are worse off. Riparian areas that could protect us are gone.

Lyle acknowledges that it’s not practical to get rid of neighbourhoods that have been built in floodplains, but she said it’s a question of changing building codes so that over time the vulnerable buildings are replaced with ones better able to withstand floods. In the short term, it’s also possible to retrofit buildings, she said, pointing to existing guides, including one from the United Kingdom, that tell how to do this.

Rather than trying to fight nature, other approaches involve adapting by raising buildings and designing lower floors to reduce the impact of getting wet.

This includes not using drywall on lower floors, raising electrical outlets, and taking other steps to decrease the damage if lower levels are flooded.

At the municipal level, she advised not locating critical infrastructure in floodplains, and she noted a new Vancouver hospital currently being located in a floodplain as something not to do.

One bright spot that has reduced the impact of flooding is the amount of vulnerable land that has been set aside for the agricultural land reserve, Lyle said.

Lyle’s speech was followed by a presentation from Brian Symonds, the former director of water stewardship for the Province of British Columbia. He is now retired, but continues to advise on water issues, such as Okanagan Lake levels during the last two flood seasons.

In his talk, Symonds questioned whether the current elevation for building construction around Okanagan Lake is sufficient to allow a “freeboard” or buffer to accommodate high waves and other factors.

Asked afterwards about lessons from recent floods that he would apply to people in Osoyoos and Oliver, Symonds emphasized that people need to be aware of changing conditions due to climate change and other factors.

People should use homes the way they were intended, he said, and this means not using crawlspaces for storage or renovation purposes.

“It’s a big cost to society, it’s a big cost to the individual both financial and emotional if they get flooded,” Symonds said. “If you can save yourself by doing a little bit of work at the front end to get yourself ready, to minimize your risk, so much the better.”

He pointed to a subdivision off Road 22 north of Osoyoos in which the developer was told, despite pushback, to raise the houses. They were built on pads of gravel and when the surrounding land flooded, the houses remained dry.

The current standard of building to the level of the 1894 flood plus two feet for freeboard should be regarded as a minimum for construction, said Symonds, recommending that people should try to exceed that.

Reminded of a meeting Symonds spoke at in Osoyoos during the May floods, the Osoyoos Times asked him about the challenges of regulating the dam at the outflow from Okanagan Lake in Penticton.

At that meeting a retired Osoyoos businessman attacked Shaun Reimer, the provincial official who oversees the dam, for letting out water from Okanagan Lake and sacrificing Osoyoos for Kelowna. Symonds once had Reimer’s job and oversaw the Penticton dam until he retired in 2015.

Symonds said Reimer tries his best to manage competing interests, but he pointed out that the dam in Penticton has very little impact on flood levels in Osoyoos Lake. That’s because most of the water coming into Osoyoos Lake is unregulated – either coming from tributaries entering the Okanagan River below the dam or resulting from the Similkameen River causing high backwater at Oroville. Brian Symonds, former B.C. director of water stewardship, emphasized that people need to be aware of changing conditions due to climate change and other factors. (Richard McGuire photo) 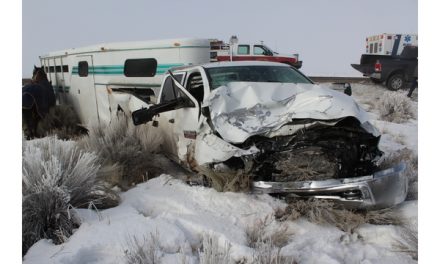 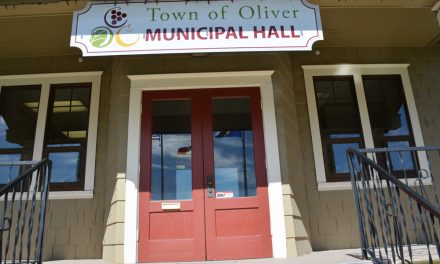 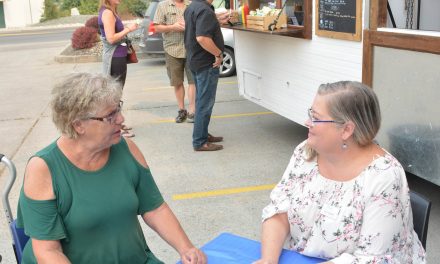 WorkBC thanks employers for hiring local 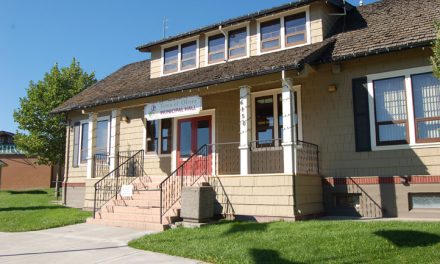