‘Stars’ come out in Oliver with Chef Lynn

This past summer, some of Oliver’s residents got a taste of fame when the Food Network came to town to film an episode of ‘Pitchin’ In’ with Chef Lynn Crawford.

The focus of the episode was cherries, in particular the Rainier variety, and so it was only fitting that some of the valley’s cherry experts be a part of the show.

The show begins on Greg and Chris Norton’s farm, where the cherries are ripe and plentiful. After a comedic, but less than successful attempt at picking cherries, Chef Lynn becomes the second person that Greg has ever fired. Of course, there are no hard feelings, and Chef Lynn returns later in the show to help Chris dry the cherries, with only slightly better success. It is clear that the running of the farm is best left to the professionals.

Chef Lynn then stops in at Medici’s Gelateria to sample some of their homemade cherry sorbeto.  Owner Silvia Badger makes sorbeto sundaes to die for, and the two sit on the patio to enjoy the refreshing treat in the Okanagan heat.

“Lynn was so normal, so down to earth,” said Silvia. “It was a lot of fun. She is a goddess in the kitchen.”  She called the experience eye-opening, and plans to use one of the recipes Chef Lynn created.

Next stop for Chef Lynn is Carolyn Madge’s home, where the crew got a chance to take in the stunning view of McIntyre Bluff and Tucelnuit Lake.

The two of them became involved in the show when Frantic Films, who produces the show contacted the Town office to inquire about whether or not the “Cherry Socials” were still taking place. They’re not, but Colleen found the opportunity to mention the Guinness World Record for the world’s largest cherry pie, an achievement that she and her mother were a part of.  Before they knew it, Chef Lynn was knocking at their door, a baggie of Rainier cherries in hand.

“We didn’t meet her until the actual filming took place, apparently that’s the way she likes to do things, so everything is fresh, there’s no sort of pretense or anything like that,” explained Carolyn. “So when she knocked at the sliding glass doors of our house and we welcomed her in, that was our very first meeting, and then 10  minutes later we’re baking pies together.  It was very impromptu, very real.”

The episode culminates with Chef Lynn preparing a gourmet meal, with Carolyn’s help, in the Nortons’ kitchen. All of the attendees were unanimous in the assessment that it was one of the best dinners they have ever had. The menu of course, featured cherries.

The group got together February 15 at Medici’s for an evening dubbed “Stars Come Out in Oliver,” where they invited people to come and watch the show on the big screen and share some wine, cherries and laughs.

Before the show, Colleen said, “It will be really fun to watch it together with the people we made it with. “We’ll be poking each other in the ribs and cracking jokes I’m sure.” 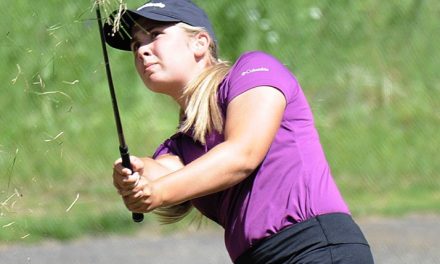 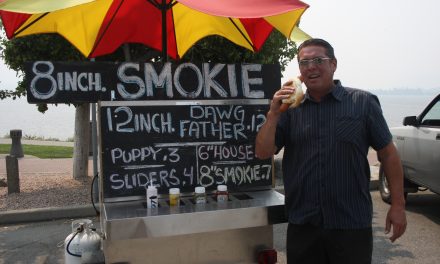 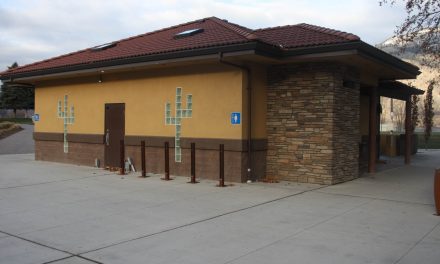 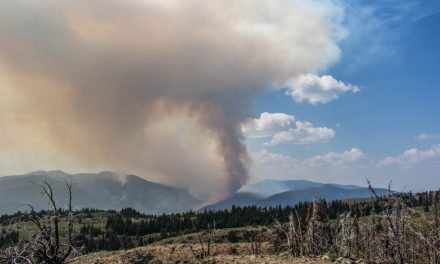