Racism is a reality

I had a brief email exchange with my editor recently, on the topic of police. We are inundated with images of police violence, reports of excessive force and cries for justice against the killing of unarmed civilians. Yet some are still standing up to say not all police are bad. I feel strongly that this argument is problematic, and I’m going to explain why.

The statement that not all police are bad is comparable to ‘all lives matter’. No one is claiming all police officers are violent racists, but supporting the organizations that are responsible for harbouring officers who are, is clearly missing the point.

Racism exists in the training, structure and history of our police. Prime Minister Justin Trudeau himself acknowledged it last week, stating that “systemic racism is an issue right across the country, in all our institutions, including in all of our police forces, including in the RCMP.”

To take a stance in defense of the “good ones,” does nothing more than validate the bad. It takes away from the fight against a system that tells Canadians they will preemptively be judged by those with the ability to wield force and manipulate the law based solely on the colour of their skin.

As a member of the press, I know that what we publish has a lot more impact on the way those who are oppressed are made to feel than many think. Publishing an article in favour of the police would further isolate Black citizens, Indigenous people, and any other People of Colour in the communities we cover. It would say that we don’t really care about what they’re dealing with. It would say that, as a fully white newspaper staff in a predominantly white area of the country, a handful of innocent white police officers’ guilt is more important than the violent experiences and danger felt by anyone with a different skin colour than our own.

I’m not saying I think that all police officers are bad, but I’m also privileged enough to feel safe calling on the police to protect my safety. People of Colour tell me they do not.

So I challenge all you reading this to do some research. Read the likes of Angela Davis and Desmond Cole, or Glen Coultard and Tanya Talaga. Educate yourselves by reading and listening to People of Colour who experience systemic racism everyday in an attempt to better understand the plight of your friends and neighbours.

“Race and racism is a reality that so many of us grow up learning to just deal with. But if we ever hope to move past it, it can’t just be on people of color to deal with it. It’s up to all of us—Black, white, everyone—no matter how well-meaning we think we might be, to do the honest, uncomfortable work of rooting it out. It starts with self-examination and listening to those whose lives are different from our own. It ends with justice, compassion, and empathy that manifests in our lives and on our streets.”

Photos are worth many words but they can be too powerful

The price of progress 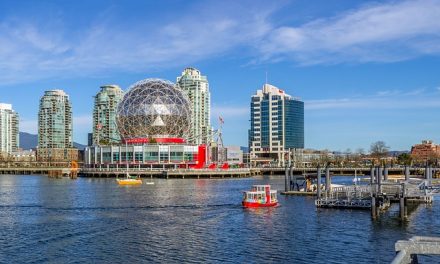 Feds and province have dithered too long on invasive species