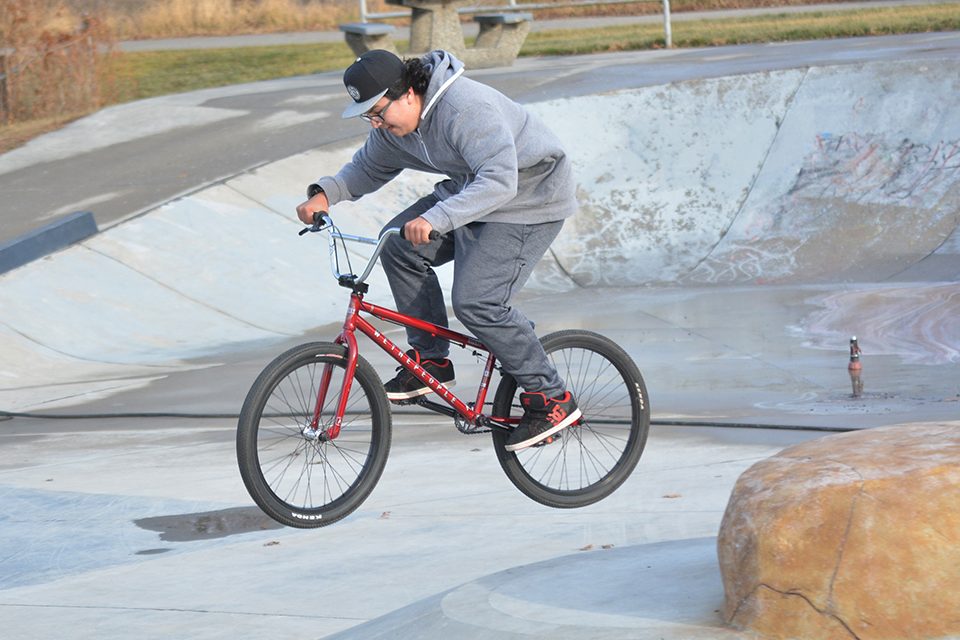 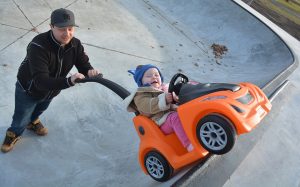 Jack Midgley pushes his daughter Coral in a miniature car during a test drive of the new Small Wheels Park in Oliver. (Lyonel Doherty photo)

That’s the response most users will give when you ask what they think of the new Small Wheels Park in Oliver.

“It’s cool,” said Tearance Louie as he rushed by on his BMX bike while navigating one of the new features.

Louie completed the circuit and let his pal, Avery Beatty, try it, but sternly warned him to go easy on the brakes because they cost a lot of money.

Meanwhile, 18-month old Coral Midgley from Oliver was having a blast while her father Jack Midgley pushed her up one of the concrete banks in a miniature car.

Jack was impressed with the design of the new park. In fact, the proof was in the pudding since Coral was smiling from ear to ear.

“There’s a lot of cool features that don’t get put in a lot of parks, like the rock that we don’t always get to do.”

He referred to the brown rock on top of the centrepiece feature.

“As a builder you like to get creative and build something unique.”

Aiken described one feature: a bank with a hip on it. You ride the bank and hop on the ledge, do a grind or slide and come back down.

There’s a quarter pipe with two hips on either side, plus an extension. And there’s a “volcano” feature that you can so some “airs” over, or some lip tricks and stalls (that’s skater talk). Hey, let’s see you do a slappy grind or pump bump.

But the most “skateable” feature is the centrepiece, Aiken said, noting you can skate it many different ways.

“With this incline here you can basically just roll and pump that, hit the quarter pipe, hit the pump bump and hit this,” Aiken said all in one breath. “You can pretty much make it all the way back without pushing at all. For me it’s awesome because I don’t like pushing too much (laughs).”

Aiken said all wheels, including scooters, can take advantage of the park.

The only thing he cautions BMX riders is to avoid damaging the hard-edged concrete with their metal bike pegs.

What some riders do is “stall” on their metal pegs, which can break chunks of concrete off of the features.

Aiken said riders can get plastic pegs instead of metal.

“A lot of the more serious BMXers will have plastic pegs because they know they don’t want to damage anything.”

He said broken or damaged edges make it very difficult to skateboard on.

And last but not least: Novice riders should wear protective equipment such as helmets and pads, Aiken encouraged.

“You’re going to fall, that’s a fact in skateboarding. I still fall all the time.”

But that’s the love of the sport; you fall and get back up again to do the trick, which is very satisfying, Aiken pointed out. 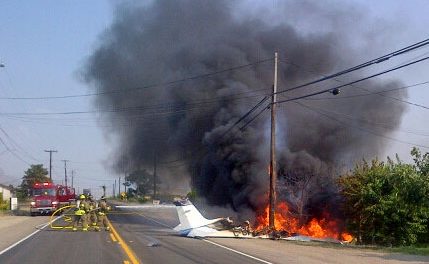 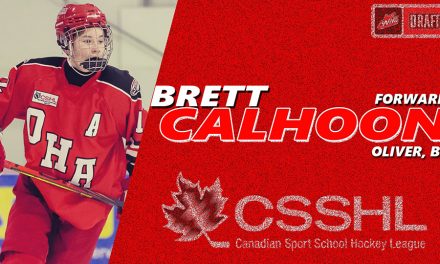