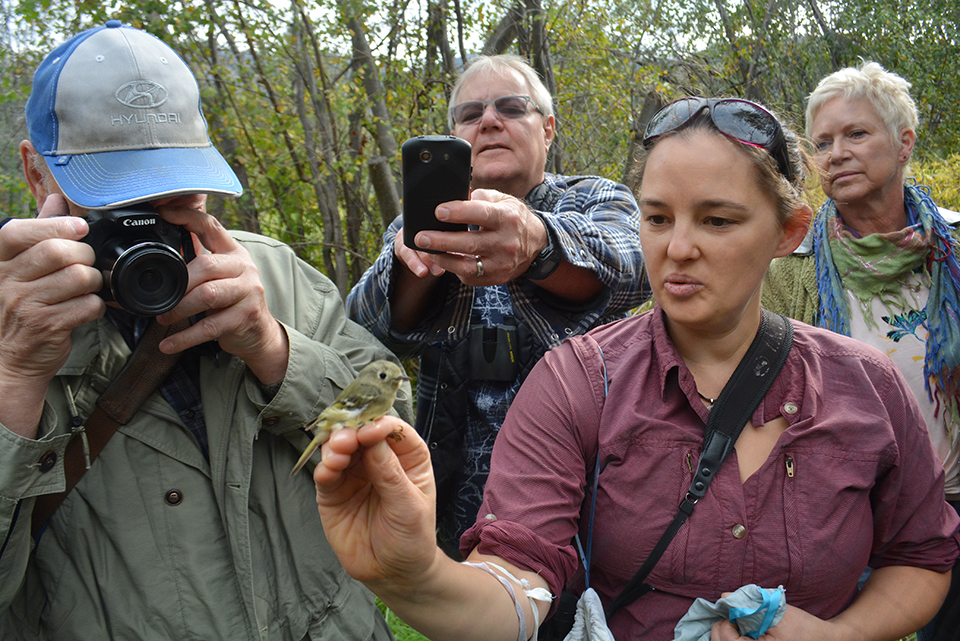 Volunteer Catherine Craig holds one of many birds for the record books during Sunday's open house at the Vaseux Lake Bird Observatory. (Photo by Lyonel Doherty) 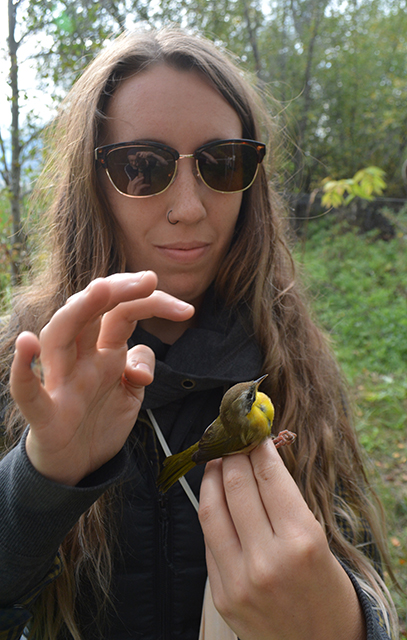 It’s a good year for monitoring bird migration, according to the bander in charge at the Vaseux Lake Bird Observatory.

While walking on a muddy trail on Sunday, Matthias Bieber said it has been a record year for bird numbers compared to previous years.

He and several volunteers were on hand during the annual open house Sept. 22 when members of the public observed the banding of various migrational birds.

Everything from the Wilson’s warbler to the ruby-crowned kinglet was observed that day in the nets, where the birds were caught and gently removed for study.

A very feisty black-capped chickadee let its displeasure be known by pecking Bieber’s fingers during one outing, prompting the bander in charge to label the chickadee the meanest bird of the bunch.

One of the highlights on Sunday was a red-shafted flicker, the loudest bird in the group. 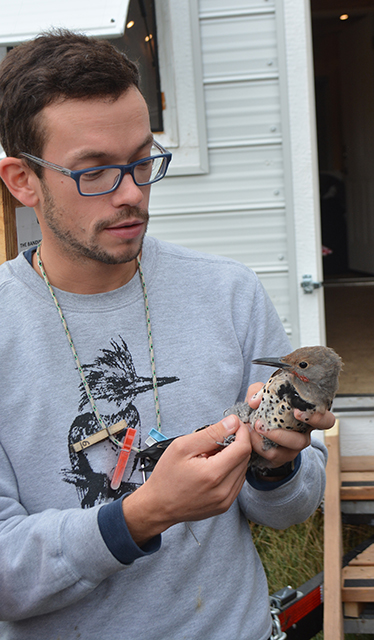 Bander in charge Matthias Bieber with a red-shafted flicker. (Photo by Lyonel Doherty) 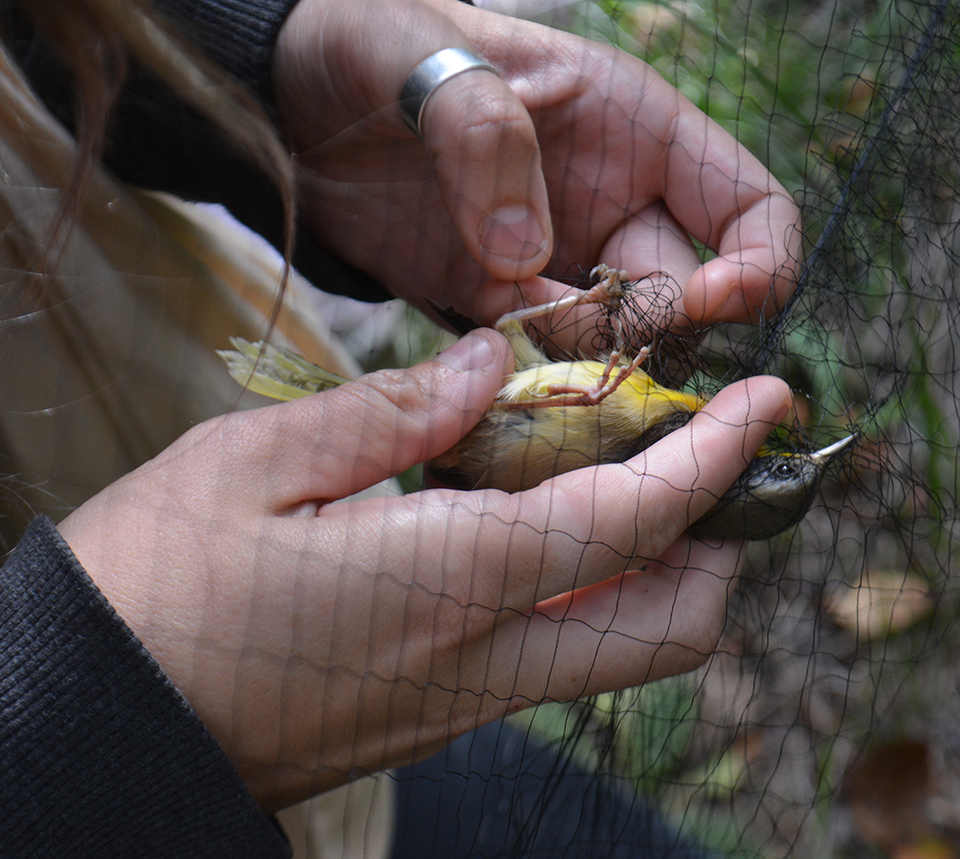 A gentle procedure to remove a bird from the net. (Photo by Lyonel Doherty) 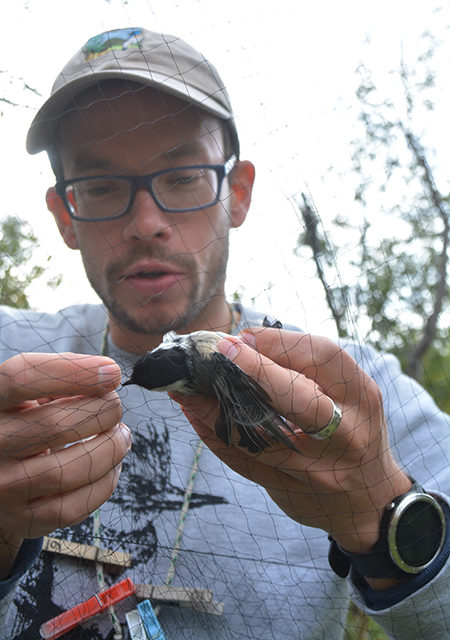 A feisty black-capped chickadee in the hands of bander in charge Matthias Bieber. (Photo by Lyonel Doherty) 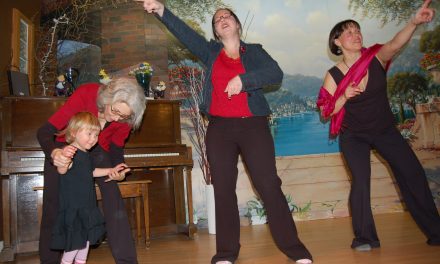 V-Day supporters ‘rise’ up against violence 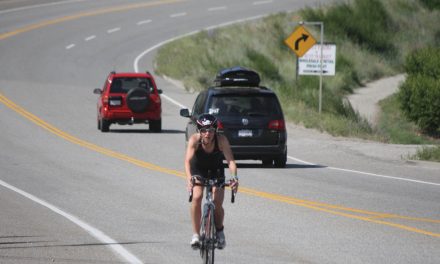 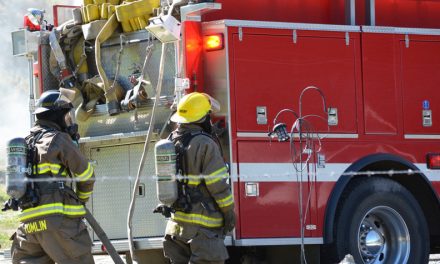