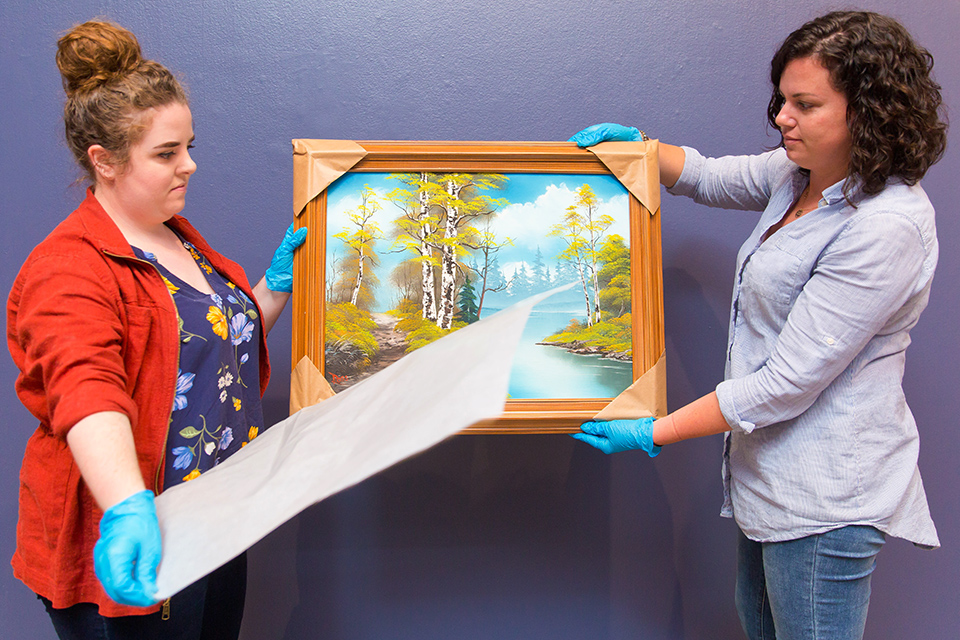 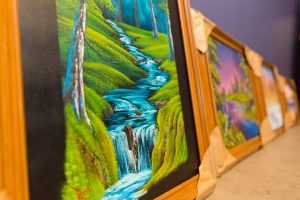 It was set to be the highlight event of the spring: The first-ever Bob Ross exhibit outside the USA, complete with 32 originals and an interactive walk through his creative process, coming right here to the Penticton Art Gallery.

A coup for both the gallery and its patriarch Paul Crawford, whose dogged research got the ball rolling. “Bob Ross: Happy Little Accidents” was going to be a serious smash hit.

And then we had a pandemic.

But four months later, amidst easing COVID-19 restrictions, Ross is once again ready to debut. And Thursday was arguably the facility’s biggest day of the year to date.

It was the day when staff and volunteers gathered excitedly in a wholly reworked main gallery to open the crates and catch their very first glimpses of the Ross works that lay inside.

Kids in a candy store? You betcha.

“Everyone else will have to wait to the official opening this Saturday,” laughed gallery rep McKaila Ferguson as the unwrapping continued. “We’ll open at 2 p.m. and end at 10, and we have a bunch of stuff planned.”

That stuff includes all-day outdoor entertainment in the form of musicians and DJ Splendid Bastard (Tim Tweed), stilt walkers, the awesome Thai on the Fly food truck, a paint-by-numbers mural where guests can add a dash of colour then sign their name, and continuous live painting demonstrations by a CRI (Certified Ross Instructor).

Inside, where social distancing measures will be observed and crowd numbers will max out at 50, there’ll be adult beverages in the Tea Room and an 80s-styled living room where guests can kick back on an old school couch and watch episodes of Ross’s now ubiquitous Joy of Painting instructional TV show in a setting reminiscent of the era where it all began.

Accompanying exhibits will include “Speed: The History of Speed Painting in Canada,” where the gallery looks at Canadian artists who worked in a similar speed-painting style years before Ross was even born, and the reality-challenging “En Game Air,” featuring three painters who create landscapes they experience while playing video games.

It’s going to be a blast, but don’t fret if you can’t make it this Saturday. The exhibit, without the added outdoor attractions, will continue every single day throughout the summer to its official close on September 13. Admission anytime is by a suggested $5 donation at the door.

And one other thing. The gallery will run “Bob Ross Painting Classes,” again hosted by a CRI, every second Saturday to September. Three of the classes are already sold out, so contact the gallery soon at 250-493-2928 if you want in.

“This show is really about the larger questions of what is high and low art,” said curator Crawford. “What is worthy of being in a museum?”

“Bob Ross is probably one of the most famous artists of the 20th century. You can say what you want about his art, but he’s the entry-level access. He’s like the cannabis of the art world. He’s made art more accessible to more people than anyone else.”

The Penticton Art Gallery is situated on Penticton’s Okanagan Lake waterfront at 199 Marina Way. For more information, hit up the gallery website at www.pentictonartgallery.com. 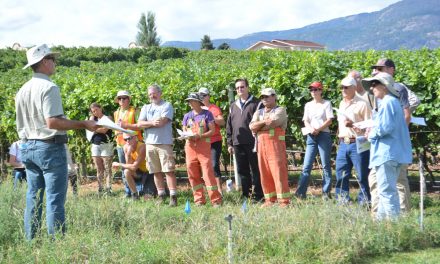 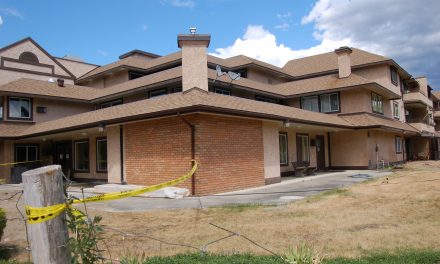 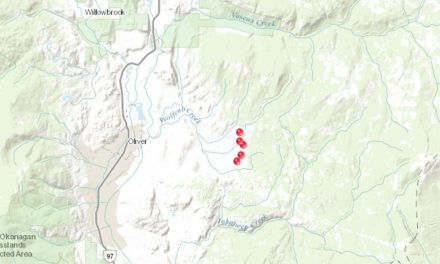 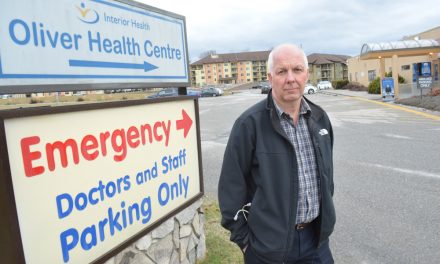