Bylaw officer resigns over lack of support from Town management 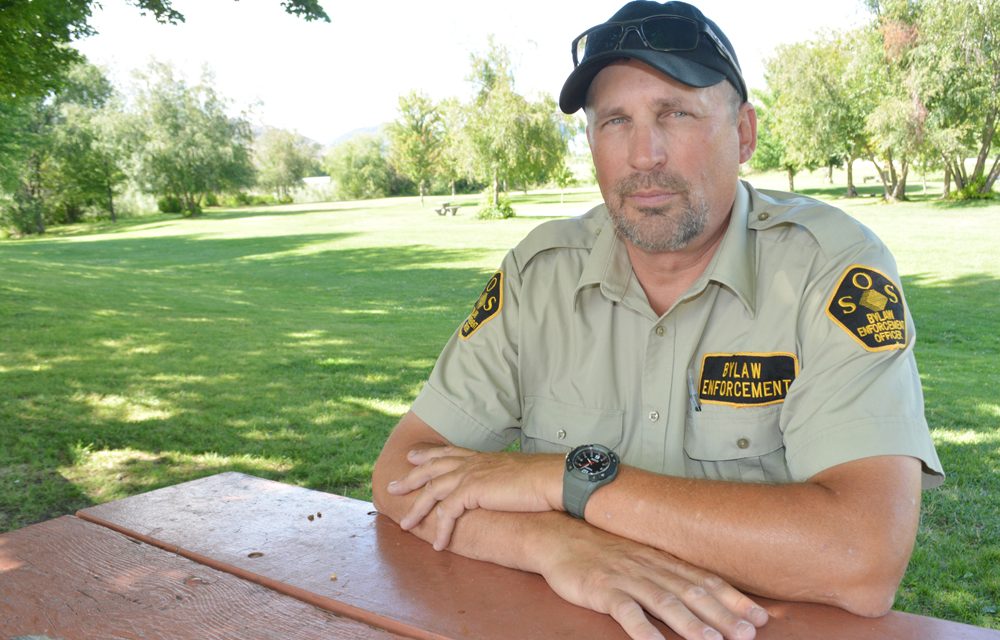 Donald Lowndes has resigned as the Town’s bylaw enforcement officer over a perceived lack of support from Town management. (Photo by Lyonel Doherty)

Oliver’s bylaw enforcement officer has hung up his uniform for good because of a perceived lack of support from the Town.

Donald Lowndes said he resigned last week in order to protect himself and his credibility after fighting a losing battle with the powers that be.

“It appears a corporate officer employed by the Town of Oliver can be easily duped by petty complaints from suspicious sources that are often supported by town hall without all the facts,” he said.

Lowndes referred to bylaw infraction tickets being cancelled simply because someone complained about them.

“I do not support bias selective favoritism,” he said, noting that bylaw enforcement must be professional, impartial and fair to all regardless of whom the offender or violator is.”

According to Lowndes, the few times he wrote tickets the violators would complain to the corporate officer (Diane Vaykovich) who would then dispute the validity of the enforcement action.

“It’s quite a vicious circle of bylaw enforcement in Oliver,” Lowndes said.

In reply, Vaykovich said the matter is an internal staffing issue and is being reviewed. But Mayor Ron Hovanes defended the Town by saying council relies on an approach where issues are resolved “without getting heavy handed.” He explained that the Town attempts to work with people to rectify violations via verbal or written warnings prior to ticketing.

The mayor didn’t agree with Lowndes who alleged that the corporate officer contravenes bylaws to rectify violations and complaints from offenders.

Hovanes said the corporate officer receives her direction from council and does not break bylaws to rectify situations in town.

Lowndes provided one example where he responded to “several complaints” regarding noise from idling transport trucks close to Centennial RV Park on Station Street. He spoke to one truck driver about the noise problem that was reportedly “disturbing the community.” Lowndes suggested the driver move to another location, but a complaint to the Town resulted in the corporate officer issuing permits to allow the trucks to continue parking on Station Street.

“Businesses and business owners are not special and are not exempt from bylaw violations regardless of the fact our mayor is connected to the local business community,” Lowndes said.

But the mayor said the traffic bylaw allows for parking permits in restricted areas. He added that the driver parks on Station Street and walks five minutes to his home in town.

“Although the corporate officer was anaware of the noise complaint, she did stipulate he must not let his truck sit and idle at night or morning.”

Hovanes said Lowndes took it upon himself to attend the Public Works department and request no-parking signage be placed in the area.

“At no time did the bylaw officer inform us or did we receive any complaints of noise.”

Another issue that concerned Lowndes was he was asked to move his travel trailer from Station Street, where he parked in order to be in close proximity to his enforcement route (and to keep costs down). He said this plan was originally supported by the corporate officer.

Lowndes explained this location was perfect for random patrols to combat noise, alcohol, drugs and vandalism in Lion’s Park and the downtown core.

He noted the people who had their unwanted behaviours disrupted and displaced made threats against him, which included death threats. He was also stalked by these people, Lowndes said.

The bylaw officer took this complaint to the RCMP, but he said the police didn’t properly address it and no charges were pursued.

Sergeant Blaine Gervais said the privacy act prevented him from speaking about any investigations involving Lowndes.

Regarding the travel trailer, Hovanes said that Town bylaws stipulate there is no camping on Town property except in Centennial Park. He added the bylaw enforcement contract talks about vehicle and foot patrols, not the requirement of an “office.” And no discussion was held between the Town and the contractor to allow for the trailer on Town property.

“The bylaw officer could have moved his trailer to Centennial Park,” the mayor said.

Hovanes conceded that bylaw enforcement in Lion’s Park this summer did improve the atmosphere of the area. But he pointed out that Oliver is a “more tolerant and understanding” community.

The mayor said that every community has residents and visitors who are “challenging” and create a nuisance in public places.

“These types of issues will never be resolved, and if conflict arises between bylaw and these individuals, the services of the local RCMP must be engaged.”

But Lowndes said there is simply no compromise for public safety, and believes the Town needs a “street smart” individual who knows how to deal with people who break laws and attempt to manipulate Town employees to achieve their goals.

Lowndes said his efforts were merely focused on dealing with the out-of-control, free-for-all behaviours in the community, which he foresees will continue for years to come.

But some people in Oliver don’t see it that way.

One local resident, who didn’t want to give his name, said he had one encounter with Lowndes about a parking issue.

“It rapidly degenerated into a confrontation, so I walked away.”

He later spoke to the Town about the bylaw officer’s behaviour.

“The issue is the way he spoke to me in an authoritative, confrontational manner. He said, I quote, ‘I will win this war.””

The resident also recalled Lowndes saying that Oliver never had a bylaw officer until now.

One out-of-town visitor told the Chronicle that he spoke to Lowndes one day, noting how the officer expressed his desire to move the public bench behind the Oliver Visitor Centre because it was a gathering place for undesirables. He then recalled Lowndes saying that the municipality hired him to “clean up the town.”

“I remember thinking it was right out of a John Wayne movie,” said the visitor, who also didn’t want to be identified.

Trail George from Houston, BC, said Lowndes approached him in Lion’s Park about his dogs off leash. George recalled that the bylaw officer didn’t have identification and was not in uniform.

According to George, Lowndes was rude in his approach and inferred that he didn’t know how to read signs in the park advising people that dogs must be on leash.

“He should be a lot less aggressive,” the young man said.

But Natalie Korsovetski, interim manager of Oliver Parks and Recreation, said Lowndes was very passionate about his role in the community.

“We had no problems with him here.”

She noted that Lion’s Park faces its own set of unique challenges every summer.

“Aside from one case of vandalism, we were fortunate to have a rather quiet year when it came to complaints and public disturbances.”

Linda Schaffrick, secretary for the Oliver Lion’s Club, said she found Lowndes to be very friendly and easy-going.

She noticed a big difference in Lion’s Park since he began regular patrols. “It was quieter . . . he was around more than (other bylaw officers) before.”

Don Moore from SOS Security, the company that hired Lowndes, said every method that Lowndes used to enforce the bylaws in Oliver was “absolutely correct and proper.”

Moore said Lowndes had a difficult job, particularly dealing with the “rougher characters” in town.

Moore noted that since Lowndes resigned, Lion’s Park has “gone to pieces” again with dogs off leash, beer drinking and pot smoking.

Lowndes said he’s still getting calls about dogs off leash.

He stressed that he never abused his authority in Oliver, and if he did offend anyone, that was not his intention.

Lowndes sent this photo to the Chronicle, saying this is almost a daily occurrence while working in bylaw enforcement in Oliver. 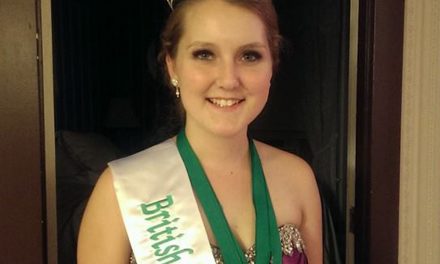 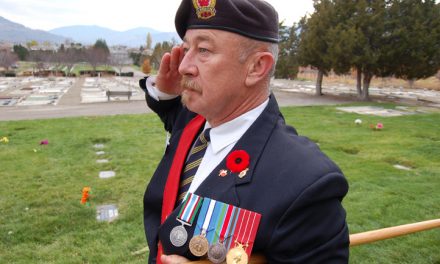 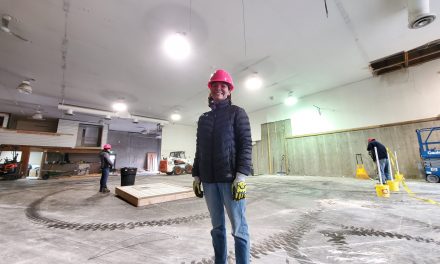